Elon Musk: Why he claims a billionaire tax is bad for SpaceX Mars City

“preserve the light of consciousness.” (and don’t pay more taxes) 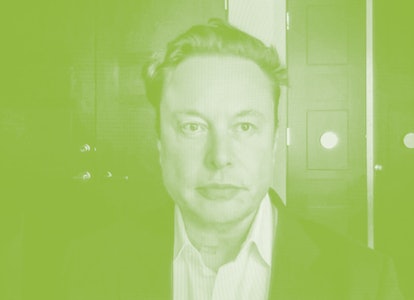 Bad news for Elon Musk — a planned U.S. government bill could ask him to pay more taxes. Much more.

On Tuesday, the New York Times reported that, as part of a $1.5 trillion spending plan, Senate Democrats plan to tax billionaires on the unrealized gains in value for liquid assets like stocks.

The move could hamper a technique, used by Musk and others, to leverage the value of those assets without actually selling them and paying tax on the gains.

Musk, right now the world’s richest person with a net worth of $292 billion, would be hit by the new tax. A Twitter post on Tuesday suggests he’s not happy.

“Eventually, they run out of other people’s money and then they come for you,” Musk wrote. The post bears some resemblance to former British prime minister Margaret Thatcher’s famous quote about the problem with socialism.

According to a ProPublica report in June, Musk paid no federal income tax in 2018.

Musk is also someone that sold almost all his houses and now rents a $50,000 prefab home in Texas. He’s not known for lavish parties or extravagant trappings, nor does he make particularly large donations to politicians.

Instead, according to Musk himself on Thursday, his motivation for accumulating wealth is to achieve his ultimate goal: to transform humanity into a multi-planet species.

Musks’ response to the tax.

Want to find out more about Musk’s plans for the future of humanity? Subscribe to MUSK READS+ for exclusive interviews and analysis about spaceflight, electric cars, and more.

How much money does Elon Musk have?

Bloomberg estimates Musk is worth $292 billion. Of that:

In 2018, Tesla and Musk agreed to a new compensation setup.

The reward pays out in 12 stages, based around market cap growth and other operational goals. Every time Musk clears a stage, he gets one percent of the total outstanding shares. To receive the full payout, Musk had to grow the company’s market cap from around $50 billion back then to over $650 billion.

Tesla does offer Musk a paycheck, but he doesn’t take it. In 2018, Fortune reported that Tesla offers Musk a check for the California minimum wage of $56,000, but he refuses it.

Instead, as outlined above, Musk receives generous stock offerings. This provides tax benefits.

In a June 2021 article, ProPublica explained that the highest rate of income tax was 37 percent, set for couples earning above $628,300. Capital gains tax, which is the tax on the profit gained when selling specific assets, reaches up to just 20 percent.

The ProPublica article explains Musk and others avoid paying either of these taxes by instead taking out loans. Banks use the stock as collateral to hand out loans to billionaires. They pay the money back plus interest, but the interest rate is smaller than income and capital gains taxes.

The Wall Street Journal reported that, as of 2020, Musk had used 92 million of his 227 million Tesla shares to secure personal debts. At the time of writing, those pledged shares were worth nearly $100 billion.

In a separate article in May 2020, the Wall Street Journal also highlighted the risk that banks may call in the loans if the stock price drops. That could push Musk to sell shares, which could push prices down.

Musk and taxes: What changes with the plan?

If the tax on billionaires goes through — and chances are slim that it will — it would mean Musk and other billionaires are taxed on unrealized gains in wealth.

A version of the plan unveiled this week would tax unrealized gains for individuals with more than $1 billion in assets, or $100 million in income, for three consecutive years. It won’t come into effect until 2022 if it’s put into effect, but Forbes estimates the new plan would have taxed Musk $29.8 billion over the past two years — far higher than the $455 million he paid from 2014 to 2018.

A big question, the New York Times says, is whether the plan is constitutional. The 16th amendment allows the federal government to tax income, but it’s unclear if unrealized gains would also apply.

What is Musk saving all that money for?

Musk told the New York Times in 2018 that he wanted money to fund his long-term goal of transforming humanity into a multi-planet species.

“None of it is intended for dynastic wealth creation [...] The reason that it’s important to me personally is that there’s some pretty big things that I want to do. I want to contribute as much as possible to humanity becoming a multi-planet species [...] That obviously requires a certain amount of capital.”

“A certain amount” is one way of putting it.

He repeated this goal on Tuesday, tweeting that: “My plan is to use the money to get humanity to Mars and preserve the light of consciousness.”

This is an old phrase for Musk, and he’s used variations of it for years. He recently put it very poignantly with Kara Swisher at the Code Conference. But the more one hears it, the more it becomes a slogan, especially when trotted out as a defense against being taxed more to cover policies that would create social safety (things like paid family leave) net and climate-sustaining job infrastructure (so-called “green jobs”).

Musk aims to establish a self-sustaining city of one million people on Mars by 2050. He estimates it would require sending one million tons of cargo to Mars to achieve this goal.

Beyond his personal wealth, Musk claims initiatives like the Starlink internet service are also aimed at generating revenue for these long-term projects.

In 2019, at the World Artificial Intelligence Conference in Shanghai, Musk summed it up neatly: “It seems like a wise investment for the future.”

More like this
Innovation
Jan. 25, 2023
Starship orbital flight: SpaceX successfully loaded the rocket with over 10 million pounds of propellant
By Mike Brown and Molly Glick
Innovation
Jan. 23, 2023
These 5 futuristic tech ideas could help us explore distant worlds
By Jennifer Walter
Science
Feb. 1, 2023
65 Years Ago, America Launched Its Most Pivotal Space Mission Ever
By Jon Kelvey
LEARN SOMETHING NEW EVERY DAY.
Related Tags
Share: