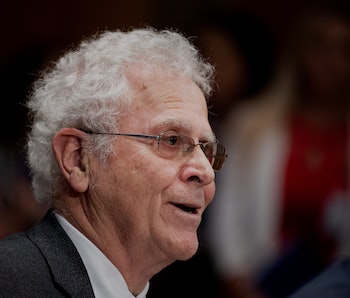 A story for the space ages

The NASA engineer is perhaps best known for his 1998 memoir Rocket Boys, which chronicled growing up in West Virginia with dreams of becoming a rocket scientist. A movie based on the book October Sky — the title an anagram of Rocket Boys — debuted on his birthday on February 19, 1999.

Hickam tells Inverse that he wrote the book at the same time as the team was developing the movie: “That's very, very rare.”

“I was sending out chapters to the screenplay writers as they were writing it,” he says.

Hickam had a sense, then, that Rocket Boys was going to be a hit. It reached number one on the New York Times bestseller list, the film received widespread critical acclaim, and Hickam still receives fan mail from around the world — letters from India, China, Brazil, and elsewhere.

Perhaps no surprise, then, that the story went on to inspire a new generation of space explorers — including Elon Musk and Jeff Bezos.

Want to know more about Hickam’s new novel, the connection between Rocket Boys and Elon Musk’s family, and Hickam’s surprising visit to the Soviet Union? Read the full interview, only in MUSK READS+.

In the 2018 book The Space Barons, author Christian Davenport explains how Bezos was first inspired to start Blue Origin after a 1999 screening of October Sky.

The film chronicles Hickam’s early years in the town of Coalwood. Hearing about the 1957 launch of Sputnik 1, Hickam decides to team up with friends to build rockets of his own. Against his father’s wishes, Hickam sets his sights on winning a science fair scholarship.

After leaving the screening, Bezos turned to his friend, sci-fi writer Neal Stephenson, and said he’d always wanted to start a space company. Stephenson replied, “why don’t you start it today?” Bezos founded Blue Origin the following year, and Stephenson was an early employee.

Hickam met Bezos some years later at a New York book fair. During a discussion about Hickam’s book, Back to the Moon, Bezos told the author how much he liked Rocket Boys. It was only later that Hickam would hear how it inspired his company.

TO READ THE FULL INTERVIEW SUBSCRIBE TO MUSK READS+.