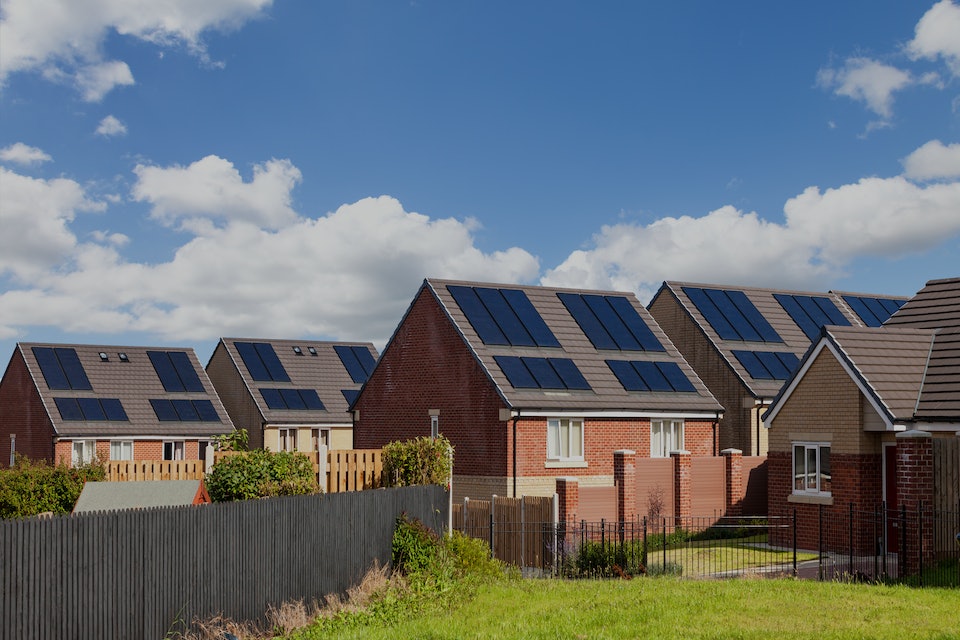 Seeing silicon solar panels dotting the tops of suburban roofs or organized neatly in a solar farms has become an increasingly common sight as this technology has driven down its cost and improved its efficiency over the past couple of decades. Despite its triumphs, extracting crystalline silicon for these panels is still time-consuming and costly. To address this, engineers have been developing a new kind of solar panel in labs that use a material called perovskite to build solar panels that are cheaper, more efficient and easier to scale in manufacturing.

But there's a catch: these solar panels contain traces of lead that if damaged in the cell could potentially leak into groundwater during a storm. To help solve this problem and clear the way for these solar cells to enter the market, a team of researchers from the National Renewable Energy Laboratory and Northern Illinois University (NIU) has developed a way to contain this harmful chemical without sacrificing the panel's efficiency.

In a study published Wednesday in the journal Nature, the team describes its approach to designing a protective layer for the solar cell that would chemically absorb any lead leaking from its interior. In their trials, the authors first applied the lead-absorbing coating to the front and back of the solar cell and then smashed the cells with a hammer to mimic the kind of damage that might occur during a bad wind or rainstorm. To test how their coating would stand-up against exposure to water itself, the team submerged their coated-cells in pure water, acidic water (to represent acid rain) as well as flowing water.

When analyzing how these cells stood up against their baths, the team reports that between 96 and 98 percent of leaking lead was contained in the pure water scenario and that between 97 and 98 percent were contained in the acidic water scenario. The researchers also report that the efficiency of these cells didn't appear to be affected by the addition of the lead-absorbing films, even after five-hours of continuous operation.

While this first approach didn't yet absorb all lead from the panels, co-author and senior scientist in the Chemistry and Nanoscience Center at the NERL, Kai Zhu, tells Inverse that they hope to bring its absorption to near 100 percent in the near future.

"This study is the first of its kind," says Zhu. "We hope it can bring more attention from the field to this new approach. With more research efforts of our own as well as from others, we fully anticipate that the lead sequestration efficiency can be enhanced to about 100% in the near future."

Previous methods of containing lead in these perovskite solar cells had involved removing the lead component altogether, but that approach resulted in a significant drop in efficiency. Instead, with this approach engineers could have the best of both worlds.

Co-author of the study and graduate researcher at NIU, Xun Li, said in a statement that the results of their study can hopefully be implemented to ensure the safe operation of this promising solar technology.

“Lead toxicity has been one of the most vexing, last-mile challenges facing perovskite solar cells,” Xu said. “Our on-device lead-sequestration method renders a ‘safety belt’ for this fascinating photovoltaic technology.”

In addition to the efficiency that perovskite solar cells stand to offer, scientists are also excited by the low-cost and low-effort manufacturing required for these cells. Unlike silicon solar cells, for which the crystalline material must be mined and processed before use, the materials used in perovskite cells are man-made. This means that it would be possible to continuously print of these cells, almost like a newspaper.

This advantage, as well as research being done to continue to improve these cells, could hopefully speed up their debut in the commercial market. Going forward Zhu tells Inverse it will be important to focus on improving the stability of these devices in long-duration use.

"Stability is always important," says Zhu. "We have seen significant improvement of device stability over the past several years. However, we need to work more to show perovskite solar cells, especially at the module level, are stable under outdoor operation condition for 20-30 years."

Abstract: Perovskite solar cells, as an emerging high-efficiency and low-cost photovoltaic technology, face obstacles on their way towards commercialization. Substantial improvements have been made to device stability, but potential issues with lead toxicity and leaching from devices remain relatively unexplored. The potential for lead leakage could be perceived as an environmental and public health risk when using perovskite solar cells in building-integrated photovoltaics. Here we present a chemical approach for on-device sequestration of more than 96 percent of lead leakage caused by severe device damage. A coating of lead-absorbing material is applied to the front and back sides of the device stack. On the glass side of the front transparent conducting electrode, we use a transparent lead-absorbing molecular film containing phosphonic acid groups that bind strongly to lead. On the back(metal) electrode side, we place a polymer film blended with lead-chelating agents between the metal electrode and a standard photovoltaic packing film. The lead absorbing films on both sides swell to absorb the lead, rather than dissolve, when subjected to water soaking, thus retaining structural integrity for easy collection of lead after damage.