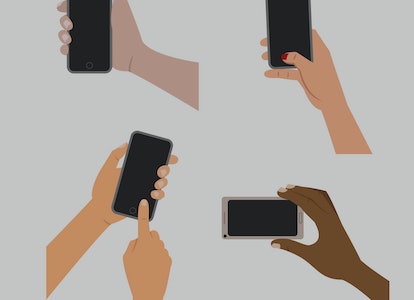 The average American adult spends close to four hours a day on their smartphone, according to eMarketer. It’s safe to say some of that time is during your working hours. That’s not necessarily an issue, however, if your smartphone use doesn’t get in the way of getting your work done.

Do you get distracted by your smartphone’s every buzz, beep, and blink? Do you feel the need to unlock your phone to check your emails and respond to them right away? This is not only time-consuming but can pull you away from your task at hand. But according to research done at Smith School of Business at Queen’s University, some interruptions can actually be good.

“It depends on the content and timing,” said Shamel Addas, who conducted the research. “You can get some critical information that will help, like completing your task.” He added, “Sometimes each interruption in and of itself is not that bad, but the effect can accumulate over time and lead to fatigue and stress. So it’s important to understand the bad and good effects of interruptions over time and as they accumulate.”

To conduct his research, Addas studied interruptions at eight IT firms and surveyed 365 B2B salespeople. He found that interruptions unrelated to employees’ tasks undermined their performance and increased their stress levels. While related interruptions also stressed them out, they helped them perform better.

The implications of these results are twofold: Managers should explain when a response is needed in their emails and also establish quiet time. Meanwhile, individuals should handle interruptions in batches to reduce the costs of task switching.

Finally, an excuse to play Candy Crush during work. According to Kansas State University research, people benefit when they take “smartphone microbreaks” to do non-work related things.

"A smartphone microbreak can be beneficial for both the employee and the organization," said Sooyeol Kim, who led the research. "For example, if I would play a game for an hour during my working hours, it would definitely hurt my work performance. But if I take short breaks of one or two minutes throughout the day, it could provide me with refreshment to do my job."

To come to his conclusion, Kim studied the smartphone usage of 72 full-time workers from various industries and asked them to record their perceived well-being at the end of the day. He found that on average, they spent an average of 22 minutes out of an eight-hour workday on their smartphones.

"By interacting with friends or family members through a smartphone or by playing a short game, we found that employees can recover from some of their stress to refresh their minds and take a break," Kim said.

1. Avoid smartphone use at night

You probably already know that using a smartphone at night can affect your sleep, but it will also drain your productivity the next day, according to research out of Michigan State University. To reach their conclusion, Russell Johnson and colleagues surveyed 82 upper-level managers and another 161 employees in a variety of occupations every day for two weeks. They found that people who monitored their smartphones for business purposes after 9 p.m. were more tired and less engaged the following day on the job.

“Smartphones are almost perfectly designed to disrupt sleep,” said Johnson, an assistant professor of management. “Because they keep us mentally engaged late into the evening, they make it hard to detach from work so we can relax and fall asleep.”

While turning off your device may be best, the researchers acknowledge that isn’t always an option.

“There may be times in which putting off work until the next day would have disastrous consequences, and using your smartphone is well worth the negative effects on less important tasks the next day,” he said. “But on many other nights, more sleep may be your best bet.”

Abstract: Smartphones have become a prevalent technology as they provide employees with instant access to work-related information and communications outside of the office. Despite these advantages, there may be some costs of smartphone use for work at night. Drawing from ego depletion theory, we examined whether smartphone use depletes employees’ regulatory resources and impairs their engagement at work the following day. Across two studies using experience sampling methodology, we found that smartphone use for work at night increased depletion the next morning via its effects on sleep. Morning depletion in turn diminished daily work engagement. The indirect effects of smartphone use on depletion and engagement the next day were incremental to the effects of other electronic devices (e.g., computer, tablet, and television use). We also found some support that the negative effects of morning depletion on daily work engagement may be buffered by job control, such that depletion impairs work engagement only for employees who experience low job control.