“Fusion is a source of near-limitless, clean power.” 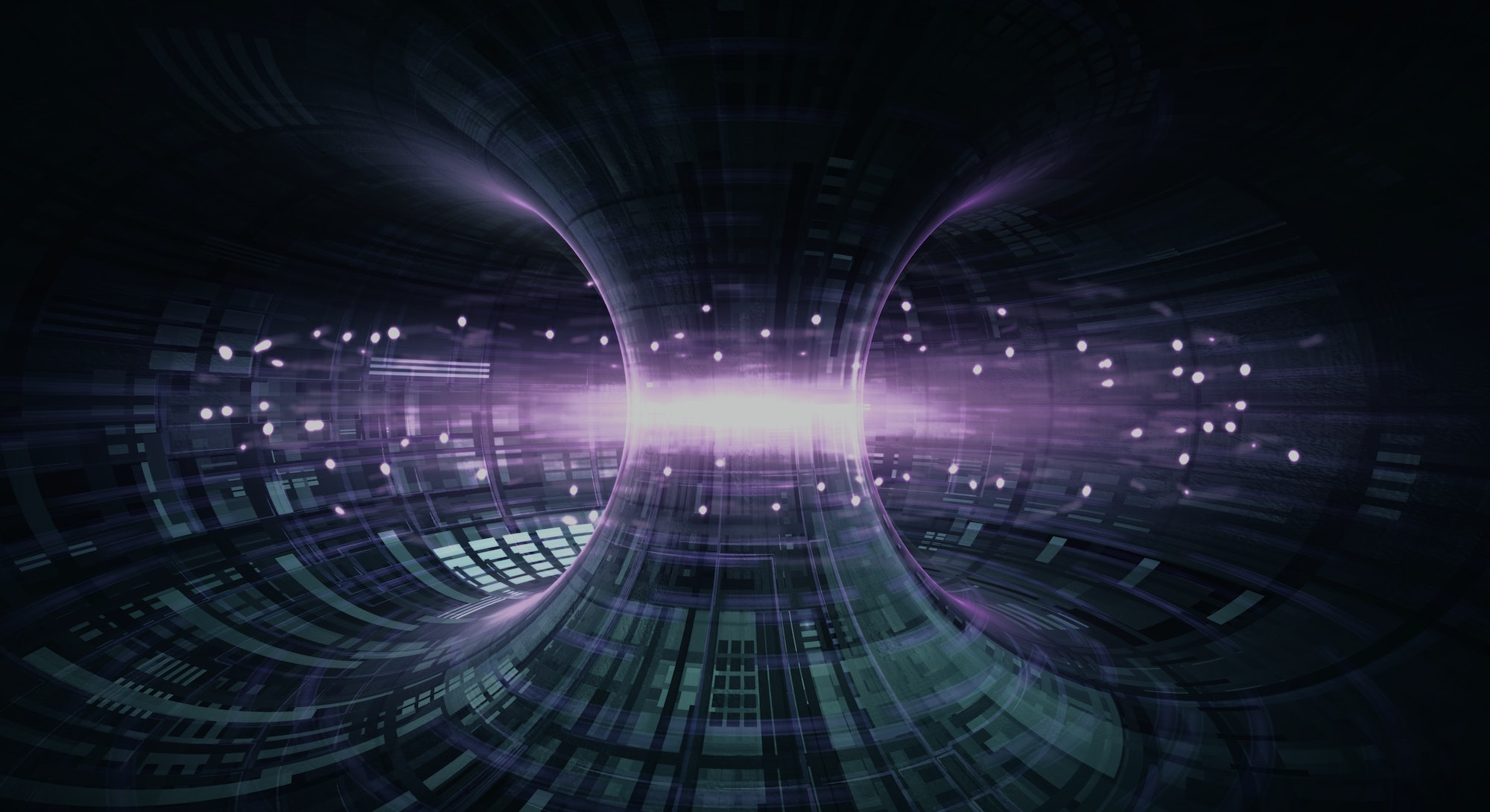 It sounds fantastic — an answer to the dire need to quickly transition to clean and sustainable energy. But is nuclear fusion our way out of the energy crisis?

Nuclear fusion is essentially the opposite of nuclear fission. That process, most commonly known as “nuclear power,” involves splitting atoms to release energy. Fusion instead involves smashing atoms into each other to create larger atoms — theoretically releasing vast amounts of energy. But unlike nuclear fission, this process comes without the same safety concerns over meltdowns or radioactive waste.

Hawker, CEO of First Light Fusion, a company currently developing a fusion energy system, sees the potential — and the money.

“More and more investment is flowing into the industry month-by-month, and this is helping us to help bring this potentially revolutionary technology closer to fruition,” he says.

He’s not wrong: The U.K. Atomic Energy Authority reported in 2021 that 18 companies worldwide had received a total of $1.9 billion in funding — $85 million of which came from official sources. Of all the companies dealing in nuclear fusion surveyed, 15 were founded in the last decade and 12 over the previous five years.

Yet the bounding enthusiasm is tempered by a history of false starts. No public or private organization has yet demonstrated a fusion reaction that generates more energy than went in to the reaction.

Smashing atoms together sounds easy, but their forces repel the other. Fusion energy experiments typically involve smashing two hydrogen isotopes called deuterium and tritium. Mashing them together can release a lot of energy. But these two hydrogen atoms are both positively-charged, which means they repel each other.

Heat gets atoms moving. As the International Atomic Energy Agency explains, the goal is to heat them so much that they can move past their magnetic repulsion. They can collide and let a nuclear force overcome that repulsion.

Peter Norreys, professor of inertial fusion science at the University of Oxford, tells Inverse that recent breakthroughs show great promise. However, that does not mean that fusion energy is just around the corner.

“There are still big challenges remaining,” Norreys says. “I think there is an exciting future ahead for fusion energy, but the energy source will only be realized from mid-21st century onwards.”

In a February 1955 speech, Indian physicist Homi J. Bhabha says that controlled fusion energy would arrive within the next two decades: “When that happens, the energy problems of the world will truly have been solved forever.”

Even British prime minister Boris Johnson alluded to these delays during an October 2019 speech, when he promised £200 million ($262 million) in funding for the technology.

“They are on the verge of creating commercially viable miniature fusion reactors for sale around the world,” Johnson says — although it is unclear what he meant by “miniature” — before adding: “now I know they have been on the verge for some time…it is a pretty spacious kind of verge.”

It sounds like a dream for a world aiming to limit global average temperature rises to well below two degrees Celcius, as outlined in the Paris Agreement. In the last year, this permanently coming-soon form of zero-carbon electricity generation has made strides toward becoming a reality that can’t be written off. Here’s a quick timeline of some significant fusion breakthroughs:

The fusion energy process is similar to how the Sun burns material and unleashes energy. Elon Musk, whose company Tesla sells solar panels, describes the Sun in a 2020 Twitter post as a “free fusion reactor in the sky.” It may not be enough to solve our energy crisis, however.

Hawker’s company commissioned research into power usage over the coming decades and found that wind and solar could produce 19,900 Terawatt-hours per year. That’s an eight-fold increase from current rates but less than half of what’s needed to meet the 2050 net-zero target set by many countries.

Other analyses have sketched out more ambitious rollouts of renewables, ones that don’t rely on fusion. The International Energy Agency’s “Net Zero by 2050” report, released in 2021, detailed a bold roadmap to meet climate targets. It describes how renewable energy could account for 90 percent of global electricity production by that date, with nuclear power accounting for less than 10 percent. Fusion does not receive a mention in the report — but advocates like Hawker say this is short-sighted.

One benefit of fusion is that it offers electricity generated on-demand, rather than only when the Sun is shining or the wind is blowing — a potential “complement” to renewable energy sources.

“To mitigate the impact of climate change, a large global market for baseload clean power will open up to complement renewables, and that is where fusion energy will play a key role,” he says.

6. Energy: The same amount of fuel as a traditional nuclear reactor generates four times as much energy in a fusion plant

5. Sustainability: Lithium in the ocean — an element necessary for fusion energy — could offer enough fuel for millions of years

2. Risk: Fusion can’t be a precursor to nuclear weapons, and there is no meltdown risk

We shouldn’t depend on fusion to save us — but it is another potential tool in our kit as we adapt to our climate reality.

Ultimately, the U.K.’s Atomic Energy Authority finds most fusion companies operating today in the world believe fusion will not power any grid anywhere in the world until the 2030s at the earliest. For a skeptical public that’s heard “two decades from now” for the past seven decades, it’s now down to the developers to prove that this time it’s different.

How we get there

Fusion energy involves colliding two, light, extremely hot atoms together to create a heavier atom. The colliding atoms heat beyond 100 million degrees Celsius to become plasma. The energy released when the atoms eventually fuse together is then transferred as heat through a water loop system to produce steam. The steam spins a turbine, and the turbine generates electricity.

There are two main methods that keep the fusion reaction going:

The biggest hurdle to fusion energy actually working is that it is yet to generate more energy than goes into the reaction. Heating atoms up to temperatures similar to the Sun takes a lot of energy.

As we still haven’t gotten there yet, researchers continue to explore multiple avenues to see if we can make a breakthrough anywhere.

Inertial fusion is the less developed of the two. But a recent National Ignition Facility breakthrough — the first demonstration of burning inertial confinement fusion in a laboratory setting — shows it still has promise, Norreys says.

“[The results] are a really big deal, in my opinion,” Norreys says. “They show that the pursuit of an inertial fusion reactor is a realistic possibility for the future, one that is not built upon difficult and insurmountable physics.”

On the magnetic confinement side, the success of the Joint European Torus project bodes well for the upcoming ITER project. ITER, which will use the same fuel mix and wall materials as JET, aims to power the machine for the first time by December 2025.

"For the ITER Project, the JET results are a strong confidence builder that we are on the right track as we move forward toward demonstrating full fusion power," Bernard Bigot, director-general of ITER, said in a statement on the JET announcement.

“They [JET] are at the forefront of culture and are an outstanding example to the next generation on how to selflessly dedicate their energy and talent to the betterment of humankind,” Norreys says.

Have a story idea? Send your tips and all other musings to horizons@inverse.com.

Update 04/05 5:30 a.m.: This story has been updated to clarify Johnson’s comments on miniature fusion reactors.