How to know it’s time for a career change, from 10 people who’ve been there

“I knew it would put my future squarely in my own hands.” 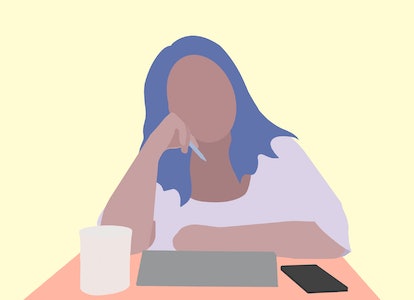 At their core, entrepreneurs seek change. They know that while familiarity is a comfort, it can hold people back from achieving their goals. But the question then is, when is the right time to start a new business?

Inverse reached out to entrepreneurs across a spectrum of fields to see when they knew it was time to take the leap. Read below for their responses.

I had the sinking feeling that there would never be “the right time to quit my job,” but I searched and waited for “a sign from the universe” for nearly a year before starting my own business. After networking and studying for years, trying (and failing) to start multiple "side hustle" gigs, it was clear that a “permission slip” would not pass my desk. It felt like I was running two races during that time — keeping my head above excel spreadsheets and hustling in between meetings to figure out the escape plan. It was when I applied for, and was offered a part-time job working with a yoga startup that I decided to find my “excuse” for quitting. The funny thing is that job never panned out, but it was the catalyst I needed to free myself from the 9-5 grind and go full time into building my own online business. When the floor is ripped out from beneath you, you have no choice but to build yourself back up.

Before I left my then-employer to professionalize the illustration studio, my friends and I already had some inkling and dreams of how we can go about creating our own art studio where artists can make their talent and passion a viable career choice. The push came about when we were approached by a huge company to create an animated short. The catch was that it needed to work with a registered company instead of a loose collective of artists. At that point, I was already feeling unsatisfied with my then-employer so I decided to take the first leap of faith to get the studio started.

“When the floor is ripped out from beneath you, you have no choice but to build yourself back up.”

I had been working as an auditor for a finance company for about three years and had been significantly exceeding my job description in hopes of getting a promotion. When my boss’s replacement had already been hired and I wasn't given a chance to even interview for the job, I knew that I wasn't getting ahead. At the same time, I had been working on my own internet marketing business for about six months on the side and I was making some progress. I decided to give everything I had to make my own business work so I wouldn't have to wait for someone else to give me an opportunity. It took about a year, but after a total of 1.5 years working on my business as a side hustle, I was able to replace my income and leave my full-time job. I have now been self-employed for more than 11 years.

7. Cody May, managing partner at StudioPTBO

I spent 10 years working for Best Buy before taking the leap and becoming an entrepreneur. I had stability with a pension, a salary, and tenure with the company. I had been side-hustling my passion project to eventually make it a full-time gig. I would work my corporate job from 9-5 and then build the business from 6 p.m. to midnight. I found myself at a crossroads in April of 2018 where I was more passionate about the agency than I was about my corporate job. One evening I opened up Quickbooks to realize that I had made $15,000 in revenue that month. I was sort of shocked that we made that much as it was a lot more than my corporate salary. Something clicked and I realized that opportunities inside of building my own business were endless. That night I made a tough call to my manager and let him know that I was leaving.

6. Liz Elting, founder and CEO of the Elizabeth Elting Foundation and founder and former co-CEO of TransPerfect

I took a job doing equity arbitrage at a French bank in the heart of Manhattan right out of business school. Young and full of spit and fire, I jumped at the opportunity to dive into the world of international finance. I was met with immediate disappointment. I was the only woman in the office, and I spent a lot of time getting my co-workers coffee and answering the phone. No matter what I was doing, my work was treated as less important than whatever the boys were up to. It was not the future I had imagined for myself. I decided I was done fetching coffee, so I quit. That experience made it clear to me that I would have to create my own path forward. I set up shop in the dorm room I lived in and launched a language solutions company. I had neither financing nor outside support — but I knew it would answer a huge market need that was going unmet and most of all, I knew it would put my future squarely in my own hands.

I had worked for six years doing technical support at a global enterprise software company. A couple years back, I decided one day that it was time for a shakeup and I put in my notice at work without having another job lined up. Needless to say, my wife was surprised when I delivered the news. I've taken a lot of inspiration from Steve Jobs, who said: “I have looked in the mirror every morning and asked myself: 'If today were the last day of my life, would I want to do what I am about to do today?' And whenever the answer has been 'No' for too many days in a row, I know I need to change something.” For me, I had come to the realization that there was no perfect time to start a business. There will always be reasons not to take the leap. The first step to being an entrepreneur doesn't happen when you raise funding, write a business plan, or build a product. It happens in your mind, when you make the decision to begin your venture.

“Thinking back, that "right" feeling was a triangulation of three factors: timing, team and idea.”

I had been entertaining the idea of starting my own business for some time before I fully committed. I believed I was more than capable of doing it, I just had a comfortable job that I wasn't quite ready to leave. But then I hit that moment when I simply knew it was time for a change. For me, this moment happened after I had to pick up the slack for a co-worker who dropped the ball in a really drastic fashion. The time and effort I had to put into cleaning up someone else's mess could have been much better spent laying the foundation for my new endeavors. I just knew it. So after I wrapped up the situation, I put in my two weeks' notice and dove straight into building and founding the business that I happily run today.

Ever since I could remember, I wanted to start my own company. I always tried to absorb everything about business, from reading books to talking to business owners and even going to business school. I tried to consume it all. I always came up with ideas for companies but still could never pull the trigger. One fateful day, a good friend got cancer and passed away shortly after. He was very similar to me: a tech-professional with advanced degrees and worked for good companies. His passing got me thinking, This could happen to anyone, and when my time came, would I regret not starting my own thing because I was scared of failing? I put in $30,000 of my own money and launched Sterlings Mobile Salon & Barber Co. Eight years later, we are still going strong.

I've known since I was a teenager that I wanted to start my own business, but it never felt right until September of last year. Thinking back, that "right" feeling was a triangulation of three factors: timing, team and idea. On timing, it was important to me that I be in a stable position personally to start a business, both financially as well as with regards to family, relationships, etc. My current co-founder and I met working together at another company, which was great because we had already learned how to work together (and how to be friends!). Lastly, the idea piece was really important. Having seen a lot of mediocre ideas get funding and then fail in Silicon Valley, I knew that the venture would have to be something I truly believed could make a positive difference in the world. I can now see that the reason I didn’t take the leap for so many years is because I was waiting for all three to align -- and when they finally did, I jumped right in.

Shifting to entrepreneur mode was scary, but there were moments (in hindsight) that made the decision more aligned with my future than staying in a job. I had hopped to a few places and wasn't happy. Each time, the allure of the “next” job was what I was holding onto, especially having experienced bad leadership that I wanted to escape. Eventually, I found a good leader, who gave me room to grow, learn and adapt — what I had been lacking before. It didn't take long before unhappiness settled in. Why again? I wasn't in control, and because I was growing so fast, the seed of independence had been planted. There were two triggers to think entrepreneurship was right: I could take a project from idea to finish, no matter if it was small. Understanding this gave me confidence. Second, I was willing to trade a good bit of money for more happiness and freedom. That shift gave me a really high upside with little downside. Soon, I was plotting and planning and gave my company nearly six months notice. They didn’t believe me, but I was committed to fly.