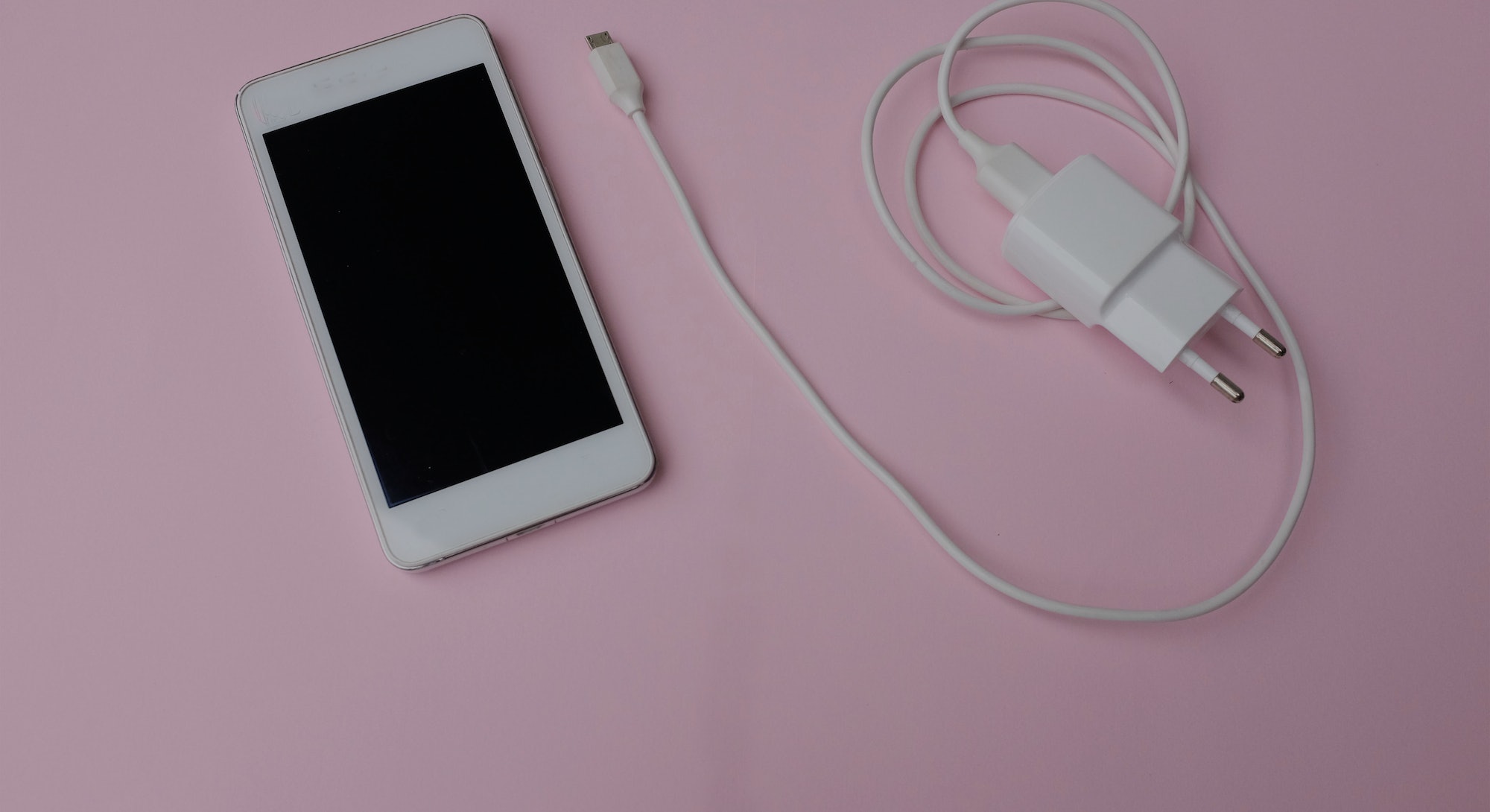 When Phil Schiller described Apple's plans for wireless charging in 2017, it felt like the beginning of the end for the iPhone power cable.

"We also think we can make the wireless charging experience even better," the senior vice president for worldwide marketing said during the September 2017 unveiling for the iPhone X. "Our team wants to create something I think all of us are going to want to use, and that might actually help move the entire industry forward."

It was a bold pitch. The tech industry has managed to cut the wire from internet access, headphones, video game controllers, and practically every other computer accessory. But power has remained a key holdout, with one exception: the Qi standard, which can charge a single device when it makes contact with a special pad and lines up with an internal coil.

Cutting the wire was perhaps particularly tantalizing to Apple, as its focus on minimalism over function has led to numerous parodies. Just over two years later, the industry seems to be taking a big step forward – perhaps just not in the way Apple hoped. Its AirPower pad unveiled moments later promised to charge up to three Qi-enabled devices without lining up the coils. It would have been an engineering marvel, as the overlapping coils could run the risk of interfering and overheating.

It ultimately appeared to be too much of an ambition, as Apple canceled the project in March 2019. Unlike most other recent launches, the September 2017 event does not appear on Apple's YouTube channel.

But at January's Consumer Electronics Show in Las Vegas, wireless charging appeared to come back to the forefront. A number of third parties were claiming to have made the breakthrough that eluded Apple. An executive for Zagg, which specializes in wireless products, claimed at the show that it would seek to release an alternative under the Mophie brand later this year. Ahead of the show, the $139 Zens Liberty launched with the promise to charge two devices at once.

And on the show floor itself, Aira was demonstrating its FreePower wireless technology. The Chandler-based company got a public boost of confidence and cash in 2019 when co-founders Eric Goodchild and Jake Slatnick were able to convince not one, but three investors on Shark Tank that their chargers were worth the investment.

The Nomad Base Station Pro, set to ship early this year using FreePower inside, promises to succeed where Apple failed. It will charge up to three devices at once in any orientation, transforming a small patch of desk into a magical wire-free charging space. Slatnick, the 26-year-old co-founder of Aira, has managed to outfox one of the tech world titans in its bid to cut the wire.

"We don't really know why Apple cancelled AirPower," Slatnick tells Inverse. "There's a lot of rumors and a lot of speculation out there, but nobody really knows. From our point of view, all we know is that we've worked hard, we're really excited about it, it works, and it's launching very soon."

Competition is charging up

Wireless power takes a number of forms in the current industry, with a tradeoff between convenience and market availability.

There's the Qi standard managed by the Wireless Power Consortium, established in 2008 and currently hosts over 200 companies. Qi-approved pads can deliver 5 and 15 watts of power, but all of them require contact with a pad.

There's also Wi-Charge. This startup uses infrared beams to send power all the while the transmitter and receiver can see each other. The firm has demonstrated sending 2.5 watts over 15 feet in public, and it's working on greater distances. The company announced six partnerships at CES, including smart locks and smart shelves.

On the more ambitious end of the scale is wireless charging that works like wi-fi. Energous demonstrated a number of potential products at CES this year, including a hearing aid and a tracking tag. In a press release, company CEO Stephen R. Rizzone noted that 2020 was "the first year we are demonstrating production and pre-production versions" of their products, but work has been underway for some time. Documents dating back to 2014 showed the company expected its technology to undergo compliance testing with Apple.

Another firm on this end of the spectrum is Ossia. The Bellvue, Washington-based company demonstrated its Cota Home transmitter at CES with a range of 30 feet, but it received FCC certification last summer to transmit one watt over around three feet. Ossia's system has been on display for some time now, and the firm demonstrated its system to Inverse back in 2016.

“As final hurdles have been met, we are currently working on several deployments in 2020 of Cota Real Wireless Power,” Hatem Zeine, founder and chief technology officer of Ossia, tells Inverse. “These deployments, although in the enterprise space initially, should give consumers ample amounts of confidence that the technology will be deployed in consumer devices in the near term.”

Aira first started coming together when Slatnick reached out to his friend Goodchild, a long-time user of Tesla coils who would on to join Slatnick as an Aira co-founder. These wild and visually impressive coils, patented by Nikola Tesla in 1891, can be seen as a predecessor to the more constrained attempts to transmit power.

In 2017, the same year Apple tried to give the industry a kick toward the future, Slatnick and Goodchild visited a wireless power conference in San Francisco. The experience convinced them that Qi was the best way to enter the market. From there it built out a team to bring a product to market, including Ted Miller, a public relations executive that previously spent eight years at Apple. Last month, the team brought on Shawn Dougherty, founder of Mophie, to the board of directors.

"It's our belief that [over-the-air is] absolutely the best experience ultimately, like how cool is it that you could potentially someday walk into a room and just because you're in that room, your phone charges," Slatnick says. "The issue, though, is there's so many problems with over-the-air charging. So many major, major hurdles to resolve."

Perhaps understandably, the competition is less convinced that Qi is the answer. Yuval Boger, chief marketing officer at Wi-Charge, tells Inverse that it’s more of a stop-gap.

“Qi chargers are an interim solution to phone charging because it requires careful placement and alignment of the phone on a charging pad,” Boger says. “True wireless charging means charging from a distance, automatically and without assistance from the user. Wi-Charge achieves this and is what the future of charging looks like.”

Ossia is also positive about the long-term potential for its technology, although it envisions a future where it co-exists with Qi.

“With the promise of one trillion IoT devices to be rolled out in the next decade, they simply cannot be powered by batteries or wires,” Zeine says. “Any short range power solution, like Qi, will not suffice to enable such deployment. We believe long range wireless power, like Cota, will be key to the growth of IoT deployment.”

The biggest benefit of Qi, and least-disputable, is that it’s well-established. It's got regulatory approval, it's supported by big phone makers like Samsung and Google, it's increasingly finding its way into public spaces as a universal standard, and it's accepted by the general public. It charges the phone, and it does so fine.

"We think that in the next five to 10 years, you'll start to see [over-the-air] in very low power things, but higher power devices like phones and laptops, et cetera, it's just really not viable and we don't think it will be for a long time...decades," Slatnick says.

So what has Aira developed? It's a multilevel printed circuit board with a series of coils nestled together. Although it's based on the Qi standard, the custom-designed shape of the coil avoids interference and overheating. The design can be scaled up to any number of coils.

Nomad is Aira's first partner. The Base Station Pro uses 18 coils to charge three devices, on a black pad measuring 8.8 inches by 5.6 inches, with a height of 0.47 inches. The whole thing weighs 1.2 pounds. It's powered by a 30-watt USB-PD power adaptor, with a two-meter braided USB-C cable connecting pad to power. Even wireless power depends on the odd wire here and there.

In the years since Apple tried to give the industry a jump start into a wire-free direction, shoots of life are starting to form. These next-generation chargers could end battery life woes by making power more convenient than ever.

Slatnick is positive about the future of the area. He envisions powered surfaces in all manner of places, like tables, or slot machines, or cars.

"Just create a surface, right in the center [console of the car], or wherever it might be, and you could toss whatever you want on that surface," Slatnick says. "Your wallet, keys, whatever, and your devices. If the devices are able to receive wireless power they will, and it doesn't matter if you hit a bump or the phone shifts. It just works."

As an ease-of-use motto that used to define Apple, "it just works" could be the simplest explanation for why this could be the next big shift in consumer tech.

Update 01/23 5:30 a.m. Eastern time: An earlier version of this story stated that Aira is based in San Diego and the Nomad Base Station Pro is due to ship early next year. It has since been corrected.