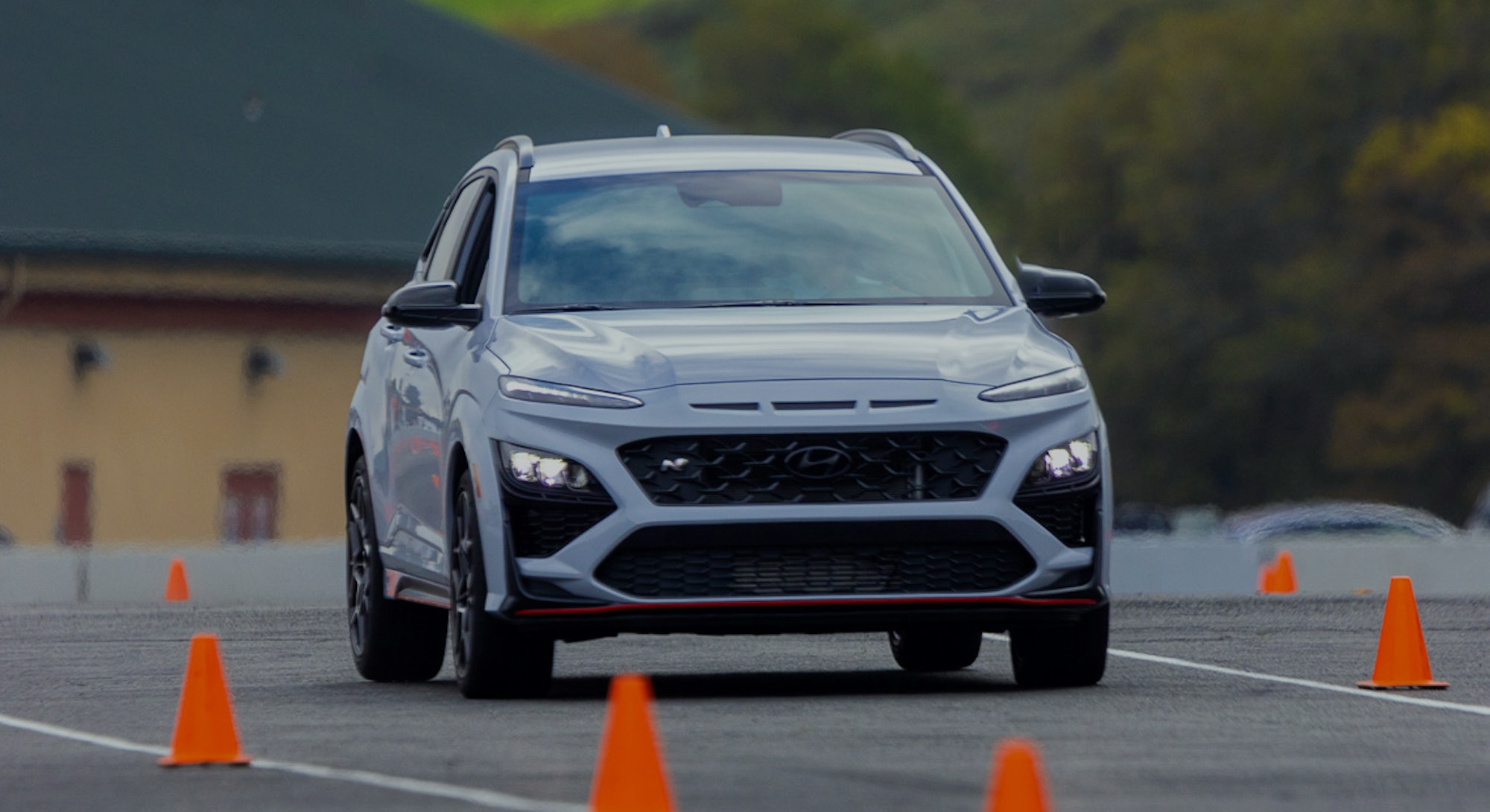 I love a good hot hatch.

I drove a Volkswagen Golf GTI hot hatch a couple of weeks ago and liked it. However, Americans aren’t particularly interested in hatchbacks anymore.

Sure, there are a handful that are popular, like the Mazda3 or…okay, that’s the only one I can think of. Even the venerable Volkswagen Golf only exists in GTI or R spec now; the standard Golf isn’t even sold in America anymore.

And the hot hatch is going extinct too. The excellent Ford Focus RS is no more, and the Mazdaspeed 3 is gone too. All that’s left is the GTI and the Hyundai Veloster N. And that Veloster N sells in meager numbers.

We Americans don’t want hatchbacks, no matter how much the car journalist in me might want them to. Instead, it’s all SUVs and crossovers. And it makes sense, right?

Crossovers have a higher seating position and a taller roof, and, theoretically, they can haul more stuff. Whether that’s true or not is up for debate, but they remain extremely popular. And so, what is a hot hatch enthusiast supposed to buy now? Well, they could buy one of the remaining hot hatches…but Hyundai has a surprise for them.

It’s the Kona N, And it’s maybe the most surprising car of the year. Hyundai invited me to wine country to test drive the new Kona N and its sibling, the Elantra N, at Sonoma raceway. N is the Hyundai equivalent of Mercedes AMG or BMWs M division.

And N cars are much more than mere cosmetic changes. The Elantra N and Kona N both saw significant upgrades to the engine, brakes, suspension, exhaust, seats, and of course, some nice cosmetic tweaks. What’s the point of having a jumped-up version of a regular car if no one knows about it?

Driving the Elantra N on the track was basically what I expected. It was fast, handled well, and was wildly fun and exciting.

If you want a car that you can drive to work every day and then take to the track on weekends — and don’t want to spend the money on a BMW or Porsche — the Elantra N is a great choice.

And here’s a secret: it’s just as fun as those faster European monsters.

It’s always more fun to drive a slow car fast than a fast car slow. And even a novice racing driver will have a ball taking the Elantra N to the limit. However, the Elantra is a sedan, and, as we know, Americans don’t like sedans. That’s why Hyundai is happy to sell you a Kona N crossover instead.

It has many of the same components as its sedan sibling but is wrapped in a practical crossover exterior. And yes, before you ask, the handling is significantly compromised compared to the Elantra N.

Still, it doesn’t matter because the Kona N is so surprising and hysterical that any concerns you have are instantly washed away in a cloud of tire smoke and exhaust noise. And what a noise it is.

I can’t decide if the most surprising thing about the Kona N is its performance, or simply the fact that it exists. I reviewed the Kona previously and found it to be an excellent small crossover. But I never imagined that Hyundai would put a turbocharged engine making 276 horsepower and 289 torque under the hood. The result is fantastic.

I thought long and hard about how to explain what driving the Kona N on a race track is like. This is the best analogy I can come up with: it’s like riding an angry sheep. It can’t quite put its power down at full throttle, and under heavy braking, to call it squirrely would be kind. But boy, is it an exciting ride.

The Kona N is inherently compromised by the platform it rides on. It has a higher ride height than the Elantra, and to their credit, Hyundai decided to keep it at the same height as the regular Kona. That means that even with the sporting upgrades, it can still drive down a leaf-strewn lane or through some snow if that’s what you need it to do.

The essence of any hot hatch is to remain eminently practical while being potent, sporty, and fun, and the Kona N is the perfect embodiment of this. On the inside, it’s a standard Kona crossover, albeit with some lovely sporty seats.

That’s my favorite part about it. It’s not particularly loud or shouty unless you put it in sport mode and turn the exhaust noise up. You could easily drive it every day and then take it out on the weekends to your favorite curvy back road or even an actual race track and have a fantastic time. All the while, you can take the kids to school or make a grocery run with ease.

Just about the only thing I can knock it for — and this is unavoidable — is the incredibly stiff suspension. The Elantra N has a firm, track-ready suspension, but it can be adjusted to be something close to comfortable.

The Kona N’s softest option is still significantly firmer than the Elantra’s firmest, and then it gets worse from there. But it’s a sports car wrapped in a crossover suit. What do you expect?

As long as you don’t expect Rolls-Royce levels of comfort or much comfort at all on particularly rough roads, you’ll love the Kona N. And trust me, the joys of driving an angry sheep far outweigh the downside.

All of Hyundai’s N cars are real sports cars. They take the N badge very seriously, and for that reason, the Kona N should probably not exist. Who takes an average crossover and turns it into a sports car? I don’t even know what other vehicles this competes with.

But I hope it is successful. I would love for Hyundai to sell a ton of them and for other brands to create sporty versions of their crossovers too. Is a Honda CRV R or a Ford Escape RS too much to hope for? Probably. But we do have the Kona N, and that’s something we can all be thankful for.

The NGS button on the steering wheel downshifts and activates an overboost function for 20 seconds. It increases horsepower from 276 to 286 and does, in fact, bring a grin to your face.

Every car should have this button.

Hyundai covered the travel and lodging to review these cars on location, as is common practice in the auto industry. Automakers or their affiliates have no oversight when it comes to Inverse editorial content, which remains wholly independent and from the brain of our extremely opinionated car analyst and critic, Jordan Golson.