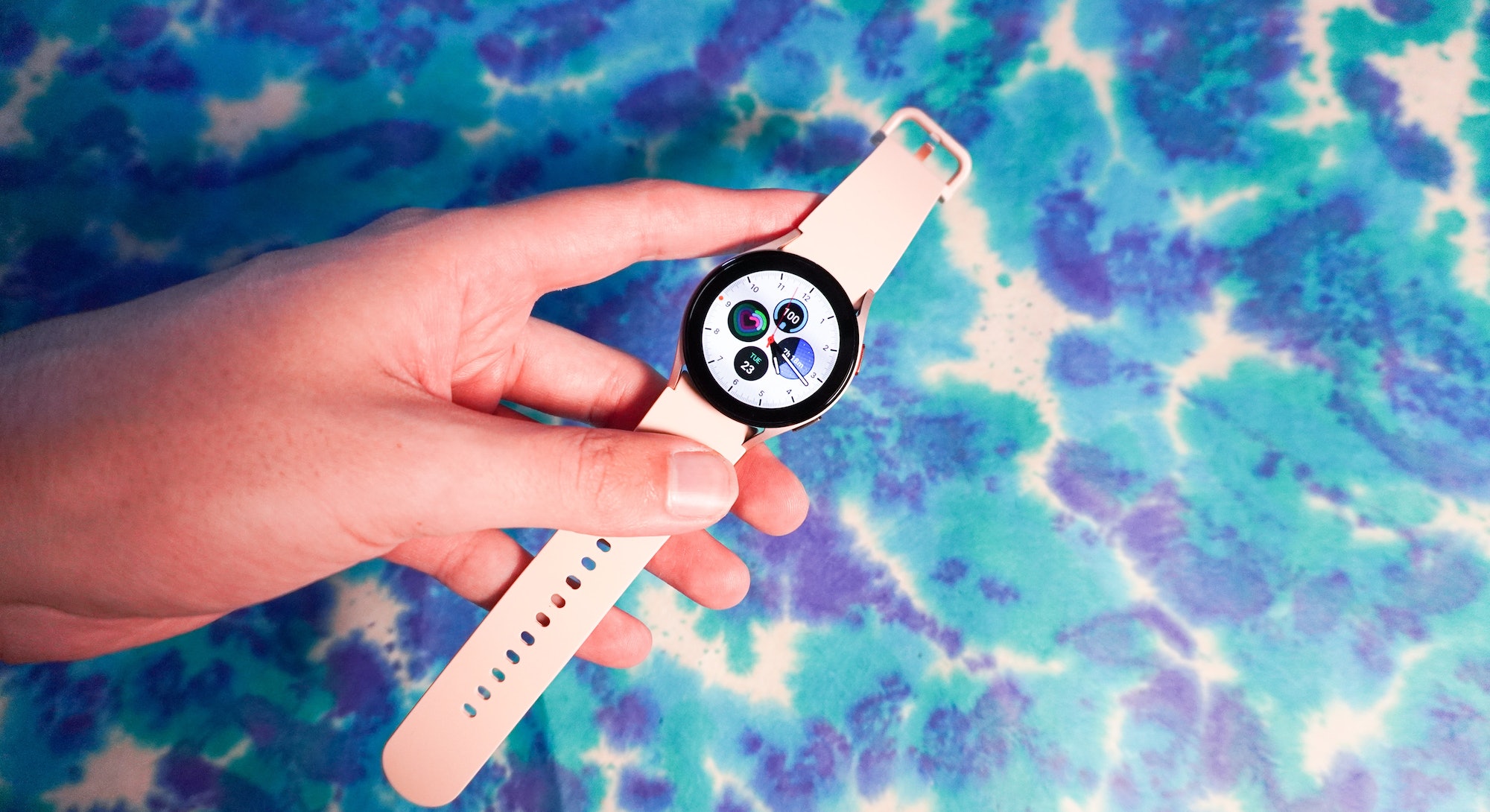 In a year of incremental upgrades to the Galaxy Z Fold 4 and Z Flip 4, the Galaxy Watch 5 is receiving more or less the same treatment.

So there’s some extra pressure on Samsung’s entry-level watch, and that’s not even counting competition from Samsung’s own higher-end Galaxy Watch 5 Pro and Google’s upcoming Pixel Watch. Luckily, the Galaxy Watch 5 is a good Android smartwatch by all standards, it just might not be the one current Galaxy Watch owners need to run out and buy.

Samsung's entry-level smartwatch has a new temperature sensor and improved battery life, but is otherwise identical to last year.

A farewell to rotating bezels

FAMILIAR DESIGN — Samsung’s smartwatch design is respectfully nondescript and has only become more so since it’s changed so little from last year. The Galaxy Watch 5 is round — as should be the standard for all timepieces, in my opinion — with a button on the side for calling up Bixby or Google Assistant and another that functions as a universal back button (a long press calls up Samsung Pay and only Samsung Pay).

The back sensor that rests against your wrist was tweaked for better skin contact and more accurate measurements, according to Samsung, but otherwise, I think you’d be hard-pressed to find anything entirely new about the Watch 5 unless you’re looking at the strap and color combinations Samsung is selling this year.

BEZEL-LESS — One notable missing component from the Galaxy Watch 5? An option for a physical bezel. Last year Samsung still offered a physically rotating bezel for navigating Wear OS on the Galaxy Watch 4 Classic. You can only get an unsatisfying recreation via a touchscreen bezel and haptics on the Watch 5 and Watch 5 Pro.

Losing physical controls isn’t a dealbreaker, but it does make the Watch 5 that much more difficult to use, and that only becomes more true with sweaty fingers after a workout. Navigating menus and scrolling between Wear OS tiles just feel a bit less precise only using touch, even if Wear OS is pretty touchscreen-friendly in general. Apple was ridiculed for how seriously it took the digital crown when it launched the first Apple Watch, but it was right in thinking there should always be physical controls to fall back on. I hope future Galaxy Watches can make room for more than just two buttons.

NEW SENSOR — The big addition in terms of hardware features is a new body temperature sensor, which appeared in fitness trackers previously and is now trickling into general-purpose smartwatches. Samsung highlighted its addition as a way to offer more accurate sleep tracking, but more useful functionality will have to be unlocked by developers or Samsung in later updates. The Oura Ring 3 is a good recent example of what body temperature can add in terms of features, like spotting illness or doing period prediction. The Galaxy Watch 5 could theoretically be capable of the same with some software work.

Here’s a basic rundown of the internals and hardware features of the Galaxy Watch 5.

The rest of the Galaxy Watch 5 is the same: A bioelectrical impedance analysis sensor for body fat, skeletal mass, and metabolic measurements, and an optical heart rate sensor with support for ECG readings exclusively through the Samsung Health app. All in all, it’s a capable watch, even if some of the features might be more useful than others.

MORE OPEN — Wear OS is indebted to Samsung. The company’s Tizen operating system makes up a good portion of what Google’s Wear OS is today, but that doesn’t change the fact that it is Google’s. Where the last version of Samsung’s One UI riff on Wear OS only worked well with Samsung phones, the new version — technically called, sigh, “Wear OS Powered by Samsung” — is a good deal more open.

You can finally swap out Bixby for Google Assistant; Wear OS apps can be downloaded to substitute for Samsung’s (totally fine) defaults, and except for weird caveats like Samsung Pay being permanently attached to the back button, or Samsung’s Wearable app acting as the only way to connect your watch to your phone, it works a lot more as it should.

Wear OS on the Galaxy Watch 5 ran without issue when I wasn’t fighting the touch bezel. Automatic workout tracking isn’t perfect but was more accurate than I expected and far better than what the Apple Watch offers. I don’t think anyone should become too fixated on Samsung’s body composition insights, but it’s cool that they’re there. Advanced sleep tracking brings the Galaxy Watch 5 up to the industry standard with sleep stages and blood oxygen level tracking, though it needs at least a week of data before it can offer insights and recommendations.

These are all standard smartwatch skills, but the point is they all worked well and were paired with Samsung’s goofy watch face designs, which I can’t help but love.

With the always-on display on, “Hey Google” enabled, and 30 minutes of workout tracking thrown in for good measure, I regularly got about 24 hours of battery life before I needed to charge. With different settings (heavier GPS use, music streaming, etc.) you could probably get slightly different results, but the days of multi-day smartwatch battery life have not returned with the Galaxy Watch 5. I think that’s okay. There are still plenty of daily opportunities to throw the watch on a charger for a quick top-up. You can get what you need to make it through a night of sleep tracking in 20 to 30 minutes of charging, and you can fully charge the watch in about an hour.

Who should buy a Galaxy Watch 5?

If you’re looking for a smartwatch experience that might be truly new, try Samsung's Galaxy Watch 5 Pro. Despite tweaks to the battery and sensors, the Galaxy Watch 5 is too similar to warrant an upgrade for a Galaxy Watch 4 owner, especially if they’re happy with the rotating bezel on the Watch 4 Classic.

Like many of Samsung’s updates this year, the Galaxy Watch 5 makes the most sense for someone with a very old smartwatch or someone who’s trying out wearables for the first time. You’ll get a great experience if that’s the case, albeit one that’s a fair bit more expensive.

Because Samsung’s been the de facto premium Android smartwatch for so long, it’s been able to rest on its laurels. Wear OS is a mess, and lagging Qualcomm chips will do that. The really exciting thing to consider is how things could very well change with the introduction of the Pixel Watch later this year. The Galaxy Watch 5 might be a capable (if iterative) update now, but that probably won’t be the case for next year’s smartwatch or the wearables the year after. Competition is only going to be good for Samsung.