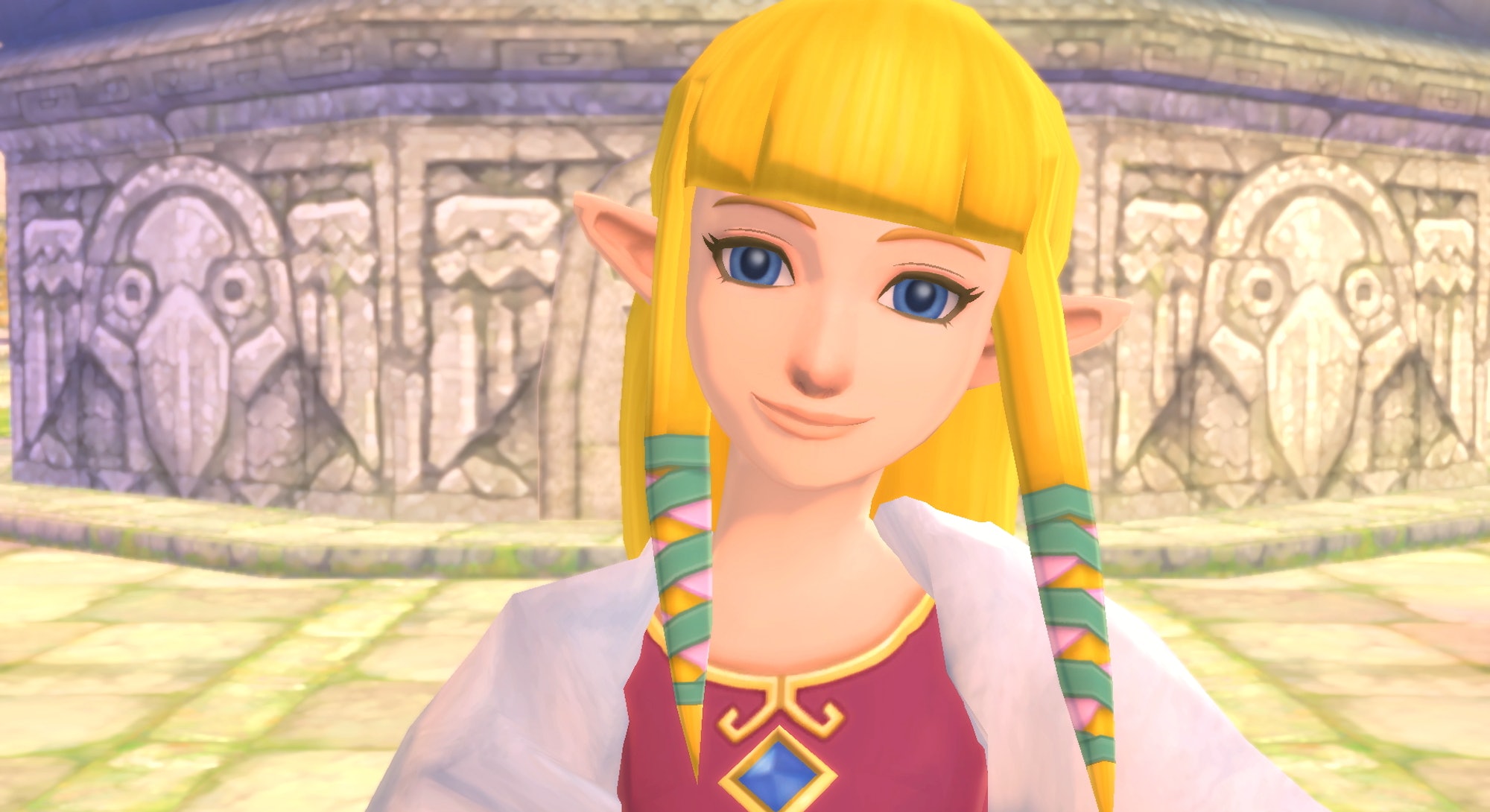 The Legend of Zelda Skyward Sword HD finally made its way onto Nintendo Switch in July 2021.

When it was first released on the Wii in 2011, Skyward Sword was relegated entirely to motion controls. That meant some people with physical limitations couldn’t play it at all. As a gamer with motor impairments, I fell into this unique category, so I was hoping Skyward Sword HD’s highly publicized shift to more traditional button controls might finally make this experience playable for all. The short answer is ... kind of ...

About the reviewer: Having been diagnosed with Cerebral Palsy, color blindness, and monocular vision, games are best suited for my taste when accounting for moderate physical and mild visual impairments. This review will try to cover as many conditions as possible, but that is largely the lens through which I see software.

Like most Zelda games, Skyward Sword HD does not feature a variable difficulty setting that might make the game easier for those with certain motor impairments. That said, the standard setting does attempt to compensate for the control-related frustrations one might experience. For example, the game starts players off with six heart pieces instead of the standard three, making it a bit more accessible in the early hours of the game than other entries in the series.

The only exception to this standardized difficulty is the optional Zelda & Loftwing Amiibo figurine that sells for $24.99 MSRP. Scan the mini statue on your Joy-Con or Pro Controller, and you’ll have the ability to teleport out of dungeons and return to where you left off after you’ve stocked up on the supplies you need. Elsewhere in the game, this function is reserved for specific locations, but the Amiibo lets you do it anywhere.

From an accessibility perspective, having the opportunity to stock up and return to an infinite number of locations might be helpful when preparing for encounters against tough bosses or enemies, especially considering the potential pitfalls individuals with limited mobility may encounter with regard to controls. It’s a shame that this feature comes with an added cost of a figurine that’s currently in short supply at the time of publication.

As someone who couldn’t play 2011’s Skyward Sword due to its motion controls, the main question for me, and likely many others, is just how playable Skyward Sword HD might be with its new button controls. The scheme is functional on a basic level, but doesn’t work exceptionally well.

In place of Wiimote waggle, Link’s sword strikes are mapped to the right stick. Push the stick slightly, Link will draw his sword without fully unsheathing the blade. Push it out fully and you’ll strike at any enemies or foliage in your path. Press the right stick down, and you’ll do a forward lunge with your sword. The left stick moves Link snf pilots your Loftwing or Beetle drone while in flight. On the surface this concept sounds reasonable. It’s also how many Wii emulation applications solved this problem many years before the release of Skyward Sword HD.

In practice, however, I found that the button controls were every bit as finicky as motion controls might be. Using the sword requires a level of stick precision that will almost assuredly frustrate those with fine-motor limitations. Too often, I found myself repositioning my sword when I wanted to strike. The issue was exacerbated by bosses or Deku Baba enemies that require your sword be swung in one particular diagonal or direction to register a hit. When I felt I was aiming my sword at a left diagonal, for example, it often registered in-game as a regular left strike, meaning I missed my chance for a hit.

These failures happened frequently, and I was mostly able to remedy them by thrusting my sword in random directions until the problem was dealt with. Players should be prepared for frustration during precision-focused boss fights — even my opening fight against Ghirahim required a certain share of hair pulling. And it wasn’t because I didn’t know what needed to be done.

Even when it comes to basic menu navigation, issues with button mapping rear their ugly head. When standing at a statue and selecting the option to save or quit, it would seem to make sense to let players use a stick or d-pad to select the options. Unfortunately, d-pad controls aren’t possible here, further limiting options of comfort for players.

That’s not to say everything about Skyward Sword HD’s controls are terrible, because they do work. The left stick functions exceptionally well when controlling your Beetle or Loftwing as described above. This is perhaps the only part of the experience that feels truly intuitive, which makes you appreciate it when it happens.

Outside of combat, Nintendo has found an even more woeful solution to camera control — the only way to change views with button controls is to press and hold the L button while moving the right stick in an awkwardly clawed hand position.

As beautiful as the dungeons of Skyward Sword HD are, there’s a good chance you’ll occasionally feel cramped while exploring them. Having the press-and-hold scheme is obviously fine, but this clawed feeling could easily be offset by having a second option to toggle camera control by double-tapping the L button.

It’s also pretty frustrating that you can’t attack an enemy and reposition the camera simultaneously. I didn’t realize how often I do it in games until Skyward Sword HD took it away from me.

Some of these shortcomings are understandable given the difficult task Nintendo had to accomplish in migrating a primarily motion-based game to a standard controller, but that doesn’t make them any less annoying.

Skyward Sword HD doesn’t have many sight and sound options, but it doesn’t really need them. The game has full text dialogue just like the original, which effectively acts as subtitles. The text is a bit small in handheld mode and could benefit from an option to enlarge, but issues on this scale are common on the Switch at large and persist as a result of HD upscaling.

With regard to the subject of color blindness, I found Skyward Sword HD’s art style to be bright and varied enough that I never had trouble differentiating between objects. Waypoints are also easy to spot during exploration. It’s odd that you can only place one waypoint at a time, but forgivable for a 2011 game.

On matters of cues, Skyward Sword HD makes it very clear when you’re hitting an enemy or when an enemy hits you. In fact, there’s a pleasant audio scale that ascends as Link lands successive hits. Given how uncomfortable and unsure I felt in combat at times, the added auditory signaling really helped. If you don’t have motor difficulty like I do, Skyward Sword HD should be a pretty playable game.

The quick take — So, was I finally able to play Skyward Sword HD? Yes, and in some way Nintendo should be recognized for that achievement. But that doesn’t mean the experience wasn’t littered with a laundry list of discouraging annoyances that kept me from fully enjoying myself. I’m glad I was able to see what this game had to offer, because there’s tons of charm in its characters, story, and dungeons. But, it shouldn’t be forgotten that Skyward Sword was a motion experiment first and will still present frequent frustrations on a fine-motor level.

If you’re able to handle moderate frustration or have a friend available to help when boss battles require too much precision, many disabled gamers who couldn’t play the original should theoretically be able to conquer Skyward Sword HD. That said, it’s unlikely you’ll be feeling as cheery as Skyloft’s NPCs when it’s all over.