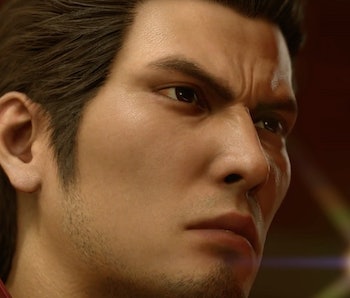 Will the Golden Dragon return? A recent leak purports to reveal our first look at a still-unannounced Yakuza spinoff, just a few months after the successful launch of the Sega series' first foray into the role-playing genre, Yakuza: Like a Dragon.

The source claims the game will feature locations from Yakuza 5 and 6, but players won't be stepping into the slick shoes of longtime series protagonist Kazuma Kiryu. Instead, the leaker claims a familiar blonde-haired villain will be one of the game's playable characters, if not the main character. But how plausible is this sketchy-seeming leak, anyway? Let's dissect.

Spoilers ahead for Yakuza Kiwami 2.

The lowdown — The leak, which was shared on both 4chan and the Gaming Leaks and Rumours subreddit, features two low-quality screenshots (of course!) accompanied by a very short description:

Leak for a new entry in the Yakuza series. Seems to be based off the story from Yakuza Online (the shit japan-only gacha game)Features playable Ryuji Goda and locations from Yakuza 5 and 6

Ryuji Goda is the main villain in Yakuza 2 and its recent remake, Yakuza Kiwami 2. He stands out from the other impeccably dressed hard-asses of the series owing to his shock of buttery blonde hair. In that game, he's the short-tempered Second Patriarch of the Go-Ryu Clan, a splinter faction of Kansai's Omi Alliance, the rivals of Kiryu's own Tojo Clan.

Here's a look at one of the leaked screenshots from the rumored spinoff:

As several redditors point out, the narrow alleyways and map shown here resemble the coastal town of Onomichi, where Kiryu spent much of his time in Yakuza 6. However, there's just one small problem — Yakuza 2 put a pretty decisive end to Goda's criminal exploits, so his appearance as a playable character either means this game is set in an earlier period, or there's a pretty big plot twist in store.

Goda recently had his own story arc in the Japan-only free-to-play card battler Ryu ga Gotoku Online, and the leaker speculates that this unannounced spinoff could be based on that plotline. Here's a little tease of what that storyline entailed from a 2019 trailer for the game.

How likely it is to be true — 4chan has earned a well-deserved reputation as being a dubious source for game leaks, so there's plenty of reason for skepticism here. However, there are also a few good reasons not to dismiss these claims.

It's definitely worth waiting for some kind of official confirmation from Sega and RGG Studio before getting too hyped up about the prospect of whipping ass all over Onomichi as Ryuji Goda, but it's an intriguing possibility nonetheless.

More like this
Gaming
Jan. 28, 2023
The most daring Yakuza game is also the franchise’s best
By Willa Rowe
Gaming
Jan. 27, 2023
Like a Dragon: Ishin blends Yakuza's weirdo humor with stylish samurai flair
By Jen Glennon
Gaming
Jan. 22, 2023
You need to play the best Tetris knockoff on Nintendo Switch ASAP
By David Grossman
LEARN SOMETHING NEW EVERY DAY.
Related Tags
Share: