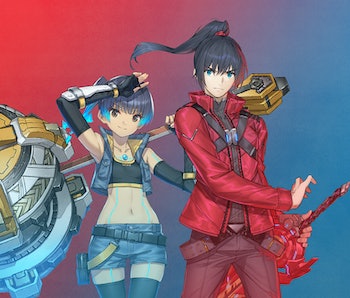 As if Xenoblade Chronicles 3 wasn’t already massive enough. The 100+ hour JRPG has an Expansion Pass that consists four waves of DLC in one package. It was difficult to justify buying at launch, considering it only had booster pack items and costume color swaps. But now, Nintendo has upped the ante with its content reveal for the second DLC wave, including the new Hero Ino, costumes, and a general outline for the third DLC coming later next year.

So is the Xenoblade Chronicles 3 Expansion Pass worth it? Here’s what you need to know about all the DLC waves for one of this year’s best RPGs.

Who is Ino and when is she coming to Xenoblade Chronicles 3?

Ino is a playable “mechanical” Hero included in the second DLC wave for Xenoblade Chronicles 3. She brings a new Defender role to the team as the “Noponic Champion” and has a skill tree, unlike the other heroes in the game. It’s unclear what role she plays in the story so far.

The first DLC is already available and the second is coming out on October 13, 2022. Both are currently only available through the Expansion Pass. We have yet to hear about prices for separate DLC Waves, only the full Expansion Pass including all four of the waves.

What is included in the Xenoblade Chronicles 3 Expansion Pass?

The Xenoblade Chronicles 3 Expansion Pass is four DLC in one package, but all of them haven’t been released yet. Here’s a detailed breakdown about what each wave includes.

The first DLC launched simultaneously with the base game on July 27, 2022. It mostly featured “booster pack” items and battle accessories, including:

The second DLC, which was featured in the September 2022 Nintendo Direct, introduces meatier content like a Challenge Battle mode and a new character with her own Hero Quest. Also, of course, the obligatory swimsuit cosmetic pack. May I present Noah’s abs?

This DLC builds on the second’s content, including another Hero and new rules to the Challenge Battle mode. More outfits are on the way, too. The new hero will also have an “accompanying quest,” which is probably similar to the Hero Quest for recruiting Ino in the upcoming DLC Wave 2.

Note that Nintendo lists the third DLC wave as “before 4/30/2023,” so it could actually come before then.

The final DLC has the least information about it, probably because it’s so far out. As per official Nintendo site, it will include a new original story scenario. It’s unclear whether it’s a story involving the main cast, a new hero, or something else entirely.

Is the Xenoblade Chronicles 3 Expansion Pass worth it?

The Xenoblade Chronicles 3 Expansion Pass is $30 for all four waves of DLC. You can’t buy the waves separately yet, so this is the only way to gain access to any of the DLC content. If you really want some combination of the new Heroes, Challenge Battle mode, additional stories, or cosmetics, then it might be worth considering. I’d advise holding off if you want to buy the swimsuit cosmetics for $30.