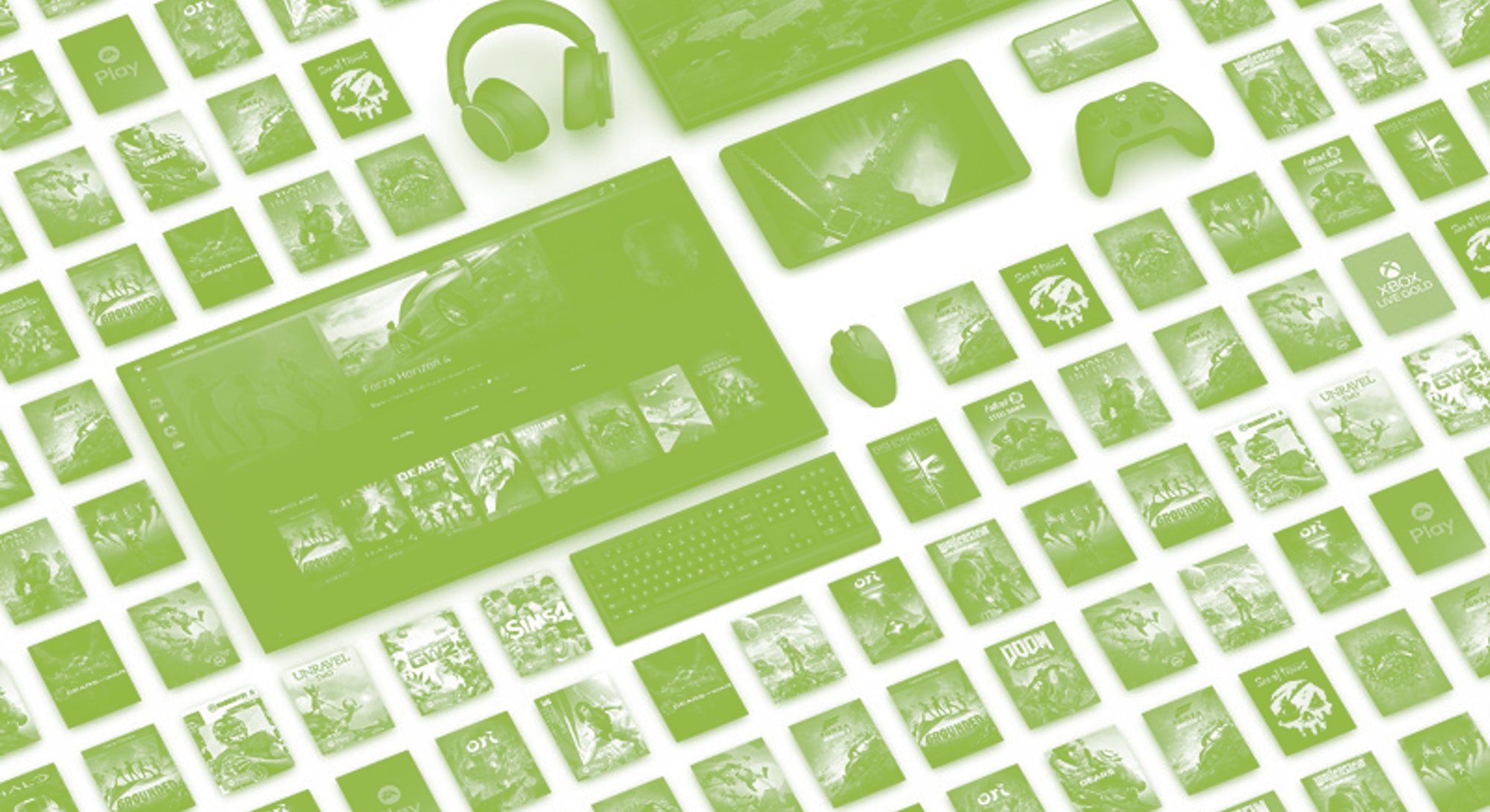 But one analyst believes it’s possible that Microsoft plans to expand the reach of Xbox Game Pass all the way onto Nintendo platforms in the coming years — and Microsoft seems to be hinting at the possibility.

Within the last two months alone, we’ve seen the service surpass 23 million users and get AAA exclusives like Outriders and MLB The Show 21 day one. The iOS and web browser versions of the service have also gone into beta.

As a video game subscription service, it’s unparalleled, and it still has room to grow.

Microsoft teased in November 2020 that it might roll out an Xbox Game Pass smart TV app later this year, and new information from the Epic Games v. Apple trial hints at negotiations between Microsoft and Nintendo about something related to the xCloud technology that powers Xbox Game Pass.

We spoke with Ampere Analysis Research Director Piers Harding-Rolls to learn more about Microsoft’s intentions with Xbox Game Pass and its potential on a competing video game platform like Nintendo Switch. But we’ve also heard directly from Microsoft on the matter.

Axios’ Stephen Totilo reports that Nintendo redacted portions of an Xbox executive’s deposition in the Epic Games v. Apple trial because it shows “completely sensitive information about negotiations between Nintendo and Microsoft.”

Along with Sony, Nintendo and Microsoft are some of gaming’s biggest power players, so what would they have to negotiate about if not something like bringing Game Pass to Nintendo platforms? Inverse asked Microsoft about this very topic, and the answer certainly leaves the possibility open.

“We’re thrilled about the future of Xbox and plan to continue our mission of enabling gamers to play the games they want, with the people they want and on the devices they want,” a Microsoft spokesperson tells Inverse. “We have nothing further to share at this time.”

Microsoft won’t outright confirm or deny Xbox Game Pass and cloud gaming’s potential on Nintendo Switch. Still, the spokesperson’s comment shows that Microsoft is interested in bringing the service to more than just PC, Xbox, and Android. Recent expansions towards iOS, web browsers, and a TV app could be just the beginning.

But what’s the actual likelihood of Game Pass ending up on a Nintendo console? Ampere Analysis Research Director Piers Harding-Rolls sees potential, though Nintendo likely has less interest than Microsoft. “I think Microsoft would be happy to investigate the idea, but I’m not convinced Nintendo would go for it,” he tells Inverse.

“Nintendo offers a specific user experience that is based on the integration of first-party content and hardware,” he says. “Introducing Game Pass could upset that balance. In fact, I think Nintendo is well placed to build its own content subscription service. Nintendo is also pursuing its own cloud gaming strategy alongside partner Ubitus.”

Nintendo Switch already has a few titles that require a cloud-based connection, like Hitman 3 and Control. Fan reception to these ports has been mixed. As such, it’s unclear if Nintendo would bring Xbox Game Pass to Nintendo Switch via the cloud or to what extent the partnership with Ubitus will continue.

Harding-Rolls does think Game Pass on Switch could be very successful, though some gamers might not like it if playing via the cloud is required.

“It’s an interesting idea, not least because there are over 80 million Switch consoles in the wild,” Harding-Rolls says. “Switch is inherently well suited to consume Game Pass content but lacks the mobile connectivity of smartphones, for example. Assuming a hypothetical implementation would be streaming-based, I think uptake by Nintendo-only users would be curtailed somewhat by the cloud gaming proposition.”

Cloud gaming is still a somewhat niche and controversial subject due to the underperformance of Google Stadia. Reliance on cloud gaming might frustrate players if Xbox Game Pass comes to Nintendo Switch, but it would likely be the only way some more demanding Microsoft-published titles could come to the service and the Switch itself.

Nintendo did not respond to a request for comment.

Why is Xbox Game Pass coming to more platforms?

Sony and Nintendo are significantly more exclusive with their content. Nintendo owes a lot of its success to longstanding exclusive franchises. Sony only rarely ports PlayStation games to PC. Microsoft seems eager to get Xbox titles on as many platforms as possible, but why?

“Our goal is to connect gamers with their friends and a worldwide community of players,” a Microsoft spokesperson tells Inverse. “We are doing this by embracing multiple devices through cloud gaming and meeting the player where they want to play.”

Microsoft’s current aim is to reach as many players as possible. Harding-Rolls agrees that Microsoft has the technology and strategy to make it so they don’t have to rely on a single game console like Sony or Nintendo to achieve that goal.

“Microsoft’s platform strategy is increasingly horizontal in nature and is centered on Xbox Game Pass and the Microsoft Store,” Harding-Rolls says. “With these online services acting as platforms underpinned by Azure and its cloud gaming technology, it is increasingly device-agnostic.”

Microsoft doesn’t want Xbox Game Pass to rely only on Microsoft platforms. By diversifying the number of available platforms, it’ll reach more consumers, generate more revenue, and (potentially) become something totally independent of Xbox consoles. Microsoft is still dedicated to the console market with consoles like Xbox Series X and upcoming games like Halo Infinite, but Game Pass could be on path that’s distinct but works in concert with traditional Xbox gaming.

Even if you don’t have Microsoft’s shiny new console, the company wants to find a way for you to access Game Pass on whatever terms are easiest for you. Saturating the market with accessibility in the last decade is what’s made Netflix so successful.

“It wants to reach as many gamers as possible, so partnering with various companies — it could be other platforms or carriers, for example — is a way to deliver that,” Harding-Rolls says.

Even though Nintendo and PlayStation are beating Xbox in the current console war, Microsoft is gaining an early lead in the cloud gaming and subscription service front. It remains to be seen if the industry will actually shift in that direction due to the underwhelming nature of Google Stadia and Amazon Luna.

If the industry does shift in that direction, however, and Microsoft manages to get Xbox Game Pass on Nintendo Switch, then it’ll truly be in a league of its own.