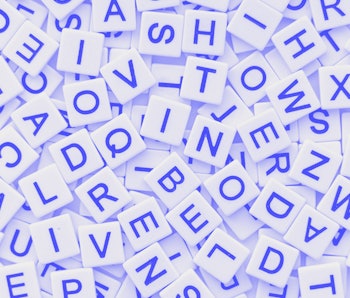 Wordle 235 has just gone live, and eager players are doing their best to solve the brand-new puzzle for February 9. But even after trying out your very best starting words and proven strategies, not every single day will be a winner. Do you need three clues to help you figure out the latest word? Are you more interested in just scrolling down to see the answer for yourself? Either way, we’ve got you covered with everything you need to know about the newest five-letter social surprise.

While we understand some people have come to sneak a peek at the answer for Wordle 235, others prefer getting a little nudge to point them in the right direction. For those folks, we’ve assembled three clues that get increasingly revelatory the further down the list you go.

Clue #1: The word for Wordle 235 can technically be used as a noun or verb, but it’s probably more commonly thought of as a noun.

Clue #2: The word features two vowels: a U and an O in the second and fourth positions respectively.

Clue #3: This word is associated with comedy.

As a reminder when making your guesses, it helps to know that Wordle works from a dictionary of commonly used words that rarely ever features plurals. In that spirit, today’s word is not a plural, and it’s definitely used very often in the English language.

When it comes to our round of guesses, our traditional starter word, SLATE, completely failed us this time, leading us to opt for five completely different letters for our second guess. That led us to the discovery of the R and the O, and we figured tossing them at the end of the word was worth a shot. FUROR just so happened to be a very effective guess, giving us all we needed to arrive at HUMOR as the final answer.

In the grand scheme of possible Wordle solutions, Wordle 235 has some elements that make it easy to guess and others that might make it tough to reveal. The H in particular might be hard to uncover, as it’s not featured in the most popular starting words. We imagine most folks will be waffling between the U, O, and R like we were, and they might need a little help figuring out how to arrange them. Still, this is such a commonly used word that it might not be too hard to guess at random.

That’s all you need to know about the answer to Wordle 235.

More like this
Gaming
Jan. 31, 2023
How to Duel Your Friends in the Marvel Snap Battle Mode
By Joseph Yaden
Gaming
Jan. 23, 2023
Your ultimate Persona 4 Golden quiz and exam cheat sheet
By Hayes Madsen
Gaming
Feb. 1, 2023
Surprise Your Opponents With This Overwhelming Marvel Snap Mystique Deck
By Joseph Yaden
LEARN SOMETHING NEW EVERY DAY.
Related Tags
Share: