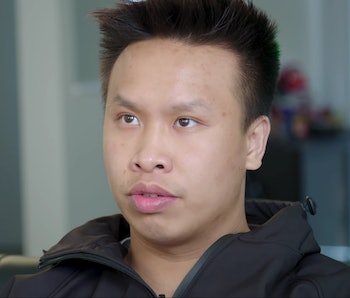 No esports company is bigger — or more influential — than TSM. Founded in 2009 by brothers Dan and Andy “Reginald” Dinh as Team SoloMid, it’s become one of the most popular and successful competitive organizations in games like League of Legends, Super Smash Bros., and Apex Legends.

It’s not uncommon to hear “TSM” chants ring through the rafters of esports arenas as a group of mechanically efficient pro gamers dazzles the crowd with their finger-flicking proficiency. But after a series of bombshell reports claimed that the 29-year-old CEO Reginald Dinh has been abusive toward employees, the luster of esports’ golden goose has finally started to wear off.

TSM is essentially the New York Yankees of esports. Forbes recently ranked TSM as the world’s most valuable esports organization, worth $540 million with $56 million in estimated revenue in 2021. In a 2020 teaser video, TSM also claimed to have the “most expensive gaming facility,” a 25,000 square foot building that cost almost $50 million to build.

In June 2021, Bahama-based cryptocurrency exchange FTX made a $210 million deal with the organization to officially change its name to TSM FTX — though it rarely gets called that outside of promotional copy. TSM didn’t turn down ethically dubious crypto cash for the chance to fill its coffers.

TSM’s League of Legends team has won seven North American LCS titles, making it one of the most successful in the history of the game. But those wins didn’t come without controversy. Videos of Reginald verbally berating teammates go back a decade. One infamous clip from 2013 ends with a teammate breaking his keyboard in frustration.

But the fallout of these early controversies was largely confined to the esports world. TSM continued to become more popular and influential. The organization expanded to other video games, brought on popular streamers, and sold dizzying amounts of branded merchandise.

The glossy image of TSM began to tarnish late last year, when Peter “Doublelift” Yilang, a former pro player and streamer, slammed his former organization and Reginald in a November 2021 stream.

“People don't like working with him. He’s like a bully who gets away with being a bad person because he’s powerful because people are afraid to stand up to him,” Yiliang said.

Yiliang revealed on Thursday that a few days after that stream, a lawyer for TSM had sent him a letter claiming he had breached his contract and owed the company upwards of $400,000. The letter shows an attempt to try and silence dissent, which ultimately proved to be nothing more than an empty threat.

The allegations have continued to snowball ever since Yiliang stepped forward. In January 2022, Wired reported that League of Legends developer Riot Games was investigating Reginald for workplace misconduct. Several former employees claimed that he had verbally abused and bullied them.

In response, Riot Games told Wired it was “aware of the allegations made about the CEO/owner of TSM” and that it had hired a law firm to “conduct an independent investigation into claims of misconduct made against the leader of this team.”

“People are afraid to stand up to him.”

Riot Games hasn’t yet revealed its findings and it’s unclear when — or if — it will. The company has a history of turning a blind eye to allegations of workplace misconduct: in December 2021 it agreed to pay $100 million to current and former employees to settle a 2018 class-action lawsuit alleging gender discrimination and sexual harassment.

Dinh told Wired in a separate statement that he has “exceedingly high expectations for myself” and that he has “zero tolerance for underperformance.” His response almost seemed flippant, brushing off credible allegations as mere passion for the game.

On May 5, The Washington Post published a report detailing Reginald’s allegedly abusive and toxic behavior at TSM and sister company Blitz. It echoed similar claims of harassment and verbal abuse from Reginald, describing a company with high executive turnover, contractors misclassified, and employees scared to speak up.

The world of esports is overpopulated with venture capitalists and bloated wallets who hope it can become as valuable and lucrative as traditional sports. As the top-tier pro gaming brand, TSM has attracted plenty of money and attention. But all these allegations suggest the company has a foundational rot that’s been overlooked for far too long. Despite its outward successes, it seems as though TSM is crumbling from within.