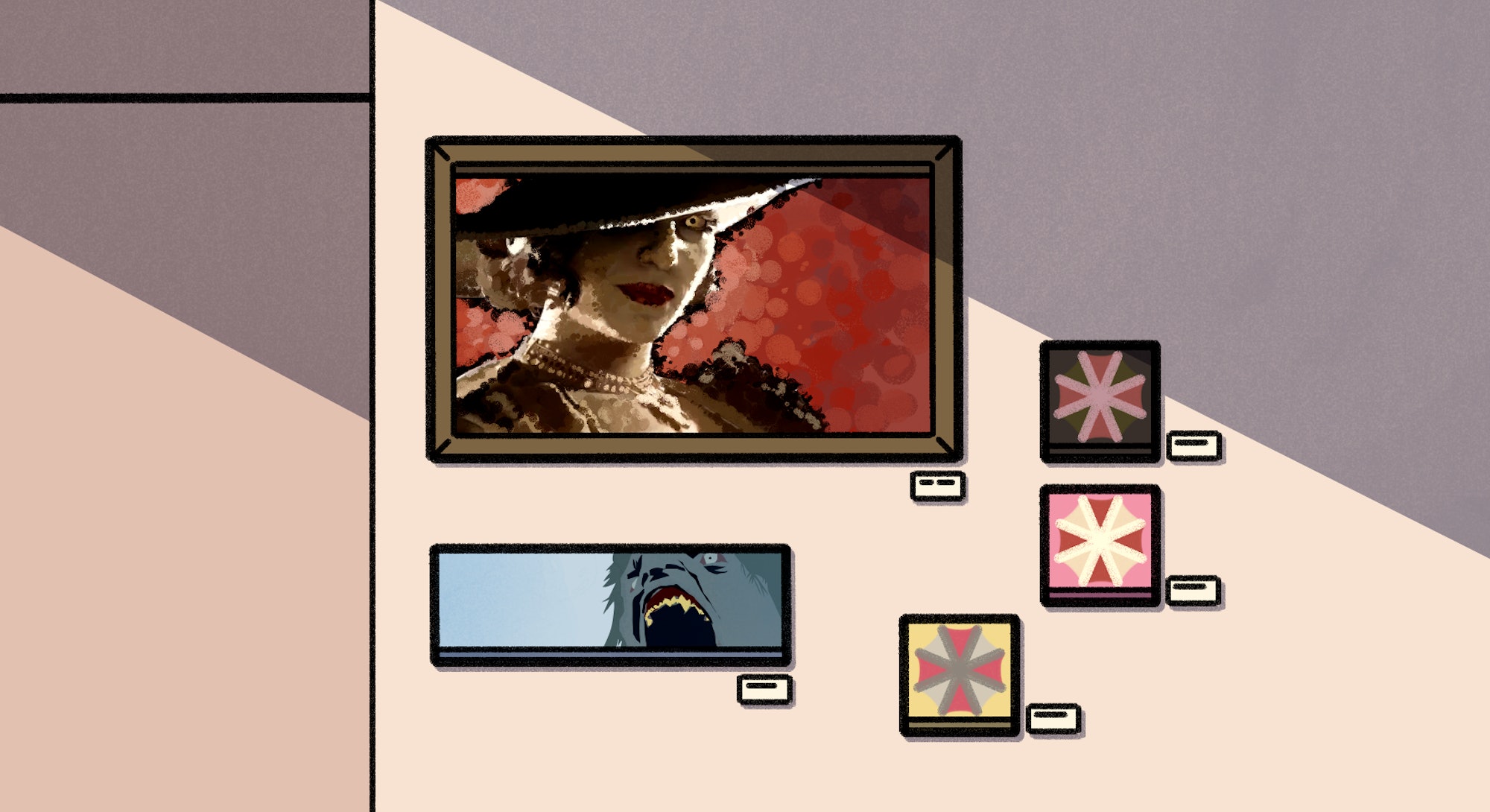 Resident Evil has been terrifying gamers with its haunted mansions and abandoned labs for 25 years.

Capcom’s 1996 game for the original PlayStation threw players into a terrifying world of shambling zombies and sinister secrets. A quarter of a century later, the hotly anticipated eighth game in the series is nearly here.

Resident Evil Village is a direct sequel to the critically acclaimed Resident Evil 7: Biohazard (2017), which brought the franchise back to its roots with a terrifying tour through an abandoned Louisiana plantation that was also the first in the series to feature an immersive first-person view.

Despite the franchise’s many ups and downs — both in the video games and spinoff Resident Evil movies — fans are still excited for Village. It’s not just because Resident Evil 7 helped resurrect the series, but because the upcoming game promises to combine the best elements from previous entries while adding in supernatural elements and a brand-new Eastern European setting.

“I'm excited for Village because it seems like an amalgamation of two of the best games in the series — Resident Evil 7 and Resident Evil 4,” Francis Collins tells Inverse. Over the decades, the Resident Evil games evolved from haunted house scarefests to action movie blowouts. RE4 (2005) introduced blockbuster setpieces and large-scale battles to the series for the first time, but subsequent sequels saw the series steer too aggressively into generic shooter shlock. RE7 was widely praised by fans and critics for the claustrophobic scares that made the series memorable in the first place.

“Village looks like it's going to absolutely nail the balance between scary thrills and action,” Hector Ramirez II says. “It feels like a spiritual successor to Resident Evil 2 and Resident Evil 4, but turned up to 11 with menacing characters like Lady Dimitrescu.”

Resident Evil’s memorable setpieces, terrifying villains, and over-the-top scares have kept the fandom vibrant for 25 years, and Village is poised to bring even more bloodthirsty fans into the fold.

Since the first game debuted in 1996, the Resident Evil series has appealed to a massive fan base, selling millions of copies. The series also inspired six movies and an upcoming Netflix anime series. Players love the scary survival elements, campy horror themes, and satisfying gameplay loop — and Village seems like it’ll move forward with those beloved traditions.

Many fans trace their history with the series all the way back to the first installment. Sabrina Rei Stewart recalls playing the original Resident Evil game in college.

“A simple door animation used to hide loading times was scarier than anything I'd seen in a video game to that point,” she says. “And, of course, I yelped when that first Cerberus attacks from the window!”

Another RE fan, Sterling Silver, remembers dropping one of the earlier entries at first because it was too scary, but was captivated after watching a family member play.

“I never played Resident Evil 2 again, but years later, my older cousin had Resident Evil 4, and I watched him play it and I thought it was awesome,” Silver says. “That opening segment of Leon fighting the villagers was so intense and ominous back in the day.”

Addison Langford has a similar story. “Watching my cousin play through the original games as a kid was what attracted me to them,” he says.

Other fans started with more recent entries. “My first Resident Evil game was Resident Evil 5, playing it solo,” says Ramirez. “I liked it, but then I played it with a friend not long after and just fell in love with the series as a co-op experience.”

The wait for Village has no doubt been tough, but fans have been doing many things to keep themselves occupied in the meantime.

Langford and fellow Resident Evil fan Alex McCumbers have been biding their time with another of Capcom’s recent releases: Monster Hunter Rise. They’re also keeping an eye on updates for Resident Evil Village while trying to avoid spoilers.

“I do watch the major update events for Village,” McCumbers says, “but mostly I avoid trailers because I know I'm going to love it already.”

What’s next for Resident Evil?

The future of Resident Evil is as mysterious as the mansion where the game first began, but fans have plenty of ideas where Capcom could take the series next, from realistic suggestions to outlandish ideas.

“I’d love to see a remake of [Resident Evil 1] in the style of the Resident Evil 2 and 3 remakes,” Langford says. But not everyone agrees. Collins is sick of remakes, “except maybe Code: Veronica.”

One thing is clear: Fans need more variety with the characters in future installments, and to see stories beyond the usual Raccoon City. Longtime fan Keith Mitchell wants to see more new faces, just like we’re getting with Resident Evil Village.

Others would like to see more inclusivity in the series. “As for the future, I would love to see them have a female or maybe trans protagonist,” Stewart says. “I'd love another everywoman who isn't armed to the teeth, [or] someone who has to outwit the environments and dangers with a very limited arsenal.”

Ramirez and Collins are eager to see more multiplayer standalone games and modes in the franchise, despite the mixed reaction to Capcom’s previous attempts. Resident Evil multiplayer has been present since the earlier entries but has fluctuated in quality. Mercenaries, a time-trial arcade shooter mode, has been embraced by fans since 1999’s Resident Evil 3. Other attempts, like 2020’s 4 vs. 1 online multiplayer, Resident Evil Resistance, have met with a lukewarm reception.

“As unpopular as the idea is among hardcore fans, I'd like to see Capcom succeed in making [an] online Resident Evil game,” Collins says.

“I think dinosaurs in the RE Engine would be sick.”

Fans like McCumbers and Justin Celani also want Capcom to continue to experiment with Resident Evil in the future.

“I would love to see more tropes explored in Resident Evil, like how we're seeing werewolves and vampires [in Village],” McCumbers says. “I think dinosaurs in the RE Engine would be sick.”

“I'd love to see the franchise continue to evolve, take chances, and throw new ideas at the players,” Celani adds.

However, other fans argue Resident Evil should stick to its strengths.

“While I always enjoy innovation in games, I'd love to see Capcom stick with the formula that they have now, speaking for both the recent remakes and current mainline games,” Lazarus Tegra says. “There's a great mix of horror and action that make it feel accessible to a larger audience.”

Will Resident Evil Village please new and old fans alike? We’ll find out after May 7.