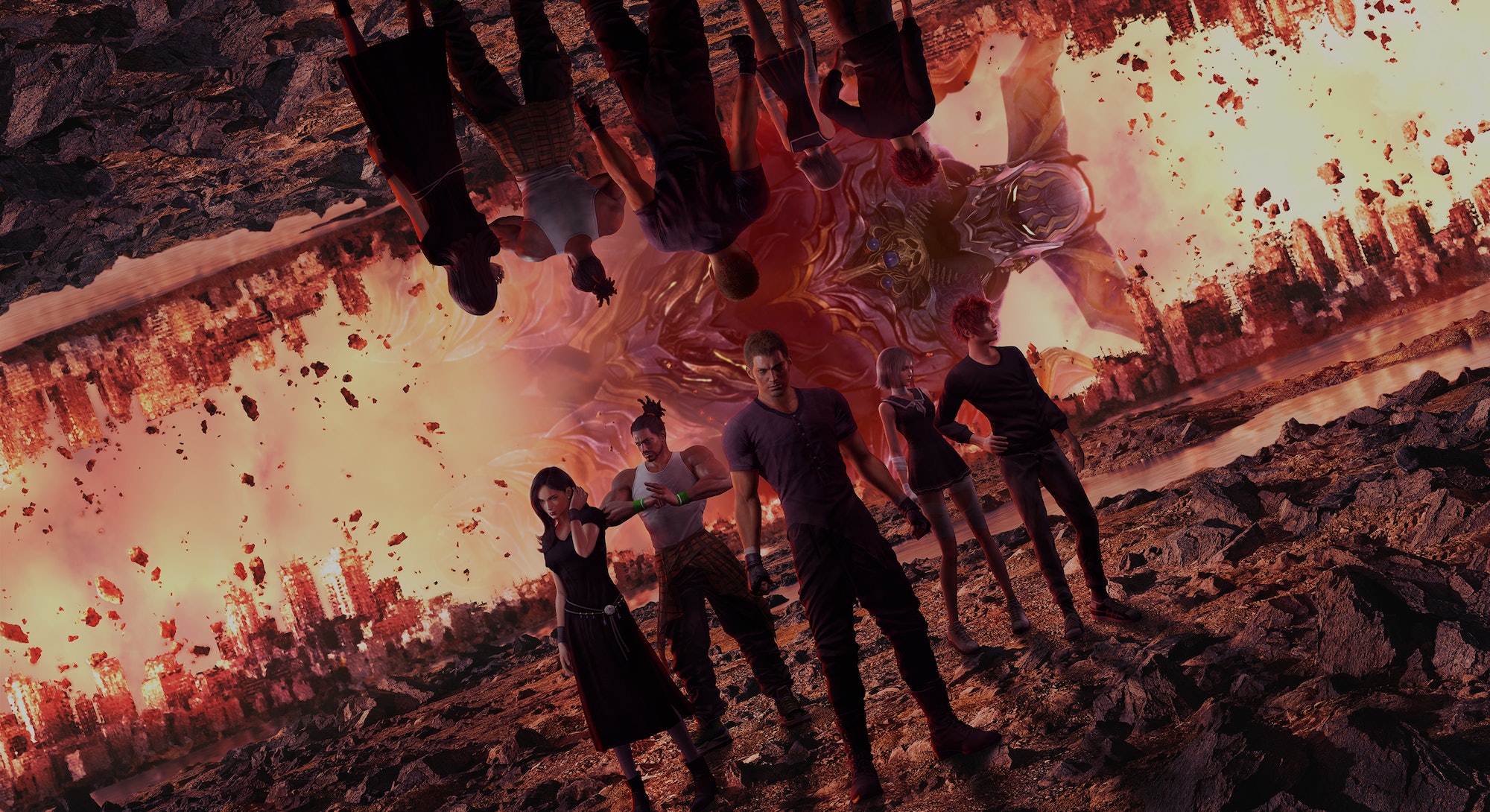 Jack Garland might be new to the Final Fantasy franchise, but he’s already got an unmistakable sound.

Frank Sinatra’s iconic ballad “My Way” is the unlikely theme song to Stranger of Paradise, Square Enix’s metatextual retelling of the story of 1987’s Final Fantasy. But it was an original composition, “Jack’s Theme,” that provided the direction for the game’s full soundtrack. Series visionary — and aspirational fashion icon — Tetsuya Nomura provided direction and an unnamed reference song as guiding lights for composer Naoshi Mizuta.

A mix of aching strings and bombastic choirs, “Jack’s Theme” deftly shifts between shimmering hope and monumental dread. It is, as the kids say, A Big Mood.

“The song itself was created with the emotions of Jack's character in mind, and while it is intense, I think it has a sense of fragility to it,” Stranger of Paradise Director Daisuke Inoue tells Inverse. “This song ended up determining the direction of all the other songs included in this title.”

Inverse spoke with Inoue and producer Jin Fujiwara about the remarkable variety of music in Stranger of Paradise, and how the aesthetics of previous Final Fantasy games shaped the ambitious new spinoff.

Cornelia is the first town in the original Final Fantasy and the name of the world in Stranger of Paradise. To what extent does the older concept for Cornelia shape the new one?

Inoue — There was definitely an influence there. When working on a title with an existing motif, I always think about what to keep and what to reinterpret as elements unique to the game at hand, while basing it off the original game. This has been a consistent approach since the development of Dissidia Final Fantasy.

I looked to the pixel art from the Famicom era and incorporated features such as castle shapes or the fact that the town is surrounded by an outer wall. At the time, the Famicom did not allow for a lot of freedom in color, but the white-based atmosphere is a contrasting color of light against the darkness (black) that pervades the world, so we decided to incorporate it into this work. There is a fountain square in Cornelia around which (although not accessible as part of the game...) are located buildings based on the original designs, such as weapon and armor shops, tool shops, and magic shops.

The dungeons in Stranger of Paradise have been inspired by previous Final Fantasy games. Which environments you were particularly eager to return to?

Inoue — There was definitely a part of me that wanted to reimagine the dungeons of titles I had previously worked on, such as Final Fantasy XIII and Final Fantasy XV, and titles I’d played in the past, like Final Fantasy VII.

There's been a lot of discussion recently about difficulty in games. What features or gameplay mechanics in Stranger of Paradise have been designed with accessibility in mind?

Inoue — These are all common features when it comes to accessibility considerations, but key configuration and vibration settings etc. can be adjusted. On a more granular level, there are also settings to change whether the subtitle displays include sound effects, as well as motion blur settings.

In terms of gameplay assistance, there are settings for automatically acquiring dropped items and automatically equipping collected gear, since the game involves acquiring a lot of equipment. As far as display, the duration of the soul burst animation can be shortened through settings as well.

The game's final trailer, which includes Frank Sinatra's "My Way," was instantly memorable and widely discussed on social media. What does this song tell us about Jack?

Fujiwara — The lyrics to "My Way" match Jack's way of life and emotions so well that we decided to use it as the theme song for this title.

The song is also included in the final game and appears several times, including right at the start of the game, so we hope you enjoy seeing which scenes it plays in!

What musical styles and moods can players expect from the Stranger of Paradise soundtrack?

Inoue — The music for this title was created by three composers, Mizuta-san, Iwasaki-san, and Yamazaki-san, who have all worked on various Final Fantasy songs in the past.

The first piece we created was "Jack's Theme," which is also used in the trailer and was composed by Mizuta-san. Nomura-san had provided direction for the song, and the reference song we were given had a mixture of both fragile and intense qualities which betrayed the flow of the melody — in a good way!

The song itself was created with the emotions of Jack's character in mind, and while it is intense, I think it has a sense of fragility to it. This song ended up determining the direction of all the other songs included in this title.

Due to the nature of this game, some of the songs are inspired by or are actual arrangements of different Final Fantasy songs, however, our guiding principle was to retain the flavor of each existing song while adjusting the flow of the melodies to create a different atmosphere and mood.

It wouldn’t be as interesting if the three composers created their music strictly in line with the original pieces, and I feel each was able to compose freely while keeping the overall direction in mind… At least, that’s what I hope. As a result, the music is full of variety, from intense to solemn to tragic. I hope you enjoy the various moods.