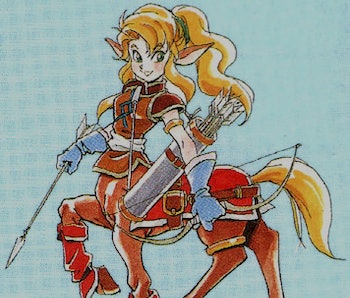 The video game industry in 1994 could best be described as “extremely fluid.” The year began with Nintendo declaring it the “Year of the Cartridge,” emphasizing its best-selling GameBoy and still-strong SNES systems and ended with a defiant Sony launching the disc-based PlayStation. The era of 2D games was waning, and with it came a strong desire among Nintendo’s competition to break through into 3D first.

This fear is where Sega’s downfall as a hardware company began. Wanting to beat the Atari Jaguar to market, Sega rushed its new 3D system, the Sega Saturn, into stores at high prices without many games. The entire launch became a mess, only adding to the problems plaguing the 16-bit Sega Genesis, which was already confusing potential customers with add-ons like a 32-bit peripheral called the 32X.

Lost amid all this changing hardware was the fact that the Genesis was putting out very solid games. First released in 1988, it was undoubtedly an aging system, but developers had figured out how to use the system to maximum effect. The result was a game like 1994’s Shining Force II, an epic late-era Genesis tactical RPG with an impressive scope and fun gameplay. It’s available right now if you’ve subscribed to Nintendo Switch Online + Expansion Pack.

How large was Shining Force II? According to a 1993 roundtable interview (via Shmuplations) with director Shugo Takahashi, the original game was “just shy of 80 megabits.” That amount of data was so large that the building of the game became a game itself, a jigsaw puzzle of compression that ended up using “99.74 percent of the available memory” for the Genesis.

The game’s opening cutscene, far longer than most of this era, shows off the ambition. In the Kingdom of Granseal, a rat thief named Slade moves through catacombs with two compatriots looking for the score of a lifetime. He comes across two brightly shining jewels. Above, a storm rages and the king senses a dark omen. The tunnels start collapsing as Slade takes the jewels, and the king falls sick.

This opening scene takes its time, letting the characters build out their own interactions as the player watches on. It’s a truly impressive prologue. Once the scene ends, the player is sent out of the castle and into Granseal, where a young boy, Bowie, is getting out of bed for school. Shining Force II is large but curated — a player can explore pastoral Granseal, but Bowie is clearly directed to the school.

Once there, Bowie’s teacher Sir Astral is quickly called away to look after the ailing king. His curious students follow him to the castle, and soon a small party forms as they join Astral in exploring the castle. The group soon makes its way to a tower sealed off long ago, where they discover the spectral monsters that Astral calls Gizmos. While this isn’t really a scary name, they start to multiply.

SFII’s turn-based gameplay goes quickly and allows players to move, attack, use an item or cast a spell. Figuring out the range of attacks for each character means the player has to organize each character’s items and where they are on the battlefield. It’s a fun game of chess that quickly becomes more complex in future battles.

Hiroyuki Takahashi, the game’s producer and lead writer, said during the roundtable that the developers “didn’t want it to be a game of senseless slaughter. If it’s kill, kill, kill, then eventually killing itself becomes pleasurable.”

Most games similar to SFII offer a plot loosely focusing around defeating something evil. “For us, evil is something that disturbs peace,” Takahashi says, and it’s reflected in the game as Bowie and his crew work to stop other kingdoms and Granseal from entering into a horrible war.

Shining Force II was sadly lost in the endless mid-90s Sega shuffle, which makes it a wonderfully underrated game. The sprites are rich and detailed, the music offers a sense of emotional drive be it in battle or witnessing a death, and the gameplay is a fun puzzle. Games don’t often use over ninety-nine percent of their system’s memory.