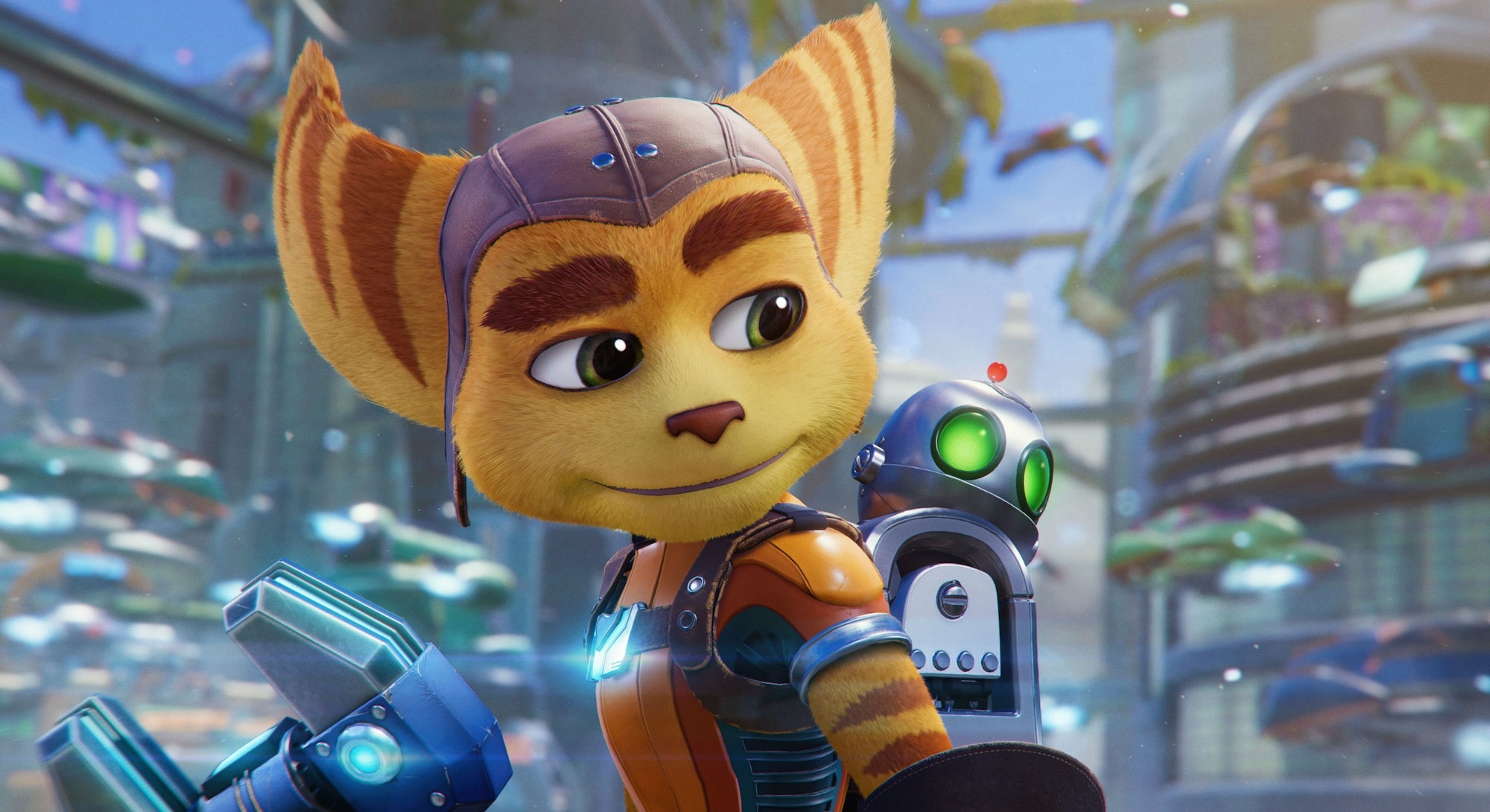 Ratchet & Clank: Rift Apart is a stunning showcase for the PlayStation 5 and already one of the very best games of 2021.

Given its high accolades from most major outlets, we’re here to make sure the experience is broadly playable for everyone — regardless of their physical ability or impairment. Sony has earned lots of favor in the differently abled community for the accessibility settings in first-party exclusives like Marvel’s Spider-Man and The Last of Us Part II.

But can those accessibility successes transfer to a shooter-platformer?

About the reviewer: Having been diagnosed with Cerebral Palsy, color blindness, and monocular vision, games are best suited for my taste when accounting for moderate physical and mild visual impairments. This review will try to cover as many conditions as possible, but that is largely the lens through which I see software.

It may help to consult Sony’s full list of Ratchet & Clank: Rift Apart accessibility settings as you read this review as well. We’ve organized this review to mirror the layout of the in-game menus for those who’d like to follow along.

Accessibility and difficulty are far from the same thing, but they can be related. While not all difficulty levels are listed in the official documentation, Rift Apart has five different difficulty settings that range from Rookie Explorer to Renegade Legend. Rookie Explorer is essentially the same as the Rookie Recruit setting above it, only it’s impossible for Ratchet to die. So, if there’s a combat sequence you’re stuck on for accessibility reasons, you can move down to Rookie Explorer for a simple fix. It’s not the most elegant solution, but it’s the fastest.

The game also features a few puzzle sequences that involve slotting different-colored orbs into specific locations to allow Clank and his inter-dimensional possibilities to reach the opposite end of chasms blocked by objects. Especially with HDR enabled, I found it difficult to tell the difference between orb colors and struggled to parse the solutions due to my limitations in spatial awareness. Luckily, if you’re like me, or just don’t want to engage with these puzzles, you can skip them without penalty.

Skips aren’t always the best accessibility feature, but, in this case where the puzzles don’t add much to the overall game experience, it’s an adequate solution.

On the gameplay and camera front, there are options to map movement to the D-pad and adjust the sensitivity to aiming and camera movement. These are more or less garden-variety options, but they’re nonetheless welcome here.

The real star of this menu is the option for simplified traversal. In a game that has players switching between rocket boots, swinging across pits, and clinging to magnetic walls, it was an absolute godsend to be able to map all of these actions to the circle button. While there may be occasional instances where the game incorrectly predicts which item you’re trying to use, these hitches are few and far between. As Ratchet and Rivet’s gadget arsenal grows, simplified traversal is a feature that may come in handy for all players, whether they’re disabled or not.

For those who want to remap every single button to another configuration, that option is there as well. I felt most at home with a modified version of the default setup.

Ratchet & Clank: Rift Apart features a variety of aim and firing modes that allow players to change actions that require multiple button presses into commands with longer holds. Weapons can also be set to keep firing until toggled off by a single press.

The modes that were perhaps most useful and effective in my case were the Strong Aim Assist and Auto Aim. This essentially meant that I was able to swap between targets automatically, without having to point at them. In most cases, the feature worked great. However, in instances where there were heavy and medium-type foes on screen, sometimes it did select the wrong bad guy. During those situations, I was able to adjust with the stick as one traditionally might to select the correct target. It’s not perfect, but completely functional.

The same can be said for melee strike options, which similarly allow players to mash out each individual hit, or to have Ratchet and Rivet continually whack enemies until a single button press signals them to stop. While functional for those who need it, I found the control scheme to be a bit confusing to grasp and not all that necessary once you reach the later stages of the game and have a large collection of weapons to substitute for your wrench. This might be a setting you can turn off after a few hours, as repeated melee mashing doesn’t have to be a huge part of the experience.

Two major standouts in this menu are the bespoke assists for grinding and flight. The former feature automatically slows the game’s speed down when precise jump timing is required, while flight assist helps keep your craft level and pointed in the right general direction at all times. Vehicle flight in Ratchet & Clank 2016 was an absolute mess, and it’s still not entirely perfect here, but the assist made those sequences bearable, at least.

One feature that seemed to cause more problems than it solved was the “look at waypoint” option. As its name describes, this mode turns the camera toward the waypoint, so one always has a basic idea of where to go next. In practice this sounds helpful, but it became far too unwieldy and led to a handful of unnecessary deaths in rail sections by pointing the camera away from objects on my path.

In that same vein, I also found the game’s waypoint system in general to be slightly less precise than I would’ve liked. Especially when there were multiple objectives on screen, the waypoints would sometimes take too long to switch to new objectives as they came in. The waypoints also don’t properly illustrate the direct path to each spot, which means visually impaired gamers may struggle with navigation in that regard. The on-demand arrow feature in The Last of Us Part II is far superior, while Rift Apart’s waypoints are just serviceable.

While I didn’t use too many of the visual presets during my playthrough, it’s worth noting that Rift Apart features a fully functional high contrast mode that colors less-essential environmental objects in grayscale while highlighting major platforms. This should serve most visual needs, but the setting does turn itself off during cutscenes. For a game with a fairly heavy narrative lean this is an odd miss, but it could be patched later on. For my own visual guidance, I only had to keep waypoints on at all times.

When it comes to haptics, Rift Apart is designed to make use of the Adaptive Trigger and haptic features of the DualSense. Each weapon features two different fire modes, first achieved by pulling triggers to their resistance point and then another mode by fully pushing past it. These modes may be tough for players with fine motor limitations to fully master, but luckily they can be disabled in a number of ways if they become cumbersome.

The Experiential setting allows players to feel all the extra sensations Sony has implemented, including the bass of loud music or the pitter-patter of Ratchet or Rivet’s feet as they traverse. But, for visually impaired gamers who may want clearer direction, the Functional option limits environmental vibration to only core gameplay actions like collecting items. If your vision is strong enough that you feel the refined vibrations won’t detract from your ability to understand the action, definitely try to keep them on for the technical showcase aspect of it all, but the base vibrations are serviceable enough to offer haptic indicators where traditional sight may falter.

The quick take — There is a lot to unpack when it comes to accessibility in Ratchet & Clank: Rift Apart, but most gamers who play with a disability just want the answer to one simple question: can I play it?

While this game isn’t quite as flawless in its accessibility execution as something like The Last of Us Part II, it does introduce a few features, particularly the ability to slow down gameplay, that should be adopted more broadly. Barring a few minor quibbles, Ratchet & Clank: Rift Apart is one of the most accessible triple-A games yet. 9/10