“The amount of wonk and surrealness was just a joy to work and play in.” 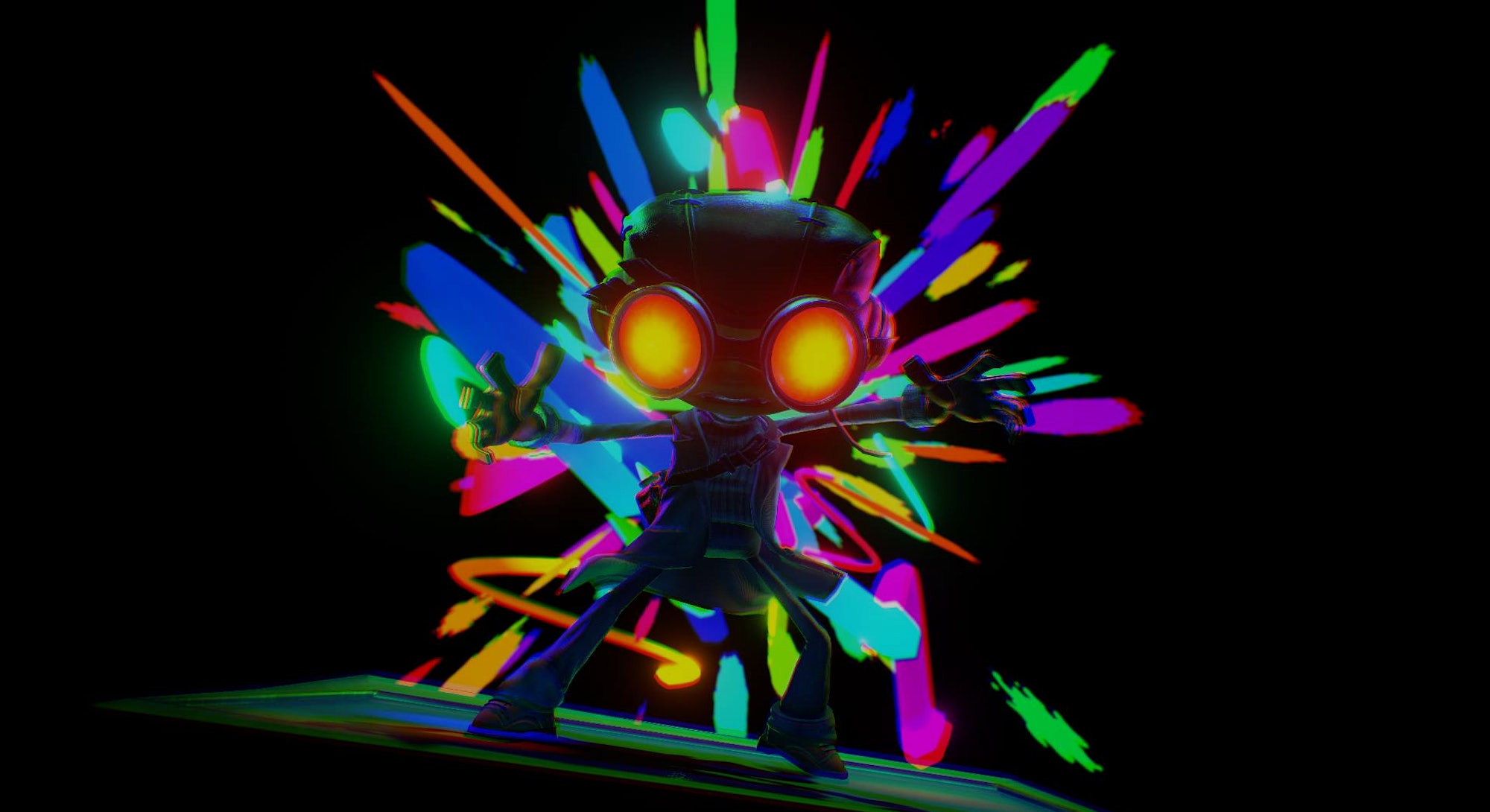 Calling a game “wonky” is typically insulting, but the wonkiness of Psychonauts 2 is one of the best things about it.

Psychonauts is a 3D platformer series where players explore physical manifestations of people’s minds. Environments are tied to a character’s emotional state, so Psychonauts 2 embraces an uneven design aesthetic full of curves and disproportionate shapes.

According to Art Director Lisette Titre-Montgomery, who previously worked on South Park: The Fractured But Whole at Ubisoft, the development team at Double Fine refers to this visual style as “wonk.” LucasArts alumnus Tim Schafer seemingly founded the studio with that design in mind.

“From a visual standpoint, the amount of wonk and surrealness was just a joy to work and play in,” Titre-Montgomery tells Inverse. “I would say that this is probably the most stylized game I’ve worked on, and I have a history of working on stylized games.”

Inverse went hands-on with six of Psychonauts 2’s levels. Each shared this iconically wonky style while maintaining its own distinct feel. If you worried the Microsoft acquisition would tone down the wackiness in Psychonauts 2, fear not. It will still be one of the weirdest games Microsoft has ever published.

After a brief video recapping the events of Psychonauts and Psychonauts in the Rhombus of Ruin, Psychonauts 2 jumps right into the action. Raz and his fellow Psychonaut compatriots of the first game are investigating the mind of the insane Dr. Loboto. The goal: Find out who hired this dentist to kidnap Truman Zanotto, leader of the Psychonauts and father to Raz’s girlfriend Lili.

Dr. Loboto’s mind is a mix of a boring office and the inside of a mouth.

One minute, Raz is platforming off office cubicles, and the next he’s grossly jumping on teeth and unzipping a closed mouth to progress further into Loboto’s mind. It’s a bold start that demonstrates how Psychonauts 2 isn’t afraid to get weird, so it’s the perfect setting to get accustomed to the game’s wonk works.

Teeth are curvy and seem unnatural in this context. They stand out against the sterility of an office. Every level of Psychonauts 2 finds unexpected combinations that play off each other well like this. After this level, Raz discovers there’s a mole within the Psychonauts, but he’s relegated to just being an intern at the organization.

Eventually, he learns the mental connection skill from interim Psychonauts leader Hollis Forsythe and delves inside her mind. Raz successfully messes with her mind so he and the other interns can go on a high-risk mission to find the mole at a casino. But in the process, Forsythe becomes unhinged and begins gambling instead of helping. So they have to dive into Forsythe’s mind to navigate a disturbingly perfect mashup of a hospital with a casino.

Psychonauts 2 fully embraces the macabre humor of this combination, giving players a giant roulette determining if people get a child in the maternity ward, horse races where the heart constantly fails in Cardiology, and more.

While these first two worlds are gross and dark as they dabble in some intense mental health topics, Psychonauts 2 remains approachable and fun. Things can get serious, but Tim Schafer’s hilarious writing and unique visual style keep you entertained, even when the game is at its most grim.

“Our approach was that every human is different, so every brain level should look completely different from the last one,” Titre-Montgomery explains. “That helped us build really unique, rich visuals for each level.”

Among other levels in the game is Compton’s Cookoff, which takes place inside the mind of an anxious Psychonauts founder Compton Boole. In it, he’s stuck in a cooking game show where hand puppets of other Psychonauts members constantly judge him.

Players must complete a series of cooking challenges in this level, chopping, blending, and plating various ingredients, which also happen to be the audience members of the game show. This was the most unique level Inverse played by far and shows just how far the development team can stretch the game’s wonkiness without making a level that feels out of place.

There was also Cassie’s Collection, a level inside the mind of another Psychonauts founder who deals with multiple conflicting personalities. The visuals triumph by mixing a giant library full of wavy bookshelves and a fish market with Burton-esque buildings.

The various levels in Psychonauts 2 feel cohesive despite many distinctions. This can be attributed to that “wonk” that Double Fine made sure was in every level. The unique approach to development Titre-Montgomery discloses to Inverse also helped with that process.

Of course, this meant the workload on the levels was pretty front-heavy, but it allowed the team to prototype and refine ideas on a really small level before creating them.

Inverse only got to see a small selection of the many levels in Psychonauts 2, but Double Fine’s unique approach to development and intentional wonk is already paying off.

Double Fine created a series that feels unlike anything else within Microsoft’s broader lineup. While it’s pretty different from the sci-fi shooters that first-party Xbox games are known for, Psychonauts 2 will be one of the most memorable games Xbox Game Studios has published in a long time.