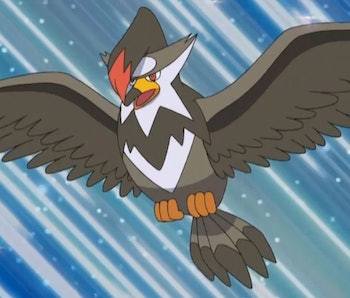 The infamous Hidden Moves in the Pokémon series are always a requirement for making forward progress, and they take up valuable move slots on some of your team members. In Pokémon Brilliant Diamond and Shining Pearl, HMs are now similar to TMs in that they can be replaced with other moves. Still, they show up as “Hidden Moves” in a Pokétch App and help you progress through the game. Here’s how to find all 8 of them on your journey to become a Pokémon Master.

You can’t miss it! When you first walk through the Oreburgh Gate cave on your way to Oreburgh City, a hiker will give you Rock Smash. It allows you to break certain rocks that block your progression. You can use this HM after you’ve beaten Roark.

Once again, it’s impossible to avoid! Players will meet Cynthia on the northernmost road in Eterna City. After introducing herself to the player, Cynthia will give the player some Cut TMs, which will show up as a Hidden Move. You can use Cut outside of battle after beating Eterna City gym leader Gardenia and progress through the story.

This is the first Hidden Move that you can miss. It’s in a Poké Ball inside of the warehouse in Veilstone City. You can access it after beating the Team Galactic Grunts in a double battle with Dawn in front of the building. Once you beat Veilstone City gym leader Maylene, Fly lets you fast travel to any city in Sinnoh that you’ve already visited. It’s technically not required for progression but will make backtracking a lot easier.

To obtain Defog, you must speak to an Ace Trainer near the Great Marsh’s exit. This Flying-type move clears up the thick fog in a couple of Brilliant Diamond and Shining Pearl areas, making navigation easier. You’ll need to have beaten Pastoria City gym leader Crasher Wake to use it outside of battle, though.

Surf is another Hidden Move that you will always obtain. Cynthia’s grandmother will give it to you after you defeat a Team Galactic Grunt in Celestic Town and investigate the town’s ruins. This powerful Water-type move lets you surf across the water on a Bibarel’s back and will finally give you access to several new areas like Canalave City. You’ll need to beat Fantina’s gym in Hearthome City to use it outside of battle.

An old lady on the top floor of Route 209’s Lost Tower will give players TMs for the Hidden Move Strength. While you can avoid Strength at first, it is eventually required for progression as you can’t get to Snowpoint City without pushing some boulders around. You can use this Hidden Move outside of battle once you beat Byron’s gym in Canalave City.

This Hidden Move is required for progression, but you can miss it on your first time through Route 217. Rock Climb is in a Poké Ball behind a house on that snowy route. After you beat Snowpoint City Gym Leader Candice, you can use this move to climb up particular walls and mountains around Sinnoh.

The final Hidden Move is Waterfall, and you can’t miss it. Jasmine, a Johto gym leader visiting Sunnyshore City, gives this HM to the player after they’ve beaten Volkner, the final gym leader. This Water-type move lets the player scale giant waterfalls. In turn, this gives them access to the Pokémon League.