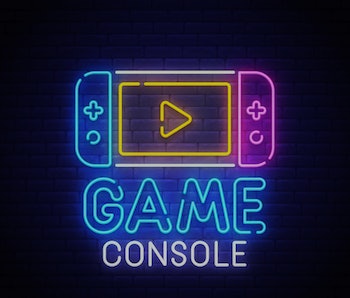 The Nintendo Switch is now more than 3 years old and has proven to be a massive success for Nintendo, but with next-generation consoles like the PS5 and Xbox Series X on the horizon and new platforms like Google Stadia emerging, Nintendo fans are clamoring for a more powerful "Switch Pro" that can compete. But will it happen? And if so, when?

Here is everything we know about a possible new model of the Switch:

What do we know about the Switch Pro?

Speculation for the Switch Pro has been swirling for years now but increased in 2019 when multiple outlets reported that it was in development.

The Wall Street Journal mentioned that Nintendo "has ideas for further updates to the Switch lineup after those two models to make the platform’s lifecycle long." As the Nintendo Switch Lite provides a less powerful but more portable and affordable console, it is believed that the Switch Pro would do the opposite as a more powerful platform that will have some exclusive benefits. Think about what the PS4 Pro did for the PS4, and you'll have an idea for what the Switch Pro could offer — better graphics, bigger hard drive space, and a sleeker, more cutting edge design.

Switch Pro development may have hit some roadblocks based on a 2019 report from Nikkei that revealed "next to the compact and inexpensive version, the development of the next-generation model that completely remodels the current model will be postponed." The report also suggested that the Switch Pro is focusing on "improving operability and image expression, and changing the basic software (OS)."

As Bloomberg, Nikkei, and The Wall Street Journal have all reported that a more powerful version of the Switch is in development, the hardware appears to be real, even if Nintendo isn't ready to announce it yet.

When is the Nintendo Switch Pro release date?

At one point in time, a 2020 release date for the Switch Pro seemed very likely. A DigiTimes report from January 2020 claimed that Nintendo would start producing a new model of Nintendo Switch at the end of Q1 2020 for release during the middle of the year. This seemed plausible, but Nintendo President Shuntaro Furukawa denied this report during Nintendo's January 2020 earnings call.

"Please note that we have no plans to launch a new Nintendo Switch model during 2020," he stated. As such, a 2020 release for the Switch Pro appears to be out of the question unless he was lying to investors, which doesn't seem likely. Still, his comments don't deny the existence of any Switch Pro plans; they just confirm that a 2020 release date is seemingly out of the question.

Therefore, it looks like an early 2021 release date for the Switch Pro is a possibility. Releasing a more powerful version of an already available console four years after the fact does have a precedent within Nintendo. The New Nintendo 3DS released in 2015 more than four years after the initial 3DS launch. The Switch Pro could serve a similar function, so release at some point in 2021 seems likely. Furukawa has confirmed to investors that the Switch is in the middle of its life cycle. A newer more powerful model would certainly give the system the boost it needs in the latter half of its life that could be just enough to compete with next-gen consoles.

At the very latest, the Switch Pro would need to come out by 2022 so it doesn't conflict with whatever Nintendo's next-generation console plans might be. The delay Nikkei mentioned also could've impacted the Switch Pro's release, but the upgraded console still feels like an inevitability at this point.

More like this
Gaming
7.24.2022 3:00 PM
You need to play the most underrated strategy RPG on Nintendo Switch ASAP
By David Grossman
Gaming
8.2.2022 2:00 PM
33 years ago, one Nintendo innovation changed how we game forever
By Willa Rowe
Gaming
8.4.2022 3:00 PM
Everything you need to know about Pokémon Scarlet and Violet
By Hayes Madsen, Willa Rowe and Joseph Yaden
Related Tags
Share: