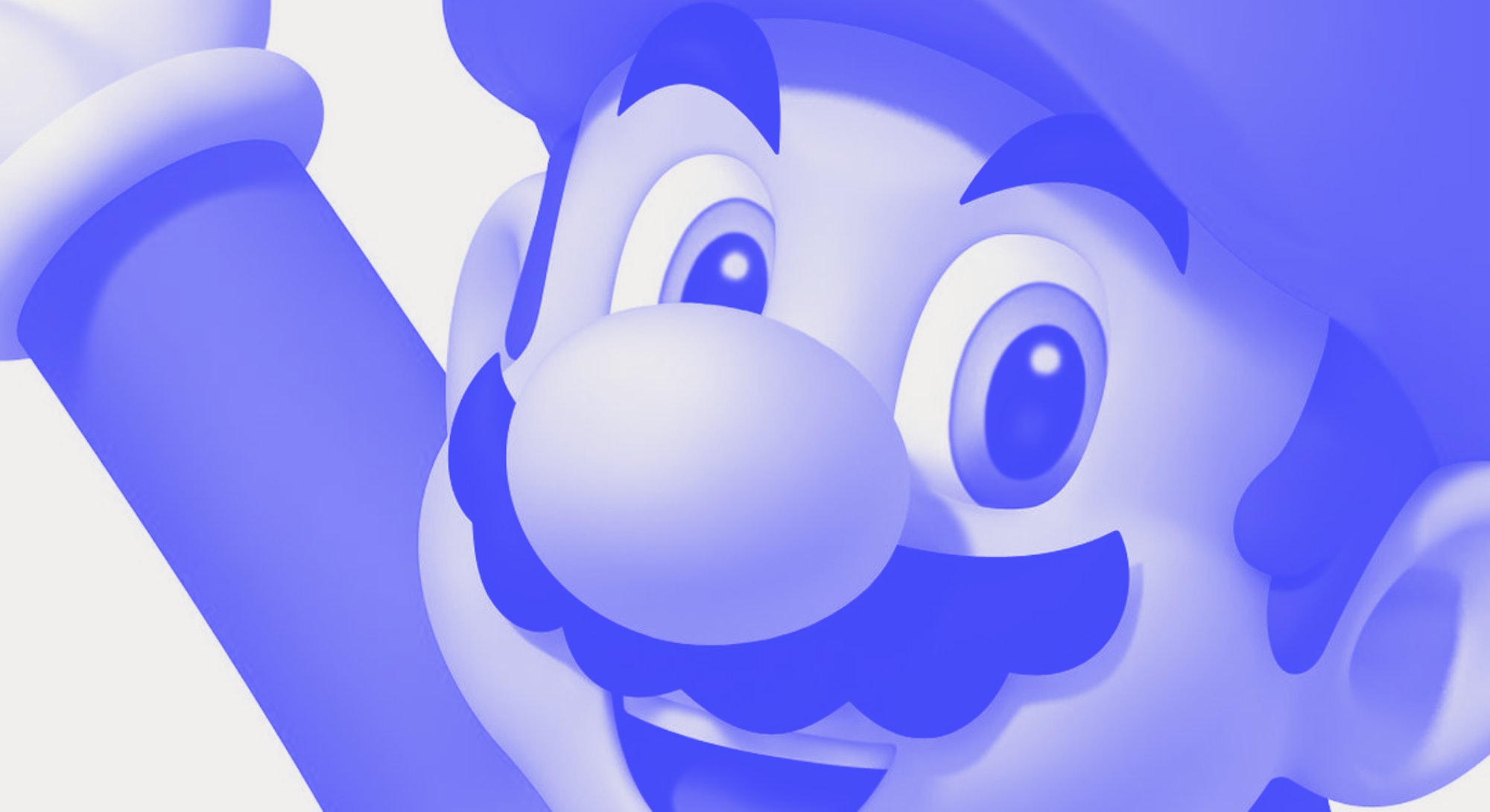 Brandon and Rachel Kuzma, aged nine and six, set their sights on a large rectangular box under the tree. They begin tearing the wrapping paper. The sister identifies the gift first. “Nintendo!” she says, before her brother drowns her out with a bellowing cry of ”NINTENDO SIXTY-FOUR!” that’s been heard over 25 million times.

Though the moment has since been commoditized to oblivion – the “N64 Kids” partnered with BMW and Taco Bell for commercials, and just this fall auctioned off an NFT based on the popular clip — you can still feel a primal energy in the original video.

Such excitement isn’t easy to replicate but, if any game company has come close to bottling lightning, it’s Nintendo.

I remember my own teenage efforts to buy the new system after the Nintendo 64 launched. First, I had to find one. Some days I called the nearby Toys ‘R’ Us on a bi-hourly basis. Not once did the store, or any others I tried, have one in stock. And yet I’d call again the next day, determined to get something that I began to suspect I wanted partly because it was so difficult to get in the first place.

Was I playing right into Nintendo’s nefarious plot? Or was I just another sad example of what Mark Twain knew in 1876, that “in order to make a man or a boy covet a thing, it is only necessary to make the thing difficult to attain”?

Christmas, 2006. The Wii had all the ingredients of a massive, embarrassing misstep: The juvenile name, the last-gen tech, the small launch line-up. And yet it was almost impossible to find for two years after its November 2006 release. That didn’t stop people from trying. As described by The New York Times, customers would show up at the exact time of UPS deliveries, and follow the trucks to their next stop if none of the rectangular white consoles came off the loading bay. And this was in December 2007, a full year after its debut.

Nintendo had landed on that indefinable mixture of desire and accessibility. The Wii was a toy for everyone that everyone actually wanted. But when the system so accessible that your grandma could play became inaccessible, that desire ratcheted up a dozen notches. That led many to blame Nintendo for a sneaky tactic that’s stuck to it like a smear of Blooper ink — artificial scarcity.

“Our psychological motor is pre-cranked and ready for irrationality.”

There’s no hard evidence to suggest that Nintendo purposefully kept product off the shelves to limit supply and increase demand. In fact, what seems like a crude but effective marketing strategy has actually cost the company money. Back in 2007, James Lin, an analyst at MDB Capital Group, estimated Nintendo left more than $1 billion on the table with its Wii shortages.

Such phenomena are like lottery tickets. If a company manages to land the season’s big fad item, a toy legend is born. You all know Coleco’s Cabbage Patch Dolls, Tyco’s Tickle Me Elmo, and Tiger Electronics’ infamous Furby.

But when the mania dies down, the next attempt fails to recapture the magic. Anyone remember Tickle Me Elmo X? Me neither. But somehow Nintendo keeps picking the winning numbers.

Christmas, 2016. With the Wii U faltering and a new push into mobile games underwhelming fans, Nintendo put out a seemingly simple plug-and-play box complete with thirty NES games. This was no “lateral thinking with withered technology” innovation. This was what countless companies had already done before. The only difference was that it included some of the greatest early video games inside some strikingly nostalgic packaging. And, for months, the NES Classic was as sought after as the Wii was a decade earlier.

In his skeptical takedown of Nintendo’s moves, game designer Ian Bogost floated the old artificial scarcity theory before dashing it against the rocks of fiscal reality. Nintendo just didn’t make enough of a box that shouldn’t have caught fire. But it did.

There’s a whiff of self-fulfilling prophecy with any hard-to-find gadget. Once we know we might miss out we work harder to find one, which makes it harder to find for everyone else. With Nintendo and its products – whether it’s hardware or software or even, once, Hyrulian neck coverings – we know a few constants. The price won’t go down (so there’s little reason to wait) and the shelves may be empty (so if you see it, grab it!). Our psychological motor is pre-cranked and ready for irrationality.

The only real evidence that Nintendo takes part in artificial scarcity is when it says so, right on the box. Hyrule Warriors: Limited Edition for the Wii U came to America with a big caveat. The company would only sell the package, complete with a “replica of Link’s scarf,” at its Nintendo World store in New York City. It could have sold the game at Wal-Marts across the country. It didn’t. That’s what “limited” means to Nintendo.

In the fall of 2020, it released a more questionable “limited edition.” Super Mario 3D All-Stars, a Nintendo Switch three-pack of Super Mario 64, Super Mario Sunshine, and Super Mario Galaxy, would only be available for six months. Both physical and digital copies were shackled by the time limit.

How can a digital download be limited, you ask? Good question. Fans were peeved, but bought it in droves anyway.

“There’s a whiff of self-fulfilling prophecy with any hard-to-find gadget.”

Would 3D All-Stars have sold as well as it did without the arbitrary finish line? Maybe not. Would Nintendo have sold more copies if it didn’t remove the collection from stores? Maybe so. The only winners in this game may be exploitative scalpers; fancy a copy for $25,000? (Thankfully, some distributors still have it in stock.)

Conspiracy theories notwithstanding, Nintendo either has bad luck estimating consumer demand, an otherworldly marketing team, or an uncanny ability to tap into — and even shape — the gaming zeitgeist. It’s most likely a combination of all three. In 2007, George Harrison, then the Senior VP for Marketing at Nintendo of America, told The New York Times, “It’s a good problem to have.” And it’s had those good problems for several decades now.

Christmas, 1988. Players everywhere want the latest and greatest game for the NES, Super Mario Bros. 2. But no one has the game or system in stock. ABC’s 20/20 even does a primetime feature story on it starring that famous man with a mustache (not the one you’re thinking of). Somewhere in America, a child opens up his Nintendo and begins bawling with joy.

Long before and long after the “N64 Kid” was shrieking in ecstasy, countless parents have caught their kids in moments of Mario madness. In an odd twist of fate the Nintendo Switch, still the best-selling system after five years on the modern market, is the only console available to buy before Christmas 2021. Stock of Sony and Microsoft’s systems is plagued by chip shortages, thanks to shipping delays and global unrest.

“It’s a good problem to have.”

Maybe game companies aren’t involved in a conspiracy to elicit ravenous urges from their dedicated fanbase. Maybe they’re just one cog in a very complicated, impossible-to-predict industry that ebbs and sways with the whims of a capricious and rabid audience.

Christmas, 1996. I unwrapped my very own surprise Nintendo 64. My mother worked some kind of miracle; I still don’t know how she found one. I didn’t scream or cry.

Maybe I should have, as the two games “Santa” gave me weren’t Mario 64 and Wave Race 64, but Killer Instinct Gold and Wayne Gretzky’s 3D Hockey. And — perhaps because I knew how lucky I was, and how long I had quested for this divine machine — I loved every minute of ‘em.