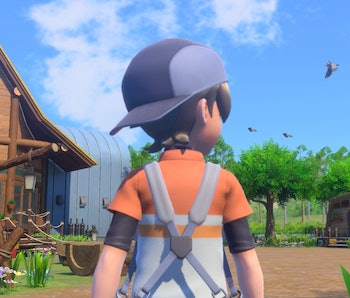 Pokémon Snap returns for the series' 25th anniversary! Fans have demanded a follow-up to this classic Nintendo 64 game for year because it broke the mold of what we expect from the traditional Pokémon experience.

Interest in a remake or sequel has been high ever since it was re-released for the Wii U in 2017. We've rounded up everything we know about the New Pokémon Snap so far. That includes the release date, developer, improvements, pre-orders, and more.

When is the New Pokémon Snap release date?

New Pokémon Snap will be released on April 30, 2021. This year also marks the 25th anniversary of the Pokémon franchise. February 27 is the exact anniversary, but The Pokémon Company plans to celebrate this occasion throughout 2021 with new announcements and events.

Is there a New Pokémon Snap trailer?

The most recent trailer debuted on April 15, a couple weeks out from the game’s debut. Check it out below:

This trailer is the most robust introduction to the game we’ve seen yet. It details how to operate the camera in your all-terrain submersible, the Neo-1. You’ll visit deserts, islands, snowscapes and more. It also runs down an assortment of items you can use to get the best photos, like Flufffruit and Illumina Orbs. Some Pokémon will respond best to a melody or a scan, which can also help you uncover new paths for exploration.

Each area will have its own corresponding research level. The more time you spend in a given area and the better your photos, that level will increase, giving you access to new events and new nuances to each zone.

If you want to see a more atmospheric trailer or just want to know how the game was unveiled, you can also check out the announcement trailer for the game as well as the second trailer that gives more insight into the game.

New Pokémon Snap is now available for pre-order, both on the Nintendo eShop and at retailers. The game does cost a full $59.99 and doesn't have any major pre-order bonuses, which might be a little expensive if the sequel is as short as the original.

You can pre-order the game on the Nintendo eShop and at retailers like GameStop, Best Buy, and Amazon.

New Pokémon Snap will be exclusive to the Nintendo Switch. The concept does seem one that could work well on the likes of Wii U and 3DS, but Nintendo hasn't been developing games for those systems over the past couple of years.

The concept of New Pokémon Snap also would have potential as a mobile game, but there aren't plans for a mobile Pokémon Snap just yet. For those of you playing Pokémon games on mobile devices, there are plenty of options. Pokémon GO is still super popular, Pokémon Smile can teach kids how to brush their teeth, and Pokémon Cafe Mix is a laid back puzzle game. In 2021, we have Pokémon Sleep and the MOBA Pokémon Unite to look forward to.

Who is developing New Pokémon Snap?

The original Pokémon Snap wasn't created by the main series developer Game Freak; instead, Kirby developer Hal Laboratories and a more obscure developer Pax Softnica worked on the Nintendo 64 game. Neither of those teams is involved with the development of New Pokémon Snap though, according to the credits of the presentation that revealed the game.

What improvements will New Pokémon Snap have?

While New Pokémon Snap certainly has a lot of common with the N64 original, like the game being on-rails, there are also some differences. First, it has a different premise that isn't as tied to the anime. Players control a young photograph as they do an ecological survey of the region with Professor Mirror and his assistant Rita in a vehicle called the NEO-ONE.

As players go through each level, they'll encounter various Pokémon living in each area and interacting with each other in dynamic ways. Part of the fun is looking for the hidden Pokémon, but you'll have to attract some of them to get the best pictures.

Players do this by throwing Fluffruit for the Pokémon to eat, playing melodies for Pokémon, and Illumina orbs that make Pokémon glow. After you get through a level, Professor Mirror will rate your pictures and determine your score, just like Oak did in the original. Players can then edit the brightness, zoom, and blur these photos and can choose to share them online with others.

New Pokémon Snap is poised to be a bit more dynamic than the original, as Pokémon will start to behave differently the more players progress and fill out their Photodex. New Pokémon Snap also features a mysterious force called the "Illumina Phenomenon" that appears to cause Pokémon to Dynamax out of nowhere. It's briefly teased at the end of the trailer.

Overall, New Pokémon Snap seems to be both a reimagining of the original that also tries some new things, as New Super Mario Bros. did for that series on Nintendo DS.

What Pokémon will be in New Pokémon Snap?

As for we ones we can take photos of in the game, Inverse spotted the following 73 Pokémon :

There are certainly even more that weren't featured in either trailer, so the amount of Pokémon in New Pokémon Snap should easily meet and surpass that of the original.

New Pokémon Snap will be released on Nintendo Switch on April 30, 2021.

More like this
Gaming
18 hours ago
How to add Arceus, Diamond, and Pearl Pokédexes to Pokémon Home 2.0
By Robin Bea
Gaming
5.10.2022 6:09 PM
Nintendo confirms 7 huge Switch games coming later this year
By Robin Bea
Gaming
5.11.2022 8:05 PM
Everything we know about the crab souls-like Another Crab’s Treasure
By Hayes Madsen