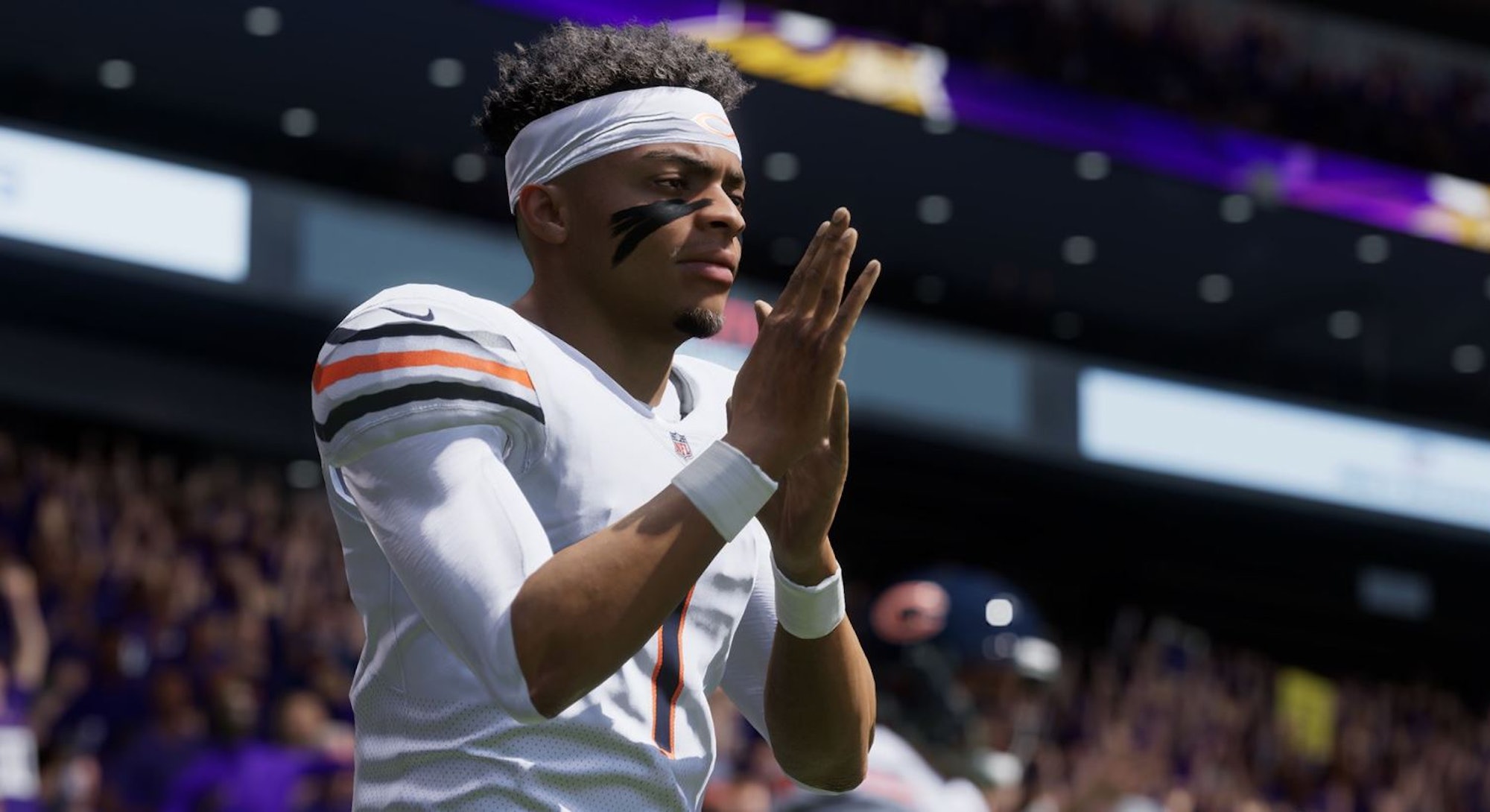 From Tecmo Bowl to Madden, football games have always delivered the power fantasy of scoring touchdowns as part of your favorite team in the biggest U.S. stadiums.

Madden NFL 22 will finally let you do something so much bigger — in a much better way — with some major updates to Franchise Mode.

Since Madden NFL 99, the games have provided a “Franchise” mode that involves managing and coaching a football dynasty season after season. Managing a dynasty seems as intrinsic to a football simulator as couch co-op or quickplay, yet it’s been ignored by EA in recent years. More focus has gone towards money-making modes like Ultimate Team.

But in an early preview at Madden NFL 22, we at Inverse learned all about some of the biggest updates coming too Franchise Mode — and all the other tidbits that’ll make your Franchise experience even better.

Franchise Mode has become a staple in most sports games over the last two decades. Controlling your offensive line during a football game is one thing, but controlling and managing entire teams off the field through an entire simulated season is the pinnacle of a football sim.

It’s really what a sports game should always focus on. Despite that, there has been a lack of improvements made to Franchise Mode in Madden for several years. But this year, Madden is going deep.

You’ll still control a football team as an owner, coach, and/or player, but you’ll have more progression systems, and a staff to manage now.

The biggest addition is a Staff Management menu that lets players customize their coaching staff. The Head Coach, Offensive Coordinator, Defensive Coordinator, and Player Personnel can all be customized, with each coach having unique Talent Focuses that will give them buffs.

Additionally, they have Talent Trees, so coaches can evolve and get better over time by using Staff points gained from challenges.

The Gameplan system has also been expanded: Players have more options for their offensive and defensive Gameplans as they take on teams with different playstyles. The developers are also planning to make player stamina more important during the flow of a game.

There are also decision-making scenarios, adding a bit more of a story and cinematic flair to the game as your owner or coach will make choices that can impact the rest of the season. More of these will be added post-launch, in addition to a reworked scouting system.

All of these features should add some much-needed long-term progression to the mode, which typically becomes shallow after a season or two. While it’s shocking that many of these weren’t already in the game, it will finally give this mode the depth it needs to reach its full potential.

Franchise Mode will also benefit from some of the other changes coming to Madden NFL 22, the biggest of which are the new “Gameday” features. Gameday Momentum introduces an actual momentum meter that can give bonuses (called M-Factors) based on your performance.

Home teams get an immediate advantage, and each stadium has a unique gimmick that can impact player performance. The wind is always much stronger when you play at the Chicago Bears’ Soldier Field. Developers confirmed to Inverse that you can’t turn these features off, either, so everyone will have to deal with the unique quirks of each stadium.

Gameday Momentum is definitely the biggest gameplay modification to the Madden series since the X-Factors system was introduced in Madden NFL 20, and even then, this will be much harder to ignore.

Still, all of these changes will make Franchise mode all the more interesting. It should feel fresh every week thanks to the home field M-Factors and varying momentum during games.

The scouting rework is the only post-launch franchise update the developers were willing to confirm, but they still claim even more updates are on the way post-launch. Madden NFL 22 is shaping up to be the year of Franchise mode and a major shakeup for a series that typically doesn’t see such a big shift from year to year.

Madden NFL 22 is about to make big plays— perhaps the biggest in the last decade — and we can wait to see how far the game makes it down the field.