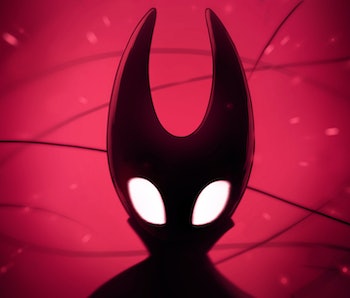 Metroidvania games — where players explore large, labyrinthine worlds in 2D — mostly exist in the indie game space, and a select few fantastic games are able to make the formula feel fresh. 2017's Hollow Knight was one such game, releasing to critical acclaim and selling well on PC and eventually Nintendo Switch, PS4, and Xbox One.

When is the Hollow Knight: Silksong release date?

Even with the latest divulgence of information, we still don't even have a release window for Hollow Knight: Silksong. Team Cherry's PR manager appeared to suggest that the game was in the final testing stages official Discord back in December but later clarified that this discussion of game releases was unrelated to Hollow Knight: Silksong.

The first game came out in 2017, so the sequel's been in the works for a while. That said, For now, Hollow Knight fans just have to be patient as we wait to learn more about the sequel's release window.

Is there a Hollow Knight: Silksong trailer?

Yes, there is, though it's quite old. An announcement trailer and 20-minute video revealing more details about the game were released back on Valentine's Day in 2019. The trailer showcases the new protagonist Hornet while teasing that there's a new world, more intense platformer action, over 150 new enemies, and new abilities to use. Check it out below:

What platforms is Hollow Knight: Silksong coming to?

Right now, Hollow Knight: Silksong is only slated for PC and Nintendo Switch. Considering that those are the platforms that the first game found the most success on, it makes sense that Team Cherry would choose to target those platforms first.

The original Hollow Knight did eventually come to PS4 and Xbox One, so it is very likely that the Silksong could come to those systems, PS5, and Xbox Series X at some point in the future. For launch though, just expect Hollow Knight: Silksong on PC or Nintendo Switch.

What is the story of Hollow Knight: Silksong?

Hollow Knight: Silksong follows Hornet, a character that players met and fought in the first game after she ends up in the Kingdom of Pharloom. Players follow her as she ascends the kingdom to reach a citadel, and possibly what's even beyond this. While Team Cherry is keeping a lot of story details under wraps, the developers did tell Edge Magazine that Hornet is a much more defined protagonist.

"She's able to express her aims and intentions and stuff which then means that you can't really hide her intentions or objective from the player," Co-Director William Pellen told Edge. "So there's still heaps of mystery, but the player will really quickly — even if you haven't played Hollow Knight — get a basic idea of who Hornet is, her attitude, and her starting goals."

Like the first game, Hollow Knight: Silksong is a Metroidvania that features an expansive world for players to explore. Players will complete quests and gain new abilities over the course of the adventure that not only flesh out Hornet's move set, but open up new areas as well. While Silksong is similar to the first game in that way, Team Cherry stresses the fact that Hornet's size and abilities actually make the game feel quite different.

The developers explained to Edge magazine that "Hornet being taller changes everything" as she moves faster, jump higher, mantle and clamber on ledges. Hornet also relies more on physical attacks and abilities in combat, rather than the magic players got comfortable with in the first game. Hornet can also heal herself with an ability called Bind, though this ability is slow to use.

Hornet also uses shell shards from enemies she's killed to craft Tools to help her in fights. Some of the abilities mentioned by Edge include a Pimpillo Bomb that has a large area-of-effect for damage, Sting Shards to extend spikes when hit, a Straight Pins that can be thrown from a distance to hurt enemies. Hornet can uses Tools through Crests, which are customizable Tool loadouts.

Is Hollow Knight: Silksong DLC or a sequel?

Hollow Knight: Silksong is a full-fledged sequel to the first game featuring a completely new character, enemies, worlds, and more. The game did start its life as a Kickstarter DLC stretch goal for the first game, but the developers quickly realized that an experience starring Hornet was worth fleshing out in its own game that would also serve as a "perfect jumping-on point for new players," according to Co-Director Ari Gibson

For those reasons, you don't need to worry about the game just being a glorified expansion to the first game, especially with how long Team Cherry is taking to polish the experience.

Hollow Knight: Silksong is in development for PC and Nintendo Switch.

More like this
Gaming
Sep. 21, 2022
Everything you need to know about Dragon Quest Treasures
By Robin Bea and Hayes Madsen
Gaming
Oct. 4, 2022
6 best spooky games to play on Nintendo Switch Online ASAP
By Joseph Yaden
Gaming
Oct. 3, 2022
How to find fresh designs to upgrade and decorate your Splatoon 3 locker
By Hayes Madsen
Related Tags
Share: