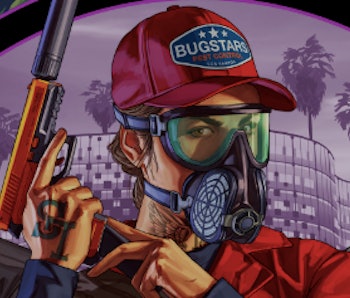 Each week, the Grand Theft Auto Online mode of GTA V sees some sort of update. These updates vary in size and importance, but have kept players coming back to the game for more than six years. As Grand Theft Auto V remains one of the best-selling games across platforms every month, we don't expect this support to die down anytime soon. This week's update dropped on Thursday, and while it does contain some neat car and clothing additions, it is ultimately very underwhelming.

What is new in GTA Online this week?

This week's GTA Online update brings a new car and shirt to the game in addition to some double bonuses and new discounts. The most notable new addition is the Dinka Blista Kanjo Compact car. It's supposed to be a somewhat dated Japanese car from the 90s, blending a lot of elements from Honda models from that era. Rockstar says "this Japanese auto-icon deserves all the love, attention and heavy modifications you can offer" in the update announcement post, so it should be able to hold its own in races around Los Santos.

This new car is the central focus of this post-Diamond Casino Heist update, as the new shirt even ties into it. Dubbed the "Dinka Tee," this shirt sports the fake company's logo and will be a reward for any player who logs into GTA Online before February 26.

While Rockstar teased that next week's update will introduce a new Open Wheel Race Series during the announcement, for now, players can attempt to get the Progen PR4 through the Lucky Wheel at the Diamond Casino.

This week's update also comes with the expected double rewards for some modes. As of today, Survival missions and Associate and Bodyguard work are giving twice as much money. Meanwhile, Special Cargo Sell missions and VIP Work & Challenges are offering double the amount of RP and money.

A variety of properties, vehicles, and weapons are available with discounts of up to 40 percent, with Twitch Prime members getting exclusive 35 percent discounts on the Fire and Lifeguard trucks and an Arcade property. You can see all of the available discounts below:

Is this update worth your time?

This update really only appeals to hardcore fans, as it doesn't offer much that's super new. Those who like to try out the latest GTA Online vehicles or just like the 90s aesthetic of the car may be interested, but it and the free shirt aren't enticing enough to be the reason someone should hop into GTA Online for the first time in a long while.

As frequent players chip away at everything GTA Online has to offer, I'm sure the double experience bonuses and discounts will be helpful. Ultimately, this week will mainly just determine which modes you're playing to get the extra experience and money and not much else.

Some fans of Grand Theft Auto IV's online modes may also be flocking to this version of GTA Online soon because Rockstar confirmed that multiplayer won't be present when Grand Theft Auto IV: Complete Edition returns to Steam on March 19. That being said, I'd recommend waiting for a meatier update before diving in if you're not playing regularly.