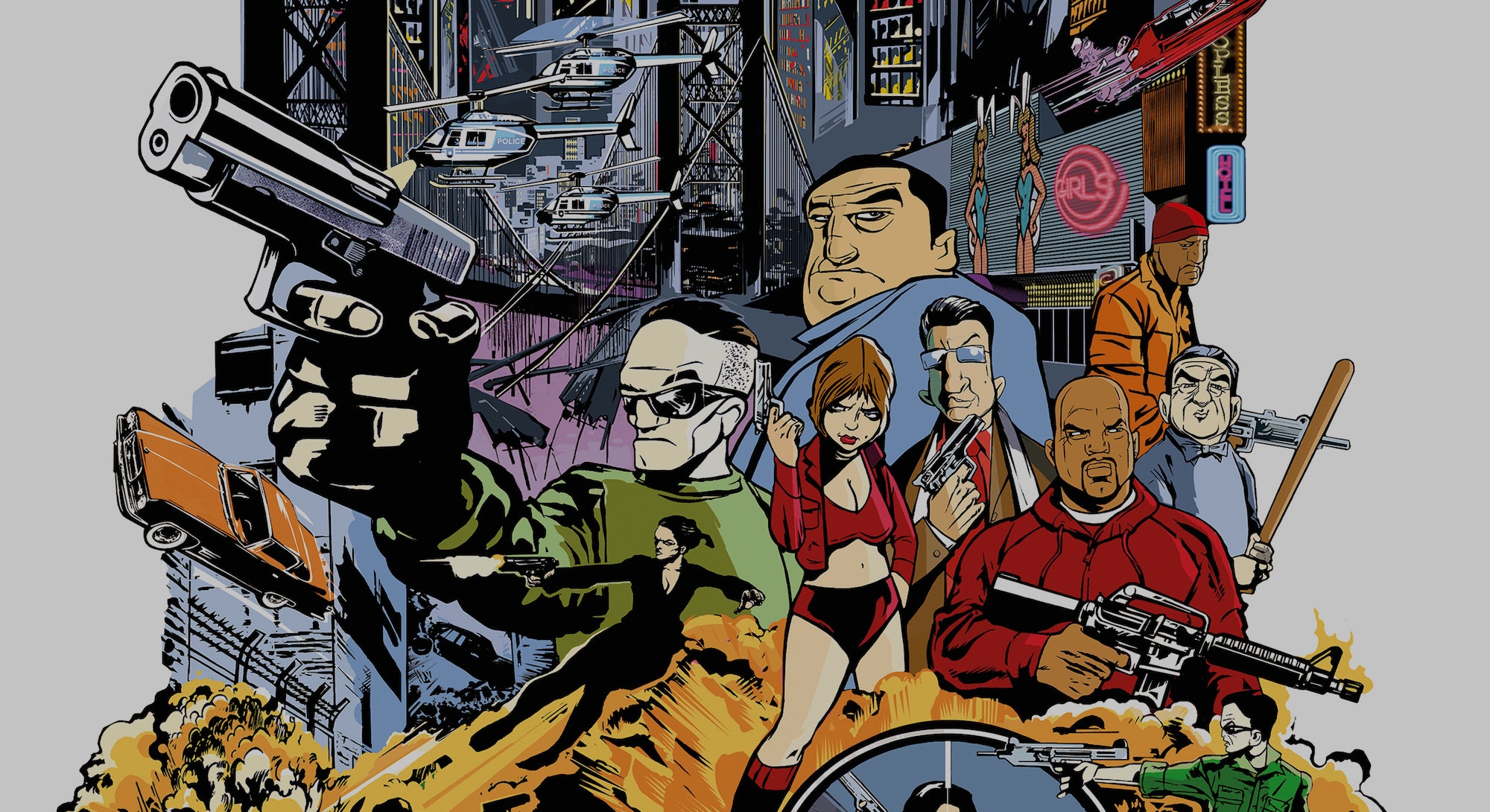 How do you build an entire world out of nothing?

For art director Aaron Garbut, it was as simple as adding a third dimension. Grand Theft Auto III, released by Rockstar Games on October 22, 2001, changed video game history with one simple shift. It moved the perspective from a top-down 2D view to an immersive 3D environment.

“Suddenly you were in this world, not above it,” Garbut says.

While ubiquitous in 2021, open-world games simply didn’t exist in the early 2000s. And it’s frankly difficult to imagine how these kinds of games would exist at all without GTA III. The first game in the series to cross the eight-digit sales threshold, GTA III transformed a hit into a blockbuster. More importantly, it established the concepts that paved the way for GTA V, which has sold more than 150 million copies since its 2013 launch.

That success wouldn’t be possible without the creative vision of Garbut, who serves as art director for the Grand Theft Auto and Red Dead Redemption series.

“I’m proud of our team and of the path we have stayed on,” Garbut says. “It feels like we built the foundation, the ruleset, the blueprint. That we helped create a genre that others followed and found their own paths on.”

To mark the 20th anniversary of the game and the upcoming launch of Grand Theft Auto: The Trilogy – The Definitive Edition, Garbut shares his perspective on the series’ groundbreaking transition to 3D environments, the genesis of the open-world genre, and the enduring legacy of GTA III.

First released on the then-brand-new PlayStation 2, GTA III marked a massive departure for the series. The transition transformed the core GTA gameplay loop — looking for trouble, then inevitably finding too damn much of it — into a far more immersive experience. That required a subtler, more nuanced balance between visuals and gameplay.

According to Garbut, going from 2D to 3D was far more than just a change in perspective.

“This changed so much about the way we had to look at making the game,” he says. “We needed a world that was far more detailed, that you could see right into the distance, that you could interact with up close and personal. It shifted expectations about how cinematic and connected we wanted it to be, and it moved us away from some of the super gamey elements.”

The new 3D engine and camera mechanics prompted an almost existential rethink of what a Grand Theft Auto game could be and do. It wasn’t just about clearing levels and scoring points. It was about creating a virtual world that players wanted to return to again and again.

“As we began to see how we wanted to immerse the player in the world, to be able to interact with the world and its characters from ground level, this started to inform how the teams saw the entire world,” Garbut says. “Prior to Grand Theft Auto III, games were a thing you played – an adventure you worked through or a puzzle you solved. GTA III made them a place you lived in.”

GTA III was able to achieve that thanks to the uniquely obsessive attention to atmospheric detail that’s become a hallmark of Rockstar’s work ever since, whether it’s the parody social media ads in GTA V or the Wheeler, Rawson, & Co. catalog in Red Dead Redemption 2. Naturally, for a series called Grand Theft Auto, a lot of that attention was focused on the cars, but it was far from the only important element to get right.

“Games were a thing you played... GTA III made them a place you lived in.”

“As the player’s experience with the vehicles deepened, we had to elevate the other aspects of the game to meet this new reality,” Garbut explains. “The music and audio teams were helping to build this new, more immersive space for the player, and the music and talk radio stations took the experience of the world to new heights. Whether it was curating existing music like the classical of Double Clef or 80’s pop of Flashback – or even writing songs in-house specifically to suit some of the stations, GTA III’s approach to music was a turning point in the series and something the team have only continued to evolve ever since.”

Even two decades later, many of the things Garbut and the team at Rockstar were looking to accomplish with GTA III remain relevant today. Forget Mark Zuckerberg’s metaverse — Rockstar’s been doing immersive entertainment better than anyone else for decades.

“We want to make worlds that you feel like you are living in, that feel dynamic and filled with other characters,” Garbut says. “We want these worlds to be intrinsically fun – where you don’t have to do any one thing, you don’t have to play the game a specific way, or even experience the story unless you want to. Instead, you can just… be. Where the world itself is alive with choice and just messing about in it is as valid and fun as tackling a mission – where, in fact, the lines between what is messing about and what is ‘core gameplay’ blur.”

Since GTA III, Rockstar has continued to expand the horizons of the open-world genre. And from where Garbut’s sitting, the future looks bright.

“I love open-world games,” he says. “I feel like they have so much further to go than where they currently are. I know that thanks to the success of all our open-world games and the global team we have that has so many years of experience working together on them, that we are uniquely placed to push them further than ever and most excitingly of all, I’m confident we will. There isn’t the same collective experience and knowledge, or the relationships built over this amount of time in one place anywhere else.”

With Grand Theft Auto: The Trilogy – The Definitive Edition coming to consoles and PC later this year, a new generation of players can experience this modern classic for themselves. And while Rockstar’s more recent games are a quantum leap forward in terms of scale and detail, the DNA of GTA III remains abundantly evident.

For more of Aaron Garbut's thoughts on GTA III, check out this story on our sister site, Input.