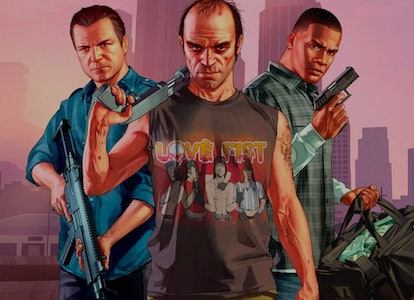 Grand Theft Auto V has made Rockstar Games and Take-Two Interactive a lot of money. It hasn’t slowed down since it came out in 2013 as it was ported and remastered for PC, PS4, and Xbox One. Rockstar updates GTA Online every week, and it continues to top sales charts. The GTA 5 experience isn’t winding down anytime soon either.

Even with GTA 6 reportedly on the horizon, Rockstar is remastering the game for a second time in order to bring it to PS5 and Xbox Series X. This is everything we know about it so far.

When is the GTA 5 for PS5 and Xbox Series X release date?

Prior to this, the game had a vague “second half of 2021” release window. Barring any major delays, the game should come out this year. This should be a relieving announcement for many GTA fans as well because people thought the game might have been delayed to 2022.

Thankfully, GTA V still appears to be releasing this year, unlike GTA 6. Even though the game will be over 8 years old at that point, expect it to be one of this November’s most notable video game launches.

Is there a trailer for GTA 5 for PS5 and Xbox Series X?

Yes! Feast your eyes on the only available GTA V trailer for PS5 and Xbox Series X below. Even when the release date was announced, no new trailer was released. Hopefully, we get a new one soon.

In the trailer, we get a close look at many locations across the game, providing an idea of the game's "improved graphics." At least, assuming you're comparing with how you remember GTA V. The trailer also confirms that the popular service, GTA Online will make the leap to next-gen, it will even bring a stand-alone edition that's will be free-to-play for three months on PS5.

The trailer concludes with a mission statement that reads "Expanded and Enhanced." Rockstar has yet to elaborate what "Expanded" might mean, assuming they're implying the re-release will have additional content compared to previous titles.

What upgrades will come with GTA 5 for PS5 and Xbox Series X?

Those that have purchased GTA V in the past might be wondering if getting the game again is worth it. Maybe. GTA V for PS5 and Xbox Series X allegedly comes with numerous upgrades. We aren't privy to all of them yet, but Rockstar has shared a few on the PlayStation Blog and on the official GTA V PlayStation page.

The enhancements that we know so far are:

Watch this space for more additions to the game as Rockstar makes them official.

Will GTA Online get a standalone release?

Both GTA V’s single-player and multiplayer are getting remastered for PS5 and Xbox One. That said, players will be able to download GTA Online by itself later this year according to Rockstar. That release is even better for PS5 players, as GTA Online for PS5 will be free for three months. Make sure you redeem it on PS5 before February 11, 2022.

Will GTA 5 for PS4 and Xbox One have a free next-gen upgrade?

We don't know yet if PS4 and Xbox One players will get the latest GTA V upgrade for free. That's a secret that's currently locked in a closet at Rockstar Games. However, a retailer did include GTA V on a list of games that featured free next-gen upgrades. Rockstar has yet to state anything official pertaining to free next-gen upgrades, but it certainly seems possible.