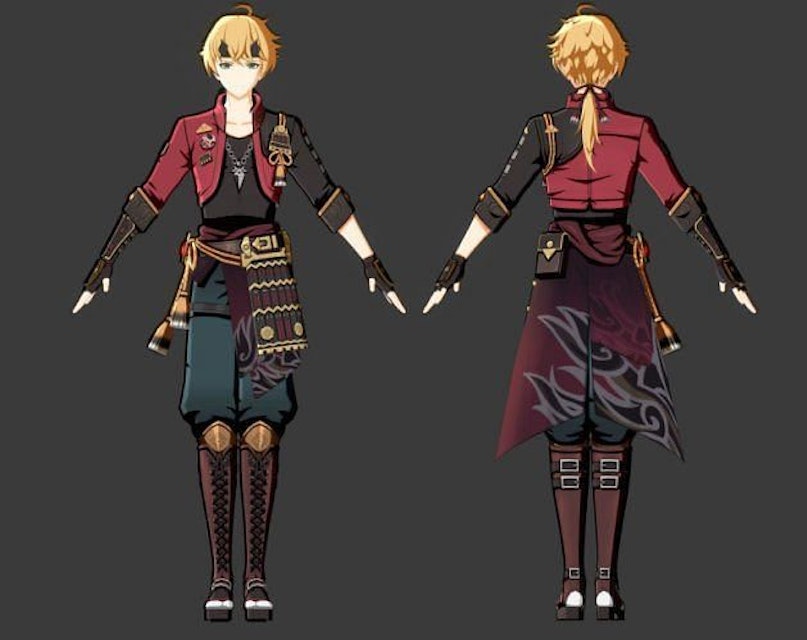 Genshin Impact features two sets of information. First, there’s the steady drip of information developer miHoYo publically provides using livestreams and other platforms. Then there’s the meta-information obtained through leaks that basically every fan is privy to knowing. The latter famously occurred in late 2020 when numerous upcoming characters were leaked through a data-mine. This includes the Inazuma character, Tohama.

But who is Tohama, a character that some people seem to call Tohma or even Touma? Here’s everything we know about the upcoming character.

When is the Tohama release date in Genshin Impact?

Tohama’s release date is currently unknown. Current information like his Japanese-inspired clothing suggests he hails from Inazuma, the upcoming third region in Genshin Impact. He’ll likely be available when the region is added. Since Inazuma doesn’t seem to be coming in version 1.4, the earliest we can expect Tohama to be added is in version 1.5.

How will Tohama play in Genshin Impact?

From what we know about Tohama, he’ll be a Pyro polearm user. How Tohama plays will depend on his star count. We don’t yet know if Tohama will be a four or five-star character.

Is his name Tohama, Tohma, or Touma in Genshin Impact?

If you google Tohama to get a glimpse at your future favorite character, you’ll be met with numerous versions of his name. Some say Tohama, others claim that his name is Tohma. Both of these options are seemingly incorrect.

We can find clarity on the character’s name via the leaked voice lines of another Inazuma character named Ayaka. In her voice lines, she says the Pyro polearm’s name numerous times, pronouncing it as Toe-mah in both English and Japanese. This pronunciation eliminates the possibility of it being Tohama, as the name includes too many syllables.

Tohma isn’t a pronunciation that’s available in Japanese due to how the language processes syllables. To get the phonetics of Tohma while changing the spelling his name would have to be spelled as Touma. So as it stands right now, that may be the correct spelling.

There will certainly be clarification when he’s properly announced.

What is Tohama’s story in Genshin Impact?

His story has yet to be announced, as the character hasn’t been revealed yet. We can glean his character a little bit from Ayaka’s leaked voice lines.

From the original Genshin Impact beta, we know that Ayaka is of high status in Inazuma. In her voice lines, she requests Touma to fetch her umbrella at once. Perhaps Touma is her attendant or manservant?

In Ayaka’s later voice lines, we get snippets of Touma’s actions.

“Organizing festivals and ceremonies is the responsibility of the Shabukyo and the Shrine Maidens,” she says. “And our handler of fireworks really knows how to build an exhilarating atmosphere. Although this summer I've decided not to ask her to oversee the fireworks …because I don't want Touma having to apologize to the firefighting teams again.” Ayaka says this while discussing the character Yoimiya.

From this, we get further confirmation that Touma is an attendant of sorts. He’s apologizing seemingly for an action that’s either Ayaka’s or Yoimiya’s fault. Perhaps he acts as Ayaka’s public liaison?

“Once Touma shoved a whole Matcha Cake in his mouth, only to discover it was too bitter and spat it out again,” says Ayaka in a later line. This shows that Touma is reckless and often leaps into action before judging the situation.

There’s a lot to love about Touma and we’ll learn more when he’s officially announced.

Read next: Everything we know about Genshin Impact version 1.4