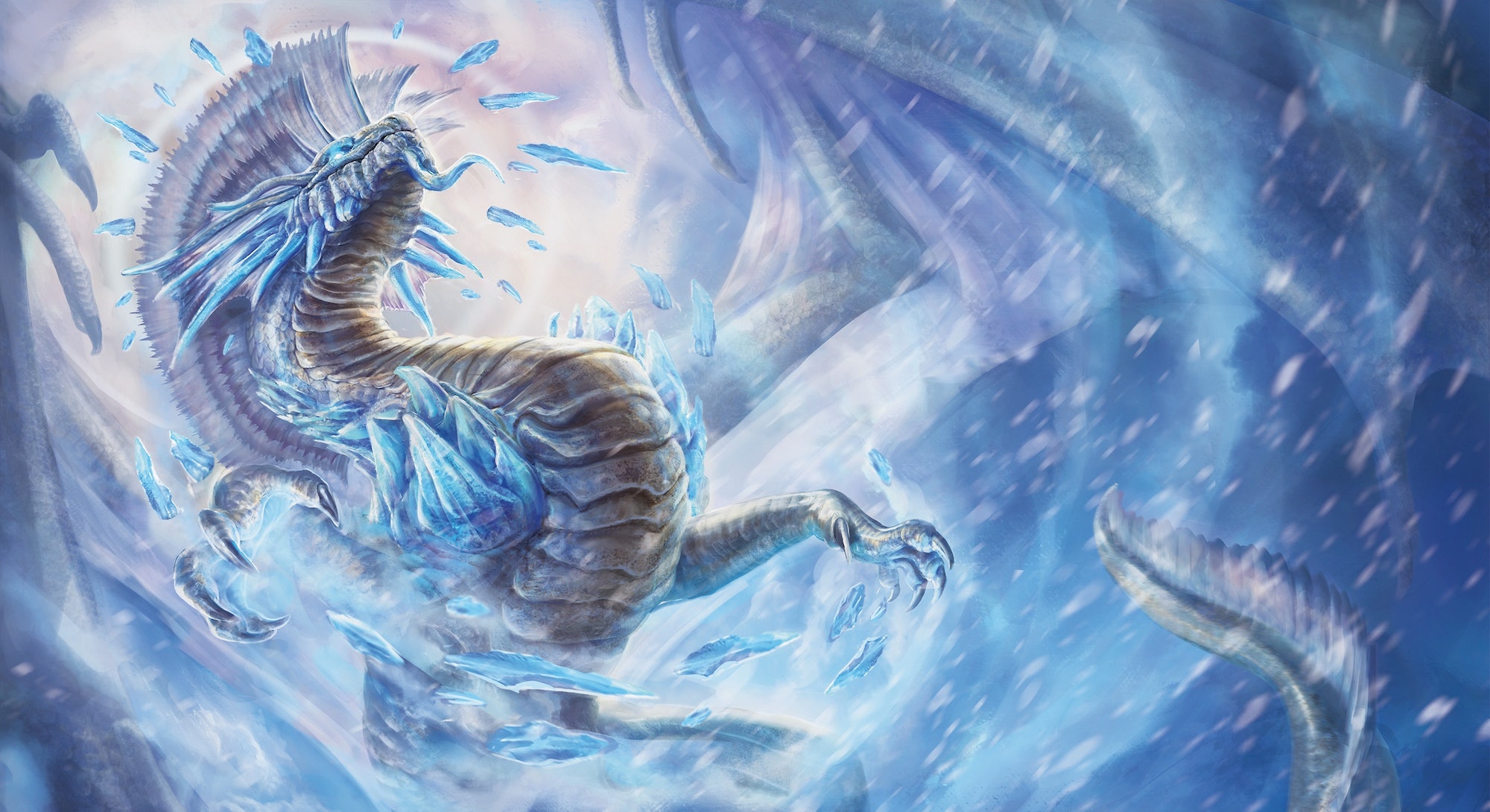 The divine avatar of a dragon-god, Fizban, may appear as a doddering human archmage, but that just makes him the perfect narrator for the upcoming Dungeons & Dragons sourcebook Fizban’s Treasury of Dragons due out October 26.

Like Tasha's Cauldron of Everything and Xanathar’s Guide to Everything before it, Treasury of Dragons capitalizes on the title character’s sharp personality to make things more interesting. Dragons are undeniably the game’s most important creature type, and it’s high time they became the cornerstone of the tabletop roleplaying game once again. Who better than a dragon posing as a human to play host to such an ambitious undertaking?

In addition to new feats, spells, and other character options you’d expect from a book like this, Treasury of Dragons also offers tips for role-playing dragons while also delivering the deepest dive into their origins that the game has ever seen.

The book’s Lead Designer James Wyatt tells Inverse that Fizban’s book is essentially a “neat-and-tidy unified theory of dragonkind in myth form.” It finally reveals the story of the First World and how dragons were involved in the creation of the multiverse as we’ve come to understand it.

“It’s about establishing dragons fundamentally as creatures that are uniquely native to the Material Plane,” Wyatt says. “That’s why they’re found in some form on every world, and it’s why they’re important enough to be in the name of the game.”

The Material Plane refers to the physical multiverse in which almost all D&D adventures take place. Many of the game’s deadliest enemies, like the Beholder, come from other planes. Even character races like the Elves originally hail from elsewhere. It may seem silly to point out that dragons are so foundational to a game called Dungeons & Dragons, but the more you come to understand the lore, the more that begins to feel like an understatement. In many ways, it feels like something the game has lost touch with as of late.

A new “Dragon Echo” feature — among many other details in the new book — will give dragons the amount of awe-inspiring power that they deserve.

Dragons are intrinsically linked to the very fabric of creation. And, like Loki or any other character from the Marvel Cinematic Universe, multiple iterations of the same dragon exist in every Material Plane.

When one dies, not only does it have potentially catastrophic magical implications for the immediate area (as shown on the below exclusive preview of the Dragon Death Throes table), but a dragon can essentially absorb its own “echoes” to coalesce into a greatwyrm. If you’ve ever seen Jet Li’s The One (2001), then it’s a bit like that. It’s a bad movie, but the premise is very cool: When a person dies in the limited multiverse, their life force and power are split between the remaining versions of them.

In theory, anyone keen on incorporating multiverse mechanics like this into their game for dragons or characters or any beings could easily do so with Fizban’s Treasury of Dragons in hand.

But this is a small part of a larger unified theory of dragonkind. Why do dragons often have lairs and hoards of gold? Well, such things allow them to channel and focus the magic that suffuses dragons. We’ve long known what dragons are capable of in D&D, but Fizban is here to expand upon the “why?”

Bringing back the grey (gem) area

“Dragons in fifth edition have been lacking one branch of their family: the gem dragons,” Wyatt says. “Since their first appearance in the pages of Dragon Magazine in 1980, these five dragon kinds (amethyst, crystal, emerald, sapphire, and topaz) have made appearances here and there over the years. But they’ve been missing from the game since 2002.”

Unlike other dragons, which channel elemental powers, gem dragons utilize a kind of “mind magic” called psionics that has seen a resurgence in the 5th edition in books like Tasha's Cauldron of Everything. There, we see new magic spells, subclasses, and feats that explore how various classes and creatures might channel magic from their own mind rather than manipulating the Weave of the multiverse. For the first time in nearly two decades, gem dragons return to D&D as adversaries and as Dragonborn race options for players.

“Gem dragons’ psionic powers work just like the spells and abilities of other monsters, so there’s no mechanical rough edges to worry about,” Wyatt says. “And we’ve polished and refined the story of gem dragons’ origin to clarify their relationship to Bahamut, Tiamat, and the overall history of dragonkind.”

In D&D, the noble dragon deity Bahamut rules over the many good metallic dragons (bronze, silver, gold, etc.) whereas the evil goddess Tiamat lords over the chromatic dragons (red, green, black, etc.), all of them wielding traditional elemental magic. Gem dragons represent the neutral in-between that helps contextualize the more traditional good versus evil archetypes. So it makes sense that their magic would also win up being different.

All of that rich context can serve as the backdrop for an entire D&D campaign or merely flavor to help enhance how dragons fit into your games.

“When 900 years old you reach, look this good you will not!”

One of the most interesting additions in the book’s third chapter, “Dragons in Play,” covers roleplaying dragons. “Dragons of the same kind can vary widely in shape, size, color, and ornamentation,” one passage reads. It may seem surprising, but two ruby dragons could have drastically different personalities and physical characteristics.

The chapter even provides a handy table for “Dragon Mannerisms,” or little idiosyncrasies. A dragon might randomly pounce on its own tail like a cat, or rotate its head while listening like a dog. Or, maybe it’ll instantly forget every new name it learns.

Age, Wyatt argues, is a hugely important factor that can influence a dragon’s demeanor.

“From the perspective of an ancient dragon who’s already a thousand years old, it can be hard to take trivial things very seriously,” he says. “I try to imagine the perspective that a creature born in 1021 might bring to the current world situation and extrapolate from there. But a five-year-old wyrmling hasn’t necessarily learned that full perspective yet.” It takes your average dragon a full century to mature into an adult, so a five-year-old is basically a petulant baby with not much rationality going on.

There’s a strong correlation too between the age of a dragon and its power.

Most “ancient” dragons older than 800 included in Fizban’s Treasury of Dragons have a Challenge Rating of more than 20, which essentially means that they’d be nigh impossible for a max-leveled party to defeat. Greatwyrms hover between 26 and 28 with Aspects of Bahamut and Tiamat coming in at a whopping 30, which ties the Tarrasque as the most powerful beings in existence.

Regardless of your party’s level, there’s plenty to look forward to in Fizban’s hoard of knowledge to help inspire your next encounter, adventure, or whole campaign — even if it’s an evil dragon killing its own echoes across the multiverse with the ultimate aim of dominating all of existence on the Material Plane!

Fizban’s Treasury of Dragons will be released on October 26, 2021.