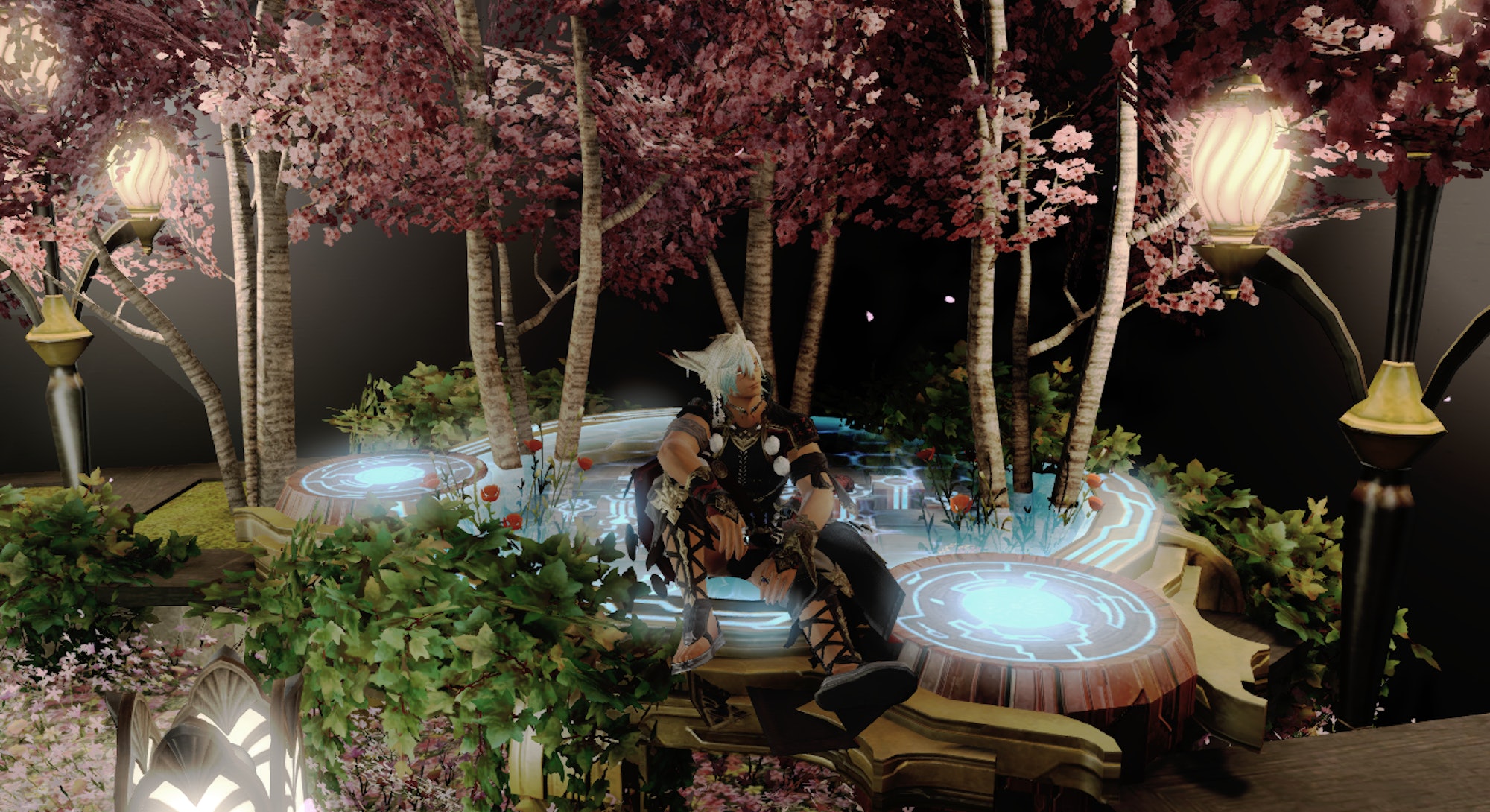 October marks a decade since the launch of Final Fantasy XIV: A Realm Reborn, and the game's robust community has consistently proven it is far more than just a massively multiplayer online role-playing game (MMORPG).

The game's lush world of Eorzea is filled with terrifying enemies, colorful chocobos, and some of the most elegant character designs you’ve ever seen. But many players have found the true heart of FF14 is customization. With enough time, patience, and gil (the in-game currency), each player can settle down with a home to call their very own. The version 5.35 patch, released October 13, added hundreds of new plots of land to the game, giving even more players the chance to design spectacular virtual abodes.

Just as in real life, the process of personalizing one’s home can be daunting. How many items should you use to spruce up a single room? Where’s the best place to purchase furniture, or how do you find the materials to build your own?

That’s where the interior designers and builders of FF14 come in. The community is teeming with designers of all skill levels, many of whom relish the intricacies of transforming an empty space into a beautiful home using only the materials found in-game to make everything from decorative rugs to plush dolls. Inverse spoke with three designers whose interest in the space ranges from personal fulfillment to paid services, like trading decorative expertise for gil and items. However, they all have one thing in common: They’re absolutely in love with decorating Eorzean homes.

Tempest, who goes by T'sciroch Alkahest in-game, has worked on interior design projects in FF14 for around a year and a half. Having always been interested in "customizable spaces" in games like Animal Crossing, they found FF14’s building options the perfect haven for nurturing creativity.

"I didn't expect it to become one of the biggest parts of playing this game for me, but it sure has," Tempest tells Inverse. Their overall goal? To “build a tiny corner of Eorzea, a part of that world that feels just like home.”

Creator Midori Toudou, whose work consistently gives off a cozy yet lived-in feeling, also goes by "Mi-door-i," a nickname earned due to her unique, custom doors. Since getting her start creating doors for the community, she’s worked on FF14 housing for a little over a year now. She says she puts "more hours into it than the average enthusiast.” That’s a sentiment echoed by many designers who share their creations online.

Others, like Ysera Yume, began exploring the design process more recently because of how difficult it had been to find land for developing a home.

"I've been playing since launch, but only snagged a housing plot in the last couple of years since they're hard to come by — especially with natural disasters (and now pandemics) putting holds on automatic demolition of housing plots that go unused," says Yume. That's changing with the latest version 5.35 patch, which added hundreds of potential plots on each server that will surely fill up quickly.

"Despite housing not being the best it could be, I couldn't have asked for a better game to do it in," says Toudou. "I feel like I have so much control, especially for a hobby that isn't really supposed to be the main showstopper in an MMO."

For designers, however, there's much more to securing a plot of land on which to build their own sanctuary. It's a vital outlet for personal expression.

“I love the part where you’re done making the home, and now it’s time to make it look ‘lived in’,” explains Lucas, who creates rooms and homes inspired by dreams that he’s written down.

“I’ve dreamt of cute stone homes deep within a forgotten forest,” he says. “Maybe a desert hermit alone in their own oasis. When I design, especially for myself, I like to share my dreams with others and let them enjoy these places too. I try to recreate them from my descriptions. My in-game home is one of the most peaceful places I could ever visit. Right there in the heart of my dreams.”

He’s been honing his interior design skills for nearly two years, inspired by a close friend who got him into building in the first place. Ensuring the home feels believable is something Toudou takes seriously.

"The most important part of each build is that it feels lived in," she says. "I don’t particularly like to make builds that feel too clean or empty. I will always add meaningful clutter if given the option."

Not every builder in Eorzea makes a point of touting their wares to the rest of the community. Many are content simply to create and share the fruit of their labors for others to visit. From serene gardens to jaw-dropping living rooms ripped straight from a Final Fantasy storybook, you learn to expect the unexpected when you peruse the residential wards.

Marketing one’s decorative talents as a service in-game isn't as simple as being contracted and working immediate magic. Every builder has their own way of connecting with clients and friends to suss out a vision for the one spot in all of FF14 that is solely and uniquely theirs.

"When I do commissions for people who aren't within my close circle of friends, I ask them what they'd like and work from there," says Toudou. "With those, I tend to rely a bit more on imagery and photos."

"I like to see aesthetic concepts take shape little by little in a space," says Tempest. "However, I always make sure to preserve the 'functionality' of a space. It's not enough for a decorated area to be a work of art and a showpiece. I want a space where we can enjoy gameplay.

Whether it's role-playing, hanging out with friends between quests and queues, or just a nice scenery to idle in while multitasking something off FF14, it's important to me to create a habitable space."

Becoming a designer may require plenty of patience and practice, but it's not inaccessible for newcomers to the game. While these building enthusiasts have been working for a considerable amount of time, they tell Inverse that all you really need to do to get started is just that — get started.

This includes getting familiar with the subcommand menu to glitch some housing items into position where they wouldn't normally fit, or learning how to create useable staircases. There’s also the knowledge of which character classes make the most sense for builders.

For instance, Woodworking is a crafting class that Carpenters may use to create wooden materials utilized by many other classes in-game. They typically make items like wooden shields and fishing poles, but it's also a potentially lucrative role for those looking to side-hustle in home design.

“Find a couple of quick tips and tricks on YouTube and just start creating,” Lucas tells newcomers. “It takes practice and inspiration, just like any other art.”

"If you can build it, you can take it down and make it even better," says Toudou. "Don't be afraid to start over."

For many creators, finding a niche and developing a distinct personal style can become a roadblock when there are hundreds of talented players sharing their creations online. Yet the creators Inverse spoke with point out what’s most important is making yourself (and later your friends or clients) happy.

"Start simple, but make sure you build something that makes you happy," says Tempest. "If there's a particular furnishing that really speaks to you, build around it!"

"Making it personal and tailoring it to your own style is important," agrees Yume. "You don't want to see a copy/paste of someone else's design in your own space. My favorite part of putting homes together in FF14 is making them my own."

Though becoming a talented interior designer within the world of FF14 may seem like an unattainable goal to some, it’s another prime example of how a game can be many things to many people.

Final Fantasy XIV contains multitudes, and the fact that one small aspect of the bigger picture entrances so many creators is proof of that.