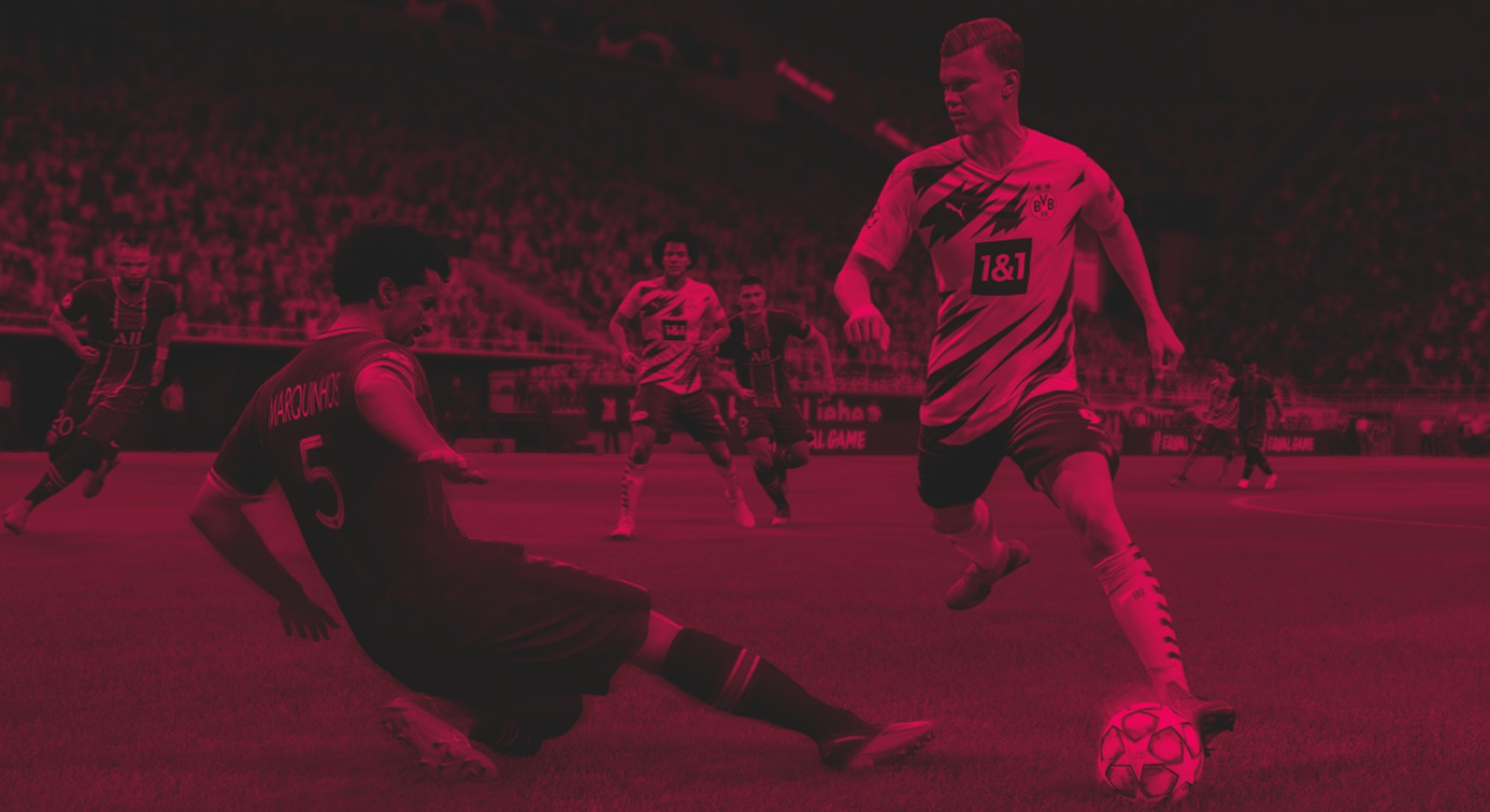 Every fall, Electronic Arts plasters the name “FIFA” across every physical and digital video game storefront to promote its annual soccer game.

The series reliably outperforms other EA Sports titles like Madden and NHL, with FIFA 21 alone selling over 31 million copies in less than a year. If EA were to lose the FIFA branding, it could forever change one of gaming’s biggest franchises when the current deal ends after 2022.

In 2021, both soccer and EA’s FIFA franchise are more popular than ever, so one might think the deal would remain in place indefinitely. But now, the most popular sports video game franchise ever might be changing its name, owing to a dispute between the two organizations over a deal that currently nets FIFA over $150 million a year.

Here’s why EA is already taking steps to prepare for a future without FIFA.

What happened — On October 4, 2021, EA Sports General Manager Cam Weber revealed in a blog post that the company is considering changing the name of FIFA.

“As we look ahead, we’re also exploring the idea of renaming our global EA Sports football games,” he said. “This means we’re reviewing our naming rights agreement with FIFA, which is separate from all our other official partnerships and licenses across the football world.”

EA licenses the FIFA name from the organization that oversees international soccer competitions like the World Cup. EA first used FIFA branding in 1993 and has released a new soccer game by that title for numerous gaming platforms every year since.

Why EA would split with FIFA — So why would EA even consider this? An October 13 report in The New York Times sheds more light on the situation: It’s time for EA to renew their FIFA license, and the organizations are struggling to reach a financial agreement.

How much money is in play — FIFA wants more than double what it received from its last 10-year deal, which the Times claims would “increase its payout from the series to more than $1 billion for each four-year World Cup cycle.”

What FIFA gets from EA as part of the deal — FIFA receives a tremendous brand boost from a game like FIFA, which offers a counter to the well-documented corruption associated with the governing body. EA has also essentially built up the FIFA brand for the governing body by putting its name on one of the most popular game franchises ever.

Additionally, the Times reports If a deal fell through, the world soccer federation would be able to cash in on the brand equity built up for years by EA on its behalf.

Why there’s a disagreement — Between game sales and in-game transactions, FIFA generates tens of millions of dollars for EA annually, making it one of the most lucrative video game franchises in existence. The leadership of the real-life FIFA organization, however, clearly wants a greater share of the revenue.

Whether it’s FIFA or Konami’s eFootball (formerly known as Pro Evolution Soccer), sports games rely on licensing partnerships and agreements. These deals give developers legal permission to use the names of real players, teams, and leagues in each new video game.

According to a press release, EA recently renewed its license agreement with the player representative organization FIFPRO on October 12. This deal gives EA exclusive video game rights to various leagues such as the UEFA Champions League, CONMEBOL Libertadores Premier League, Bundesliga, and LaLiga Santander. That proves EA intends to renew ongoing licensing deals for the world’s best-known teams and leagues.

Since 1993, EA continuously renewed a contract with the International Federation of Association Football to use the FIFA name and logo as well as World Cup branding. With a World Cup approaching in November 2022, these license renewal talks popped up at a critical time for both parties.

According to EA, the Ultimate Team game mode first introduced in FIFA 09 is its most popular “by a wide margin.” In this mode, players can spend real money to purchase randomized packs of cards. These packs contain cards based on famous players from throughout history, and some are significantly more powerful than others.

Ultimate Team mode is pay-to-win and legally dubious despite the randomized nature, enticing some players to spend hundreds of dollars to create the best team possible. Ultimate Team proved to be so popular that it came to the Madden and NHL series as well. During fiscal year 2021, Ultimate Team at large made $1.62 billion across all of EA’s sports titles. FIFA wants to see more of that revenue if it is signing a multi-year deal.

According to the Times, the scope of the deal is also a point of contention. The FIFA organization only wants EA to have the right to use the name for the annual video game release, while EA wants to use FIFA branding on other products like NFTs and esports tournaments.

FIFA also understands that not having an exclusive partnership with EA would allow it to branch out and put its branding in other games like Fortnite, increasing its exposure and, theoretically, its revenue. Currently, FIFA leadership thinks that EA is limiting its potential in the video game industry and wants to receive more money if EA’s exclusivity continues.

What’s next — Without FIFA, EA will still have deals with more than 300 other licensed partners like the FIFPRO deal mentioned above. That means EA’s annual soccer franchise won’t be going away if the FIFA deal falls through — it’ll just have a new name. EA’s trademark of “EA Sports F.C.” hints at one possible alternative title.

With this trademark filing and Weber’s comments on the negotiations, EA is preparing for a future where the FIFA deal does not pan out. It would be a radical change for such a popular series, but we could see the FIFA branding dropped and replaced with EA Sports F.C. as soon as 2023.

What we don’t know yet — EA made this rights dispute public knowledge, likely in the hopes that fans would back the company up and sway FIFA’s opinion on the matter. We don’t know if FIFA will capitulate and give EA what it wants from the deal, but the Times claims that these discussions will conclude by the end of 2021.

Why it matters to players of FIFA — EA and FIFA have outgrown each other, and the resulting dispute could have an irreversible impact on one of gaming’s biggest franchises. Don’t be surprised if you walk into a GameStop in 2023 and see advertisements for EA Sports F.C. 24 everywhere instead of FIFA 24.