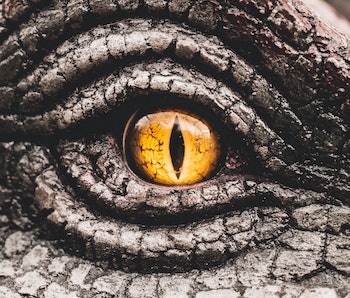 The best Jurassic Park game ever, Jurassic World Evolution, is available for free for the next week on the Epic Games Store. Over the years, there have been several attempts to adapt that classic dinosaur film franchise into a video game, but it's mostly been underwhelming or outright bad. That finally changed in 2018 with the release of Jurassic World: Evolution.

Epic Games has given away one free game a day for the past 15 days in celebration of the holiday season. This promotion has included great games like Alien Isolation and Torchlight II, but Jurassic World: Evolution is the final free game that's part of this specific promotion. It's been free since 11 a.m. Eastern on December 31 and can be redeemed on the Epic Games Store for free until 10:59 a.m. Eastern on January 7, 2021.

Simply navigate to the Jurassic World Evolution's Epic Games Store page and click redeem for it to be permanently added to your account!

But why should you get this game? Well, it's a very enjoyable management simulator that imbues the best parts of the Jurassic Park franchise in a unique way. If you enjoyed games like RollerCoaster Tycoon when you were younger, then you'll enjoy seeing the formula adapted to work within the world of the series.

The game puts players in charge of running Jurassic World theme park across several islands in the Las Cinco Muertes archipelago. Players not only flesh out the theme park with new buildings and attractions but also have to manage the dinosaurs on the island. You can even splice their DNA to create new ones and name them.

Dinosaurs will fight each other if not housed properly and can break out of their enclosures in classic Jurassic Park style too, so this game will definitely keep players on their toes. Those looking for a more linear experience will prefer the career mode that gives more specific objectives in how they must develop a series of 5-star parks.

For players looking for a more laid back and fan-servicey experience, there is also a sandbox mode where players are free to build and expand however they want on Isla Nublar, the island featured in the first Jurassic Park movie, Jurassic World, and its sequel. There's also a challenge mode that limits your resources if want to try something tougher.

While the management sim and genre can be somewhat niche, this game uses that set-up to fulfill a Jurassic Park fantasy that some fans have had since the first movie. It's the same keen focus that makes a game like Star Wars Squadrons so satisfying.

Instead of just trying to be a direct adaption of the event of the movies, Jurassic World Evolution does something unique with the franchise's world and is the best game based on the Jurassic Park franchise are a result.