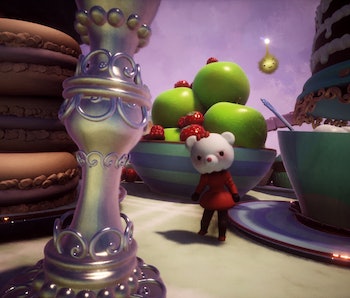 After several years of development, Media Molecule finally brought Dreams out of early access on February 14. PS4 players seem to be having a blast with it so far, creating everything from a PS1-inspired demake of The Last of Us 2 to a level starring Spyro the Dragon. Unfortunately, the game's lengthy development made it a very late-cycle release on PS4, so PS5 and PC releases have now entered the realm of possibility. Here's what we know about Dreams possibly coming to PC or PS5.

When is Dreams coming to PS5?

We know that PS5 will be backward compatible, so the PS4 version of the game should be playable on the new hardware at launch. That said, details on how exactly backward compatibility will work are still scarce at this point. While Media Molecule initially dodged questions regarding Dreams for PS5, company reps have been more open to discussing a next-gen release over this past week.

During an interview with Video Games Chronicle, Creative Director Mark Healey first opened up about PS5. "At the moment we’re focused on PS4 and I would actually hope that it extends the life of the PS4... then maybe when other companies start making games for it, the community will carry on making games for it, but if it’s as successful as we hope it is then it’s an obvious progression," he said. "It’s a platform, so ideally in the future, we’ll migrate to whatever is relevant. That’s probably about as much as I can say without getting smacked by someone."

The idea that Dreams is a "platform" rather than a "PS4 exclusive" suggests it will eventually come to other platforms. Director Alex Evans revealed a bit more to Eurogamer, confirming Dreams was already running on PS5. "I've not been asked that question before... I obviously can't say PlayStation 5 is brilliant! Although it's been announced so I can say the word. I mean, obviously, we're going to look at that, we're a PlayStation studio. Dreams actually already runs on PlayStation 5 - there you go, that's the scoop. But that's just us being devs and exploring."

The PS5 will release in late 2020, so an updated version of Dreams with support for things like VR and multiplayer would be a perfect launch title. However, no official PS5 release date has been confirmed by Sony, and even Evans was sure to distance himself from a PS5 release, adding "I'd be lying to you if I said we weren't going to explore, but there's literally zero plans at the moment."

When is Dreams coming to PC?

When it comes to a PC version of Dreams, Media Molecule seems on board. Still, Healey told VGC the decision is ultimately up to Sony: "Obviously Sony has an opinion about that but yeah, I don’t know where it’s going to go in the future, I mean it would be great to see that. Sony has become more open recently to publishing stuff on the PC in general anyway, haven’t they?"

It stands to reason Media Molecule wants to get Dreams in as many hands as possible. If Sony can get over making all of its first-party games platform-agnostic, then we could see Dreams on PS5 or PC. Until then, we'll just have to enjoy want the community creates on PS4.

Dreams is available now for PS4.