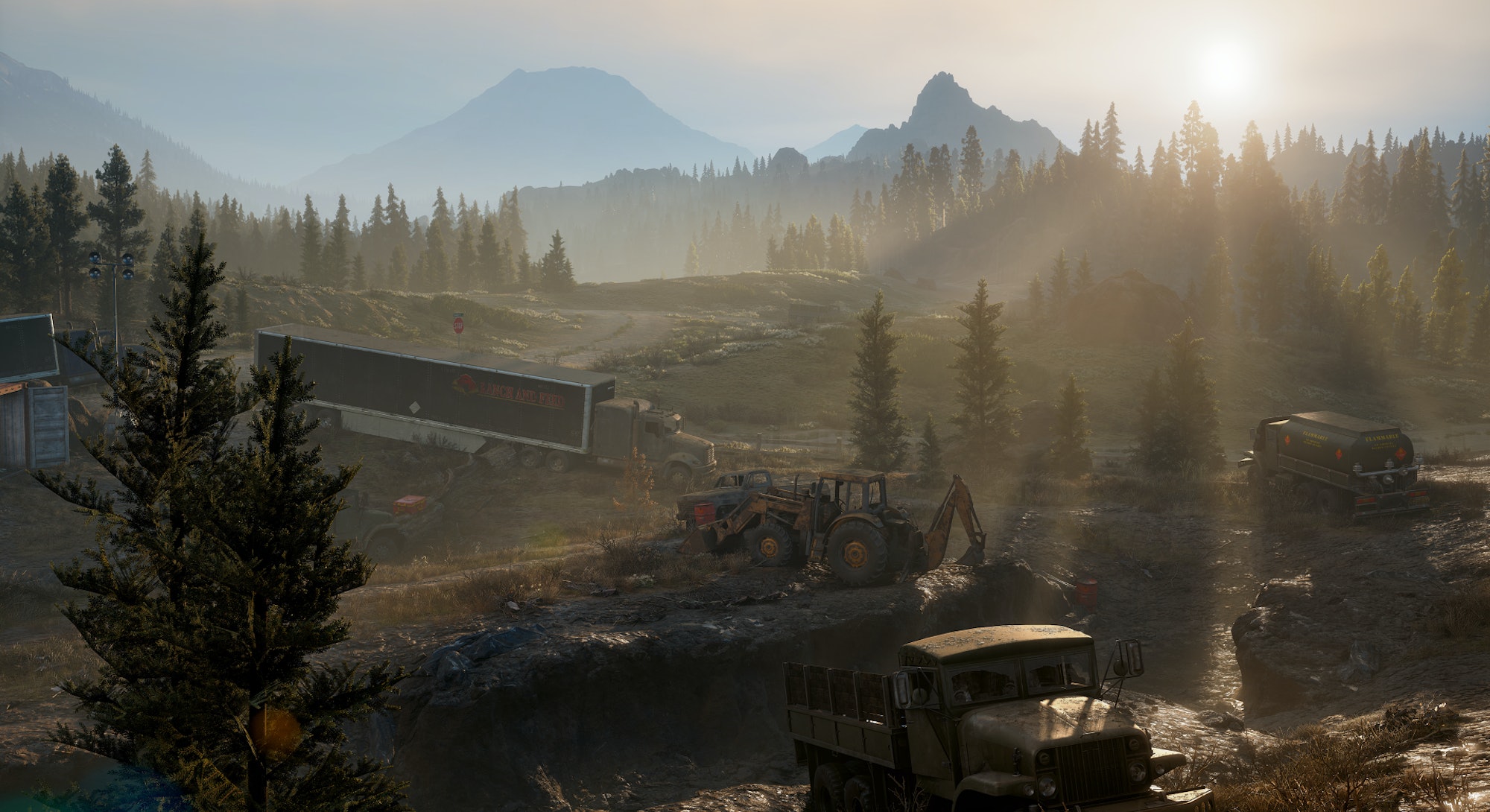 Sony’s first-party game lineup in recent years is nothing short of remarkable, with an impressive lineup of heavy hitters.

That’s partially why the company’s 2019 game, Days Gone, disappointed so many players — it was constantly in the shadow of games such as God of War, The Last of Us, Uncharted 4: A Thief’s End, and Horizon Zero Dawn. Now that Days Gone has had time to breathe, is it really as bad as some of us remember? It’s certainly one of Sony’s weaker efforts, but after giving it another go recently, it’s clear Days Gone is worth playing, especially around Halloween if you’re in the mood for some spooky action.

Immediately, Days Gone’s most striking aspect is its visual style. This game looks absolutely stunning, from its realistic character models, the believable depiction of Bend, Oregon, and its incredibly horrendous enemies — which in this game are called Freakers. (It’s not a zombie game if you actually call them that, I guess.)

The Freakers are impressive, as they come in all shapes and sizes, including the deadly Reachers. These creatures are much faster than other types of Freakers and actually resemble humans, making them more unnerving. These enemies move and behave so realistically (or at least, what you’d expect an infected person to act like), it definitely makes the game scarier. These aren’t mindless AI, they’re living, breathing beings.

There are even animal versions of Freakers, including the absurd Rager Bear. That’s right, you get to fight a zombie bear in this game. It looks just as twisted as you’d imagine, with disgusting, zombified discolorations all along its body, along with barbed wire wrapped around its torso. Yikes.

Taking on a horde in Days Gone remains one of its highlights.

The hordes of Freakers are the most impressive. These are massive groups, ranging anywhere from 50 to 500 different enemies that — when alerted — will chase you. Simply seeing the sheer amount of Freakers on-screen at any given time, with few instances of performance hiccups, is one of Days Gone’s greatest highlights. Even if you’ve played countless zombie games before, you’ve never seen anything quite like this.

Bend Studio also did a fantastic job of creating the game’s world, which is based on the developer’s hometown of Bend, Oregon. It’s one of the most beautiful open worlds ever created, focusing more so on nature than a sprawling city. The trees, mountains, and atmosphere make this game feel so immersive, it’s hard to put down.

A satisfying blend of survival and action

Thankfully, Days Gone’s gameplay is on par with its visuals, offering a satisfying loop that feels weighty and realistic. The best thing about its gameplay is the way it straddles the line between action and survival, giving you just enough of each to keep things interesting throughout.

Some missions send you into action-packed shootouts against other humans, requiring you to take cover while picking off your foes from afar. Other sections allow you to play stealthily, which you’ll want to take advantage of since resources are always scarce. Sure, these segments play out as you’d expect, but they’re exceptionally well done, particularly because of the fine-tuned difficulty. Enemies are just powerful enough to feel like a real threat but are never insurmountable.

But the survival aspects really tie everything else together, adding an interesting layer to the already satisfying combat. Resources like ammo, crafting supplies, and even gasoline for your bike, are all in short supply, so you have to constantly preserve these items as you play. You can’t simply visit a store to buy the items you need — at least, not at first. Instead, you must complete missions for certain factions who then allow you to trade with them, which encourages you to continue progressing through the game.

Giving players just enough resources to get by, but not enough to feel like Rambo is such a smart design decision, as it raises the stakes of each battle you encounter. It also gently pushes you to get out into the beautiful world to collect items, roping you into its satisfying gameplay loop almost right away.

It’s easy to see why so many players dismissed Days Gone in 2019. It launched in a buggy state, is filled with unlikable characters, and has a narrative that oftentimes falls flat. But, even still, it’s a blast to play, especially if you’re a fan of horror games. It’s certainly no Uncharted or The Last of Us, but Days Gone deserves another shake this Halloween.

Days Gone is available on PS4 and on PS5 via backward compatibility. It’s also featured as part of the PS Plus catalog.