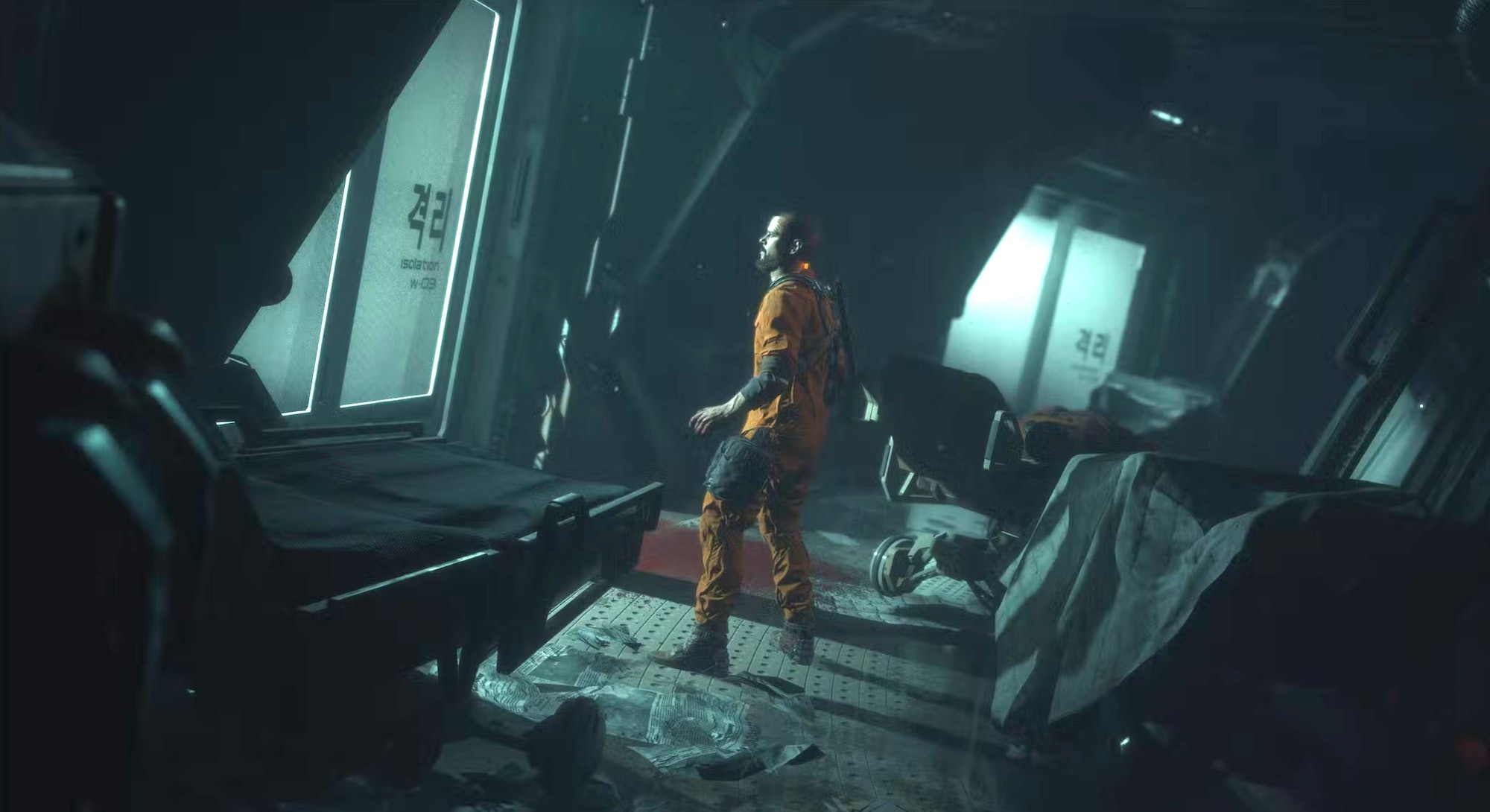 If you have never seen Glen Schofield and only know the Dead Space and The Callisto Protocol creator from his work, it is likely you will be taken aback by the actual man.

The horror auteur has the air of a character who just walked off a Scorcese film set, reinforced by him running late to our interview because he stepped out for a smoke and PR was having trouble finding him. In the dank doldrums of the basement vault where I played The Callisto Protocol, Schofeld’s eyes lit up the room when he talked about horror games and his intention to finally evolve them after Dead Space so many years ago.

The newest title from Striking Distance Studios represents a new chance for the developers — previously Visceral Games, then Sledgehammer Games — to redefine the survival horror genre like Dead Space did in 2008. That title gave protagonist Isaac Clarke mining tools to dismember the various monsters and mutants that haunted the derelict space station he was exploring. According to Schofield, the inspiration for that mechanic came from a surprising source.

“I had just played Resident Evil 4 and I wanted to move and shoot at the same time,” Schofield tells Inverse, referring to how Capcom’s 2005 Resident Evil title planted Leon Kennedy’s feet to the ground when aiming. “Then I figured that if I’m moving backwards and shooting, it would be scarier if they kept crawling at me.”

But in the twelve years since Dead Space came out, there have been a lot of horror games to take inspiration from, and Schofield has been paying attention. He lists off multiple games he has been playing that he thinks have served the genre well, like Dying Light, Resident Evil 7, and Control. Still, Schofield insists that they’re mostly following their own personal roadmap with The Callisto Protocol. That means looking at the fundamentals of what the genre does well and how best to make those fundamentals sing.

“I want to isolate them from hope.”

“The key to good horror,” Schofield says, rapping his fingers on the table, “will always be good audio. The player should feel like every little sound is about to come through the walls.” He looks back at the massive fan circulating breathable air through the dimly-lit hallway, then looks back at me. “Mood and atmosphere are the main things, but good audio makes them work.”

This, Schofield adds, is not just about hearing ghouls scampering through the vents or the anticipation of hearing footsteps coming at you through a misty fog, but the absence of sound when appropriate. You’ve got to let players breathe long enough to remember why they were holding their breath in the first place.

As for that Dead Space remake that Electronic Arts is working on (and slated to come out just a month after The Callisto Protocol), Schofield has some thoughts.

The Callisto Protocol, like Dead Space before it, takes place in an infested space station where human beings have turned into monsters. Schofield makes no bones about loving space as a backdrop for horror, as it dovetails nicely with his desire to let minimal audio do the talking. But there’s more than just the quiet vacuum of space that drives his love of the environment for these games.

“The social media backlash was educational and I hope it’s a catalyst for change overall.”

“There’s no hope in space,” Schofield argues. “You’re there alone and there’s this vastness outside. You don’t want to think about what’s the worst-case scenario. You can’t let yourself think about what happens if you succeed and try to leave. What if there’s just no way out? I want players to think about that. I want to isolate them from hope.”

While Schofield does not want players to fixate on success too much, he has thought about what success means for The Callisto Protocol.

“I want to make a sequel,” he admits. “This is a complete game, but there’s a lot of ideas, cool ideas, we want to do next. I always want to keep making the next big thing. Even after I finish a game, I’m already thinking what’s next.”

As a director, Schofield seems genuinely eager to find out how people are going to come to understand The Callisto Protocol and whether they will accept what he thinks the next big step is. After the interview, he peppers me with questions of what I thought about the demo, what specific sections spoke to me, and whether I got frustrated by the game’s dîe-learn-repeat design.

This passion was misdirected in early September, when Schofield boasted on social media that The Callisto Protocol development was coming to the finish line and that the team was working “6-7 days a week” and working through dinner to squash bugs and increase performance. Schofield later apologized for encouraging a culture of crunch and seemed contrite a few weeks later when we spoke.

“The truth is, I messed up,” Schofield says. “We’re a small-ish team and we were so good about it through the entire development, but at the end I messed up and we worked more than we should have. That one got away from us. The social media backlash was educational and I hope it’s a catalyst for change overall.”

“I can tell you this, I’m going to make sure that’s not a thing that happens in our next project or any future project,” he explains. “This one was on me.”

The Callisto Protocol comes to PlayStation, Xbox, and PC on December 2.