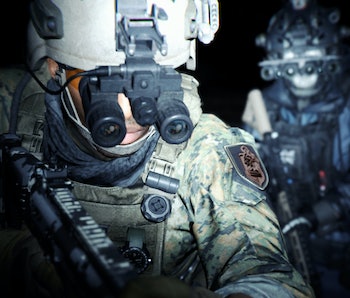 A lot is changing with the Call of Duty series, and Activision will soon share what’s in store during an upcoming showcase. The event, titled Call of Duty: Next, will feature information about the series’ new games, hopefully answering many burning questions the community has. But when will this showcase air and what can we expect from it? Thankfully, Activision has announced a general list of what to expect from the event, without spoiling any surprises. Here’s what we know about Call of Duty: Next.

When is the Call of Duty: Next date and time?

How to watch Call of Duty: Next

Activision will broadcast the Call of Duty: Next event on the official COD YouTube and Twitch channels. The event will also be available as a regular video after its conclusion on September 15, so no need to worry if you miss the live broadcast.

What to expect from Call of Duty: Next

The upcoming event will focus on Call of Duty’s future, including more information about Modern Warfare II’s multiplayer mode. Infinity Ward, the game’s developer, will host the event, and will also share details about Call of Duty: Warzone 2.0, along with more on Warzone mobile (which is codenamed Project Aurora).

Activision promises appearances by streamers who will showcase the games in real-time. And the event will feature other surprises, too.

In terms of Modern Warfare II’s multiplayer reveal, it’s likely Activision will show off some of the new weapons, maps, modes, and the Gunsmith, along with possible new mechanics.

It’s also possible Warzone 2.0 will get a release date and a full reveal, with information about the main battle royale map, features, and how it’ll relate to Modern Warfare II. It’s unclear what exactly will be shown in relation to Warzone 2.0, but considering it’s supposed to launch in the fall of 2022, it would make sense for Activision to reveal the game during this Next event.

If minimal information about Warzone 2.0 is revealed during the Next event, the company will need to deliver yet another showcase pertaining to the battle royale sequel later on, ahead of the game’s full launch.

Either way, the upcoming Next event should be packed with details about COD’s immediate future, so there’s plenty to look forward to.