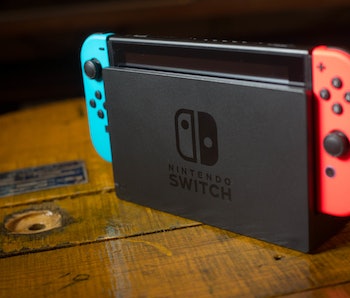 Hey! Listen! What makes The Legend of Zelda: A Link to the Past one of the greatest video games of all time? Is it the engrossing story, its sense of adventure, its fiendishly clever dungeon designs? Yes. Perhaps the greatest SNES game of them all, certainly the definitive pre-Ocarina Zelda game, and by every standard one of the most influential games ever made, Link to the Past showed the depths of Hyrule like never before.

Link to the Past is available for free in Nintendo's library of NES and SNES games, included with your Switch Online subscription.

The game throws you almost directly into the action. Link is living with his uncle, who is called away late in the night on a mysterious quest. Link catches his uncle in the act, risen from slumber by the telepathic cries for help from a mysterious voice.

It’s obvious to players now that this is Princess Zelda, of course, but imagine unwrapping the game in 1992 without any real knowledge of the Zelda mythos. Link is suddenly compelled to leave his house in the middle of a stormy night and venture into Hyrule Castle, unsure of why he’s doing this and who he’s helping. He finds his uncle, dying. Link presses forward into the unknown, fighting off rats, snakes, and brainwashed castle guards.

There’s such a tremendous propulsion in the first section of Link to the Past that once the first castle is defeated, once you’ve rescued Zelda and met the priest and are sent out on a quest for the Master Sword, that you encounter the bigger shock: that there’s so much else to play! The world, especially for a 16-bit system, feels huge.

The core of the game moves from dungeon to dungeon, and it’s here that Link to the Past really shines. Each building is designed with an intricacy that is easy to miss because it feels so seamless. While not a roguelike like Super Metroid, the effect is the similar: you feel stronger as you go press onward, learning from mistakes time and time again.

The one area that a modern gamer might find concerning is control. Playing a SNES port means using SNES controls, and that means four directional buttons. There were quite a few times when I was trying to throw a paralyzing boomerang, or stabbing a skeleton with my short sword, that I forgot I couldn’t do anything diagonally. It takes a bit of adjustment.

But otherwise, the graphics don’t stand in the way of a terrific game. The enemies in the dungeons are surprising, like the Eyegores who can only be attacked when they open their eye or the anti-faries who chase Link around and cause all sorts of frustration. The traps require split-second timing and planning, especially the challenges from Gargantuan Balls.

The bosses are wonderfully gross and evil, especially the notoriously hard Moldorm, a giant worm that moves erratically and has a tendency to knock Link down several levels.

If you’ve been playing Breath of the Wild on repeat since quarantine began, played through all the DLC, and are still waiting around for the sequel, it’s worth exploring Link to the Past.