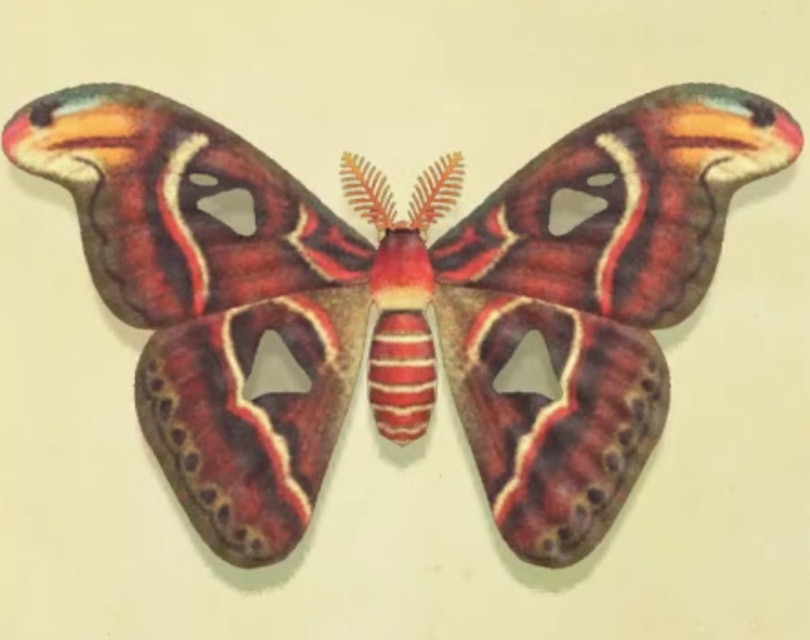 Animal Crossing: New Horizons is breaking Nintendo Switch sales records the world over, and even cool people like Maisie Williams and Brie Larson are getting in on the action. Each new month in the game brings a host of critters and fish to collect. Among the most sought-after of April's crop is the Atlas Moth, which you can sell to Nook's Cranny for a whopping 3000 Bells each. Looking to track a few down to complete your Critterpedia and purchase some spiffy decor items for your island getaway? We've got you covered.

Assuming you aren't using time travel to mess with your calendar, April 1 brought a variety of creatures to your island abode. One of them is the Atlas Moth, and it's one of the largest in the world, with recorded specimens clocking in a whopping wingspan of more than nine inches. This is very gross to think about, but you'll need to stomach it if you want to make some easy cash.

The Atlas Moth is nocturnal in nature, and pops out in the evening and nighttime hours between 7 p.m. and 4 a.m. in your time zone. If your island is in the Northern Hemisphere, this variety of moth will be around from April until the end of September. If you opted to put down roots in the Southern Hemisphere, this fluttery fellow operates on the opposite schedule, appearing from January until March and October through December.

If you're wondering where to find one, they won't just show up any old place. They're likely to spawn on pine trees and palm trees, so don't bother busting out your net around your fruit trees if you're hunting for one.

Once you spot one, there's the delicate matter of the approach. Like most bugs you spy on trees or flowers, you'll need to creep up on them cautiously. Wait for the Atlas Moth to stop moving, then approach slowly with your net poised to swing.

As with all your natural specimens, you should take your first one to Blathers to add to the Museum collection. We all know our tweedy owl friend doesn't care much for bugs, so here's what he has to say if you ask him for more info about it:

The Atlas moth is a monstrous thing! Not only is it one of the largest moths in the world... The tips of its wings look rather like the heads of venomous snakes! Despite its largeness and loathsome looks, the adult Atlas moth lives only for a few days. It emerges from its cocoon without a mouth, you see...and so cannot eat. I feel for the poor thing...but it is still foul!

Animal Crossing: New Horizons is out now for Nintendo Switch.