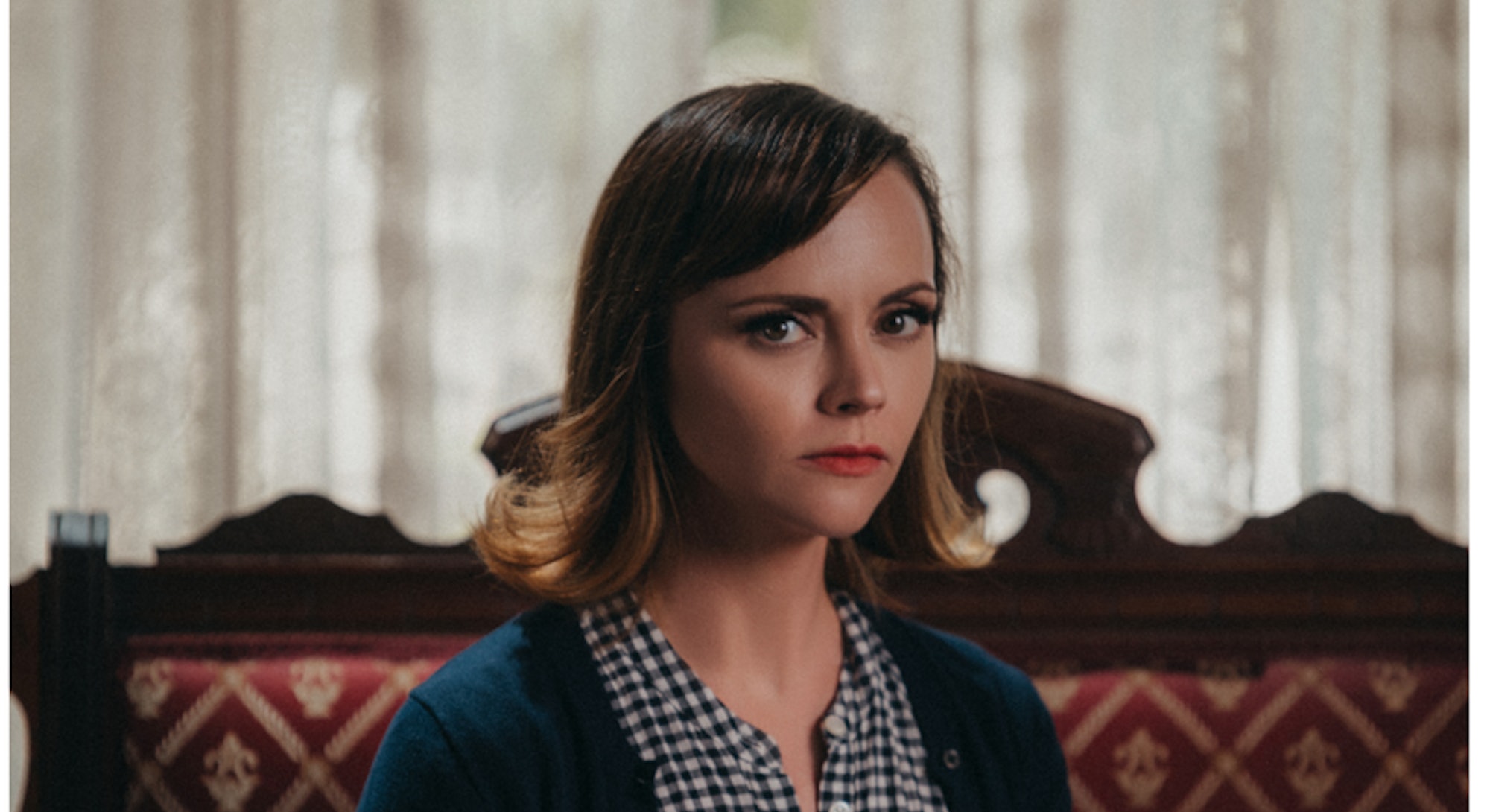 Christina Ricci is a Jill of all trades.

From starring as Wednesday Addams to her role in the Wachowskis’ Speed Racer, she’s always been able to hop between genres with ease. Now, decades later, her career is no different. After starring in surprise runaway hit Yellowjackets as the conniving nurse-turned-hostage-holder Misty, she’s moved on to something a bit more atmospheric.

Monstrous, premiering in theaters and VOD on May 13, is a completely different role for the actress, but it’s nothing she’s not up for. The psychological horror follows Laura, a young mother who escapes her ex-husband to start a new life with her son, only to discover that nothing is as it seems — including Laura herself.

“I was a huge sci-fi fantasy geek when I was little and I've always wanted to do a fantasy project.”

Ricci is also planning a return to the franchise that made her a household name in Netflix’s upcoming series Wednesday, and then, of course, there’s the second season of Yellowjackets. She spoke to Inverse about her varied career, her dream projects, and her childhood love of fantasy.

Inverse: What will fans of Yellowjackets like about Monstrous?

Christina Ricci: Monstrous is a really fun, interesting, and ultimately very emotional movie. It is a film that is stylistically and in tone like a 1950s horror about a woman relocating and escaping what appears to be an abusive husband. When they relocate, the house they move to appears to be haunted. Gradually you realize that things are not exactly what they seem, and this haunting might actually be something else. There are twists in it and then ultimately the heart of the movie is very emotional and upsetting.

How does your character in Monstrous, Laura, compare to Misty?

They're very, very, very different. I think the only thing they have similar is their physicality since I play both of them! Misty is a probably clinically diagnosable character. And then Laura I think has always just had a normal social aptitude, normal emotional levels. But then there's an event in her life that she has a very strong reaction to, a strong trauma response. But I think before this happened she was probably just a perfectly happy human being, which is not Misty's story at all.

When you were filming Yellowjackets, did you know it was going to be the runaway hit it became?

We all thought the show was really good. We kept saying, “I think it's really good, guys.” But I don't think any of us thought that in its first season it would be as big a hit as it is. I kind of thought maybe the first season would go well and we'd get our pickup, and then the second season would be a hit. I thought the show would build more gradually. I don't know enough about TV to be able to really analyze it, but I don't think any of us expected it to be such a huge hit first season.

“I don't think any of us expected it to be such a huge hit.”

What can you tell us about Wednesday, the upcoming Netflix series?

It was amazing working with Tim [Burton] again. And I think this is a really interesting meeting of two genres. Tim Burton doing young adults in the world of the Addams family I think is really fun. Gwendoline Christie's in it and she's amazing. And then Jenna [Ortega] is incredible as Wednesday. It's a really smart, charming portrayal of Wednesday.

You’ve had an incredibly varied career. Are there any genres you haven’t explored that you’d like to dip your toes into?

I am really into the idea of doing something not quite Western, but pioneer, like the Donner party. I guess you'd call that Western, but I don't want it to be the kind of Western where you have to be dirty all the time.

I was a huge sci-fi fantasy geek when I was little and I've always wanted to do a fantasy project. I loved the David Eddings books, and, of course, all the Dune books.

“I am really into the idea of doing something not quite Western, but pioneer, like the Donner party.”

Have you seen the new Dune movie?

I haven’t actually seen it yet! I really am emotionally tied to the David Lynch version. It's not anything like the book, but I love it.

Speaking of sci-fi and fantasy, would you accept a Marvel Cinematic Universe role?

Yes, of course! I would totally do it.

Are there any roles that you've done in the past that you feel are underappreciated?

I always think of the Ang Lee movie I did, Ice Storm. I think that's a really incredible film, and I don't think that many people remember it.

Do you have any Yellowjackets fan theories?

No, I don't. I stay completely open and ready for whatever it is they're gonna throw my way. I think it's easier to do that than to get attached to a theory.