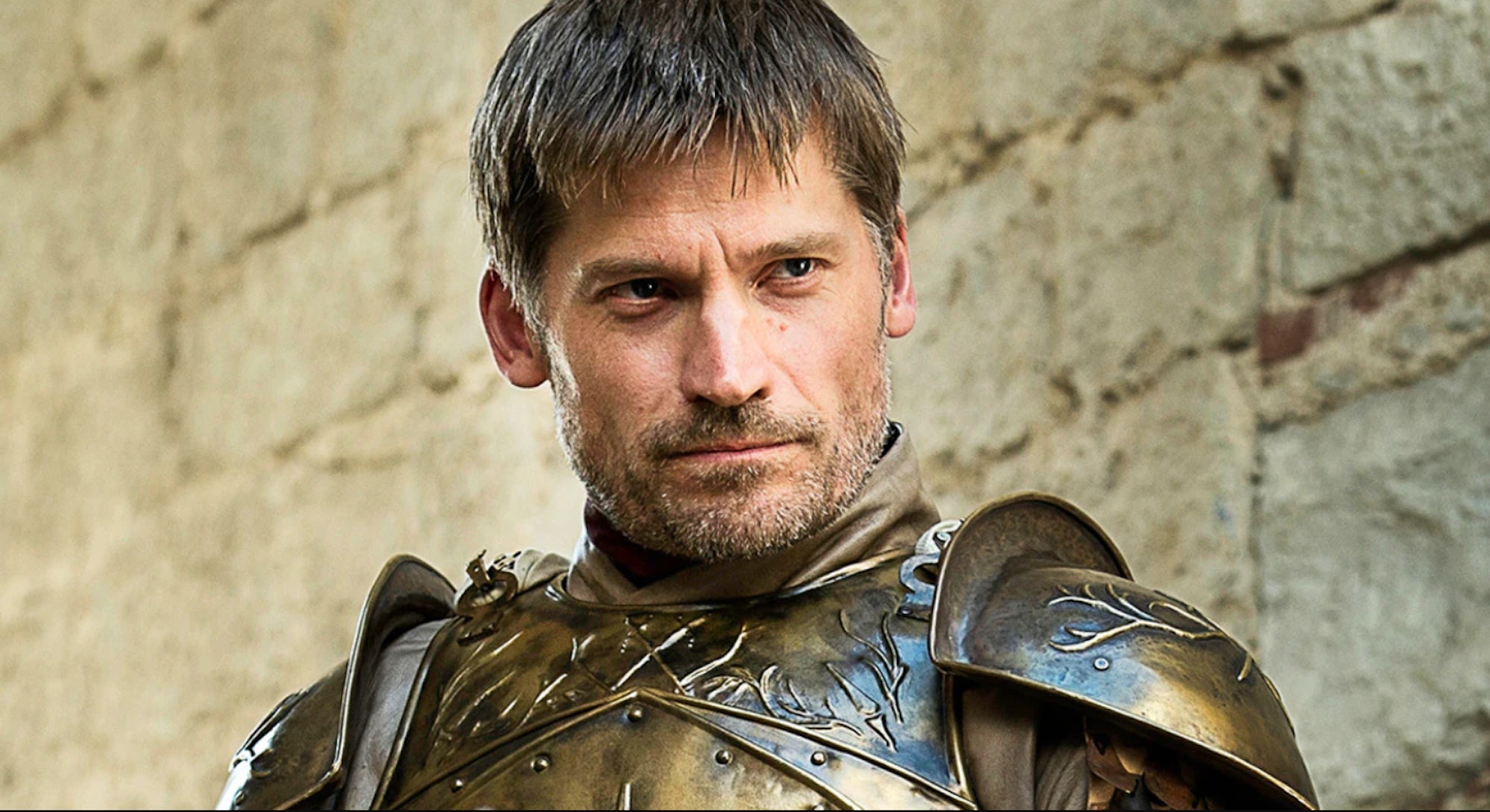 For Jaime Lannister fans, the final season of Game of Thrones was particularly devastating.

Back when George R.R. Martin first sat down to outline the story for what became his A Song of Ice and Fire series, Jaime’s arc looked a lot different than how it played out in the final season of HBO’s Game of Thrones. Hellbent on power and violence, Jaime ruthlessly kills everyone with a claim to the Iron Throne and rules the Seven Kingdoms in place of his son Joffrey. Jaime may not have gone all tyrannical on the show, but the series didn’t do him any less dirty. With Winds of Winter, Martin’s long-delayed sixth book in the series, there’s an opportunity to resolve Jaime’s arc and go all-in on his relationship with Brienne.

Game of Thrones is littered with interesting characters, impressive story arcs, and an ever-changing political landscape. However, arguably none were quite so intriguing as Jaime’s journey from treacherous villain to reluctant hero. It’s a far cry from his early days, which were shadowed by his reputation as Kingslayer, a name bestowed upon him after he killed Aerys II Tagaryen, known best as the Mad King, during Robert Baratheon’s rebellion to usurp the throne.

Jaime began the series as an arrogant, self-serving jerk whose only loyalty was to his sister-lover Cersei, a devotion he proved when he threw Bran Stark out of a window to keep their affair a secret. However, that was the first step on his path toward humility, honor, and redemption, which began after his imprisonment by the Starks and subsequent promise to help Brienne of Tarth, Catelyn Stark’s sworn sword, rescue Sansa and Arya from King’s Landing.

Brienne and Jaime never make it to King’s Landing and are forced to go their separate ways for a while. However, it’s on this journey with Brienne that Jaime is beaten, mutilated, and humiliated, losing the respect he once had as a member of the Kingsguard. At his lowest, he manages to forge a deep connection with Brienne, their antagonistic relationship turning into one of affection and mutual respect. Brienne’s loyalty, kindness, and eithics are in opposition to who Jaime is as a person, at least at first.

Brienne is one of the few people who sees Jaime as he could be. Brienne sets an example of what being a stalwart warrior truly means and, through her strength of character, Jaime learns what it means to care for people, to see beyond himself, and stand up for something. They’re practically the definition of enemies to friends to lovers.

“In this light she could almost be a knight.” — Jaime Lannister, about Brienne of Tarth

By Season 8, Jaime has finally abandoned Cersei, untangling himself from their toxic relationship. He still loves his sister, but he can no longer stand by her side. It’s a turning point for Jaime, a spectacular moment that sees him finally putting his foot down, which purposely sets him on a path to fight on the side of previous enemies.

He then rides to Winterfell to join the North and warn them of Cersei's plans against Daenerys Targaryen. Season 1 Jaime would never have dreamt of doing such a thing. What’s more, returning to Winterfell meant coming face to face with Bran — now the Three-Eyed Raven — for the first time after tossing him out the window. Forced to face past sins and willingly joining a fight for noble reasons, Jaime’s story finally comes full circle. In a show of true growth, Jaime formally knights Brienne, fulfilling her dreams of becoming a Knight of the Seven Kingdoms.

As Game of Thrones fans know, Jaime’s redemptive arc is all but thrown out the window shortly after. In the episode “The Last of the Starks,” he and Brienne hook up, finally surrendering to their pent-up sexual attraction to each other. It’s a long-time coming, but Jaime ruins it when he decides to head back to King’s Landing to be with Cersei. Why? Because “She is hateful, and so am I,” he says. Perhaps one of the worst things about his departure is that it leaves Brienne begging him to stay — a decidedly un-Brienne thing to do.

“I've lost a hand, a father, a son, a sister, and a lover... And yet they keep telling me House Lannister has won this war.” — Jaime, A Storm of Swords

There’s still hope that Jaime’s redemption won’t be undone in the pages of The Winds of Winter. A Dance with Dragons left off with Jaime and Brienne poised to rescue Sansa Stark from Sandor Clegane, aka the Hound. Brienne tells Jaime he must accompany her alone to find Sansa, or else the Hound will kill her. (This is a trap set up by Lady Stoneheart, the undead Catelyn Stark, and Brienne’s forced to lead Jaime there under threat of death. It’s complicated.)

Sure, this storyline sounds like a recipe for disaster and suggests Jaime and Brienne’s relationship won't end well. By this point in A Dance with Dragons, however, Jaime still hasn’t gone back to Cersei, who asks him to be her champion in a trial by combat during A Feast for Crows. Instead, he asks that the letter be burned, indicating that he’s already severed ties with her, even though she’s been imprisoned by the High Septon. It’s possible Jaime will realize Brienne’s involvement in the trap is not her choice and The Winds of Winter will see them back together again as partners.

Beyond that, Jaime’s journey has more or less been on the path towards redemption in A Song of Ice and Fire. The choices he continues to make, such as refusing to storm a castle by force, imply that he’ll carry on making decisions that are more in line with the knightly ideal he once sneered at.

One can argue that Jaime’s self-loathing and refusal to see himself as a good man is what leads him back to Cersei in Game of Thrones. However, A Feast for Crows has already shown that Jaime wishes his men would call him “Goldenhand the Just,” after hanging outlaws, suggesting that he already sees himself as a just and righteous man and doesn’t need to go back to old habits and relationships to make himself feel whole.

For all we know, The Winds of Winter could lead Jaime to make choices that might lead him down an entirely new path. Still, the groundwork has already been laid and Martin has the opportunity to carry on with his development without regressing his character or dissolving his relationship with Brienne.