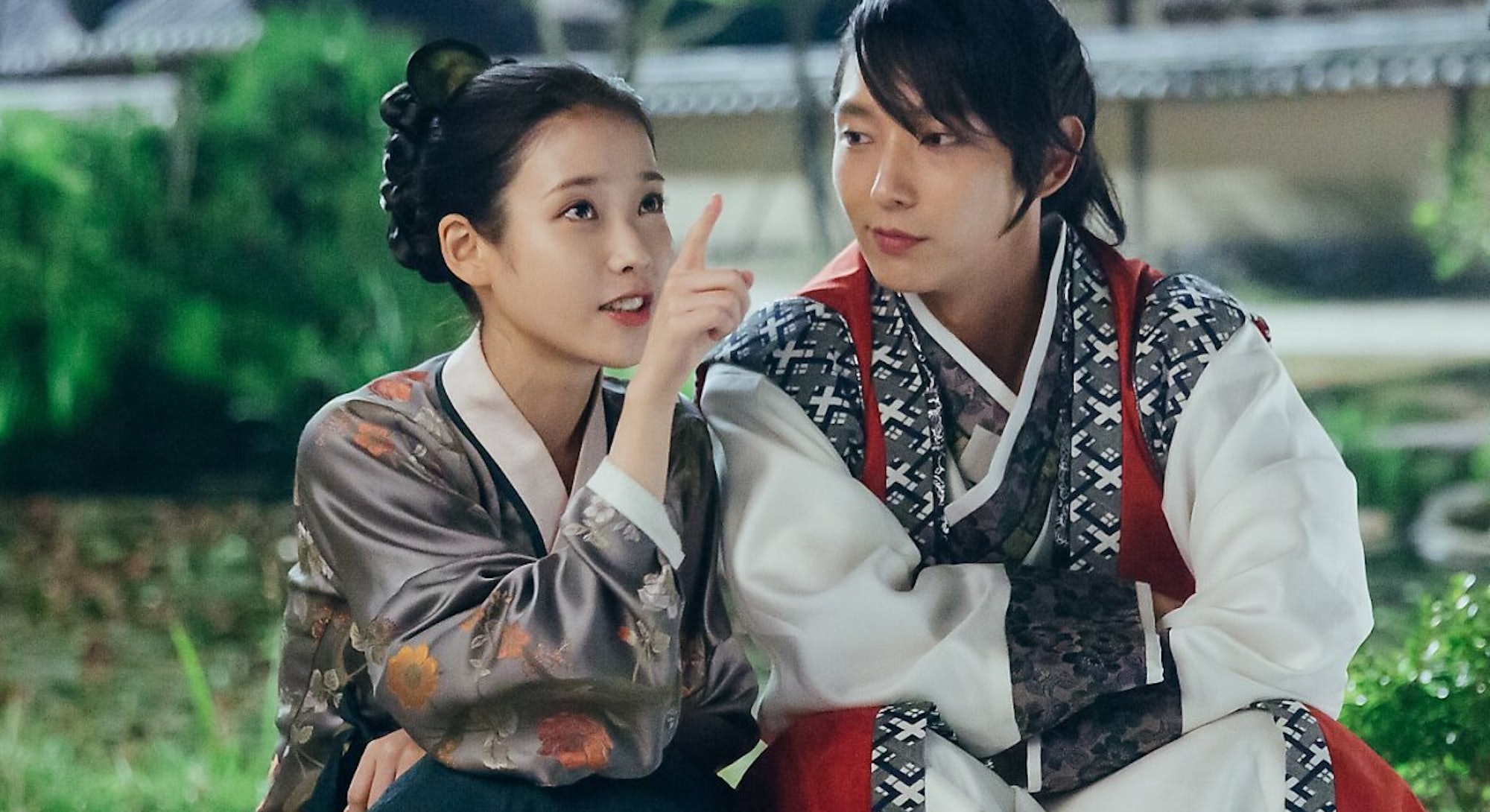 Americans are deeply familiar with the classic time-travel trope.

Someone travels backward or forwards in time, often with the aid of technology, messes with the history as it was (or is to be) written, and then has to deal with the consequences. (Meanwhile, viewers struggle to navigate the myriad plot holes that tend to emerge.)

But most Chinese and Korean dramas approach time travel completely differently. Instead of having protagonists travel bodily back and forth in time, these works use a concept known as transmigration, which combines soul migration with time travel.

"When the general public talks about these concepts in [Korean] film and television, they typically speak of specific tropes like time travel, reincarnation, or a second chance at life, rather than using one word that encompasses all the meanings that ‘transmigration’ includes,” Sarah Chung, founder of Dramabeans.com, a K-drama fansite, tells Inverse.

Transmigration simply means the movement of a soul between worlds and time. In Korean and Chinese dramas that use it, the protagonist's soul suddenly migrates between realms and takes up residence in an existing person's body (think: Quantum Leap only without the technological component and generally in a more distant time period). It differs from reincarnation or rebirth stories common in Chinese and Korean pop culture, in that the “time traveler” is not reborn in the same world.

"Many transmigration storylines are a form of shuang wen (爽文), where the protagonist goes on a journey as they conquer obstacles and grow as individuals,” E and J, editors of dramapotatoe, a Chinese entertainment site, tell Inverse. "It's a satisfying journey for the audience who relate deeply to those challenges."

The concept has many variations, but the core aspect of a transmigration drama is the transcendence of time and space — but for both cultural and political reasons, the variations can be quite specific.

THE RULES OF TIME TRAVEL is an Inverse special issue exploring the evolution of science fiction's most imaginative sub-genre. From Marty McFly to Avengers: Endgame

In Chinese media, transmigration is broadly known as chuānyuè (穿越) — though there are distinct subgroups within the genres — while in Korean media, it’s known as hoegwi (회귀) or bing-ui (빙의), or a combination of the two.

"Transmigration — as we see it in books and dramas today — isn't connected to traditional literature; it's very contemporary," AvenueX, a Chinese drama reviewer on YouTube, tells Inverse. "It didn't begin until the 1980s or ‘90s, and it first appeared in novels."

Xún Qín Jì (寻秦记) was a 1997 time travel novel in which a 21st-century secret agent uses a time machine to transport himself to the Qin dynasty and uses his knowledge to shape historical events. Although it's not exactly a transmigration story, Xún Qín Jì was instrumental in the development of the genre, and its 2001 drama adaptation, A Step into the Past, became the prototype for modern transmigration dramas.

Xiran Jay Zhao, the New York Times bestselling author of the Iron Widow trilogy and a Chinese history/culture YouTuber, notes that since the inception of the trope, many distinct subgenres of transmigration have developed.

“Chuān shū (穿书) translates to ‘transmigrate into a book,’” they tell Inverse. “For example, in The Romance of Tiger and Rose, screenwriter Chen Xiaoqian (Zhao Lusi), transmigrates into her own historical screenplay."

In Korea, the rise of transmigration stories follows a long-standing interest in reincarnation in Korean media.

"I've observed reincarnation as a popular topic in Korean dramas, more than transmigration," Sara Bechtol, editor for the Netflix Korean entertainment channel The Swoon, tells Inverse. "They usually depict poor, hardworking characters who are reborn as wealthy, accomplished people, or in some circumstances, humans who are reincarnated as animals or nature.”

"Hwansaeng (환생) means 'reincarnation,' and it refers to characters who may or may not remember their previous lives,” Dramabeans’ Chung explains. “Furthermore, some stories may contain elements of more than one trope. A combination of these tropes is referred to as hoe-bing-hwan (회-빙-환)."

Its origins can also be traced back to early 21st-century time-travel novels.

They add, "China was the dominating nation in the area at the time, in contrast to all the humiliation and misery of the 19th and 20th centuries. This, paired with the stunning aesthetics of pre-colonial fashion in C-dramas, means that there's always a large number of transmigration dramas releasing at any moment.”

Coca Xie, TV host, producer, and founder of China Entertainment Group, tells Inverse that Chinese audiences love stories about men who write poetry and fall in love with beautiful women, or swordsmen who travel around to save the world.

“Audiences enjoy the anticipation of what the protagonist will do...”

“Many of these dramas are based on stories we grew up with, such as Journey to the West (1986) and Romance of the Three Kingdoms (1994), and they remind us of video games we used to play as kids. As a result, there is a strong nostalgic impact," Xie says.

“Because Chinese people know our history so well,” Zhao says, “We love imagining what we’d do if we were thrown back in time with all the knowledge in our minds, especially at crucial historical junctions where one change can have huge historical ripple effects.”

Zhao gives A Step into the Past as an example. The story follows a protagonist who transmigrated to the end of the Warring States era of China when the boy meant to become the first emperor of China dies.

“So now, he has to place another boy in his place and ensure that the right sequence of events still ends up happening, or there’s literally gonna be no China in the future to return to,” Zhao explains.

"Likewise, Scarlet Heart takes place during a turbulent period in which the Kangxi Emperor's numerous sons vie for the throne, but the transmigrated protagonist already knows who will triumph,” they add. “Audiences enjoy the anticipation of what the protagonist will do with their knowledge of how things should proceed and if their actions would affect events."

Korean pop culture, as in America, was deeply invested in the standard time travel tropes — one person, moving bodily into new periods until the adaptations of Chinese transmigration dramas became so popular.

Thousand Years of Love (천년지애) (2003) was the first Korean time travel drama, which focused on Princess Buyeo Ju (Sung Yu-ri) of the Baekje Dynasty (18 B.C. - 600 A.D.) who travels to 2003 while trying to avoid the advances of her Kingdom's conqueror, Silla General, Kim Yu-Seok (Kim Nam-jin).

The drama was a pioneer at the time, and over the next two decades, it inspired dozens of period-era time travel dramas, including Rooftop Prince (2012), Faith (2012), Splash Splash Love (2015), and more.

“...a pleasant form of escapism”

However, it wasn’t until the release of Moon Lovers: Scarlet Heart Ryeo (달의 연인 - 보보경심 려) in 2016 — based on the Chinese novel-turned-series Startling by Each Step (步步惊心) which aired in 2011 — that transmigration became more popular among K-drama fans.

"Scarlet Heart Ryeo and Mr. Queen are the few K-dramas in which one soul travels across time to a different body," The Swoon’s Bechtol says; each was adapted from the Chinese original. "In dramas, the majority of soul-swapping takes place in the same timeline, and standard time travel dramas usually involve a character physically entering the past or future."

"The dramas may also include ludicrous shenanigans whether it's a high schooler in an adult body or a modern-day chef in a Joseon Queen's body," she adds. "This content is a pleasant form of escapism, but the lessons the characters acquire may also be relevant."

It also allows Korean storytellers to distinguish their work while remaining true to concepts viewers love.

The popular Chinese web series, Go Princess Go! (太子妃升职记) — the story of a modern playboy who transmigrates 1,000 years back in time and into the body of the Crown Princess (Zhang Tianai) — was abruptly removed from the website of its production company, LeTV, in 2015. A week later, it was re-released, after a third of its original content had been edited out.

It was assumed that the drama was pulled down because of its LGBT-positive content — which was verified in 2016 when the Chinese State Administration of Radio, Film, and Television (SARFT) issued a new set of guidelines to regulate web dramas stating that feudal beliefs — including soul possession, reincarnation, witchcraft practice as well as, homosexuality and extramarital affairs — would be prohibited in future web dramas.

It was not the first time that Chinese authorities got involved in the content of Chinese-produced time travel dramas.

In 2011, the SARFT released a report criticizing time-travel dramas for their "bizarre plots, absurd techniques, and feudal superstition," and then expressed disapproval of these shows at a conference the following month, citing their “inaccurate history, exaggerated performance, and frivolous content.”

The SARFT then issued six guidelines in 2012 for the development of TV dramas, including one which stated that "historical dramas in ancient costumes should not create comedy." (Many shows had to be canceled since many transmigration dramas at the time were set in the historical past and were intended to be funny.)

Still, despite the new rules, new transmigration shows such as Joy of Life (2019) and The Romance of Tiger and Rose (2020) have passed the censors by adopting novel writing or dream setups, or by setting the story in fictional dynasties.

In South Korea, transmigration dramas are less regulated — but if one distorts Korean history, it too may be canceled or "pulled back."

This was the case with Mr. Queen (철인왕후), a 2020 Korean drama following a modern chef who finds himself in the body of Queen Cheorin (Shin Hye-sun) during the Joseon era. He struggles to adjust to his new body, navigate palace rules and maintain his relationship with King Cheol Jong (Kim Jung Hyun). It garnered over 4,000 complaints from viewers dissatisfied with the show's historical inaccuracy (as well as the derogatory remarks made about Koreans by the original Chinese novel author, Xiancheng).

As a result of the complaints, the subcommittee of the Korea Communications Standards Commission (KCSC) announced that the drama would receive "administrative guidance" for its controversial scenes.

For AvenueX, who has been reviewing Chinese dramas for nearly five years, transmigration has become clichéd and overused.

"I think chuānyuè dramas are a little out of fashion these days," she says. "There are just too many works in this genre that have been thoroughly exploited and overwritten."

While AvenueX acknowledges that transmigration is a good plot device for creating interesting scenarios, she is concerned about the genre's future in the drama landscape that has become increasingly concerned with making more money rather than delivering great, original content.

As for movie creators in South Korea and overseas, transmigration may be exactly the thing needed to spice up a boring time-travel story.

The most popular transmigration K-dramas have been adaptations of Chinese works. However, as the trope becomes more prevalent in the media, we should expect additional dramas based on original works, which may provide something truly unique and unexpected.