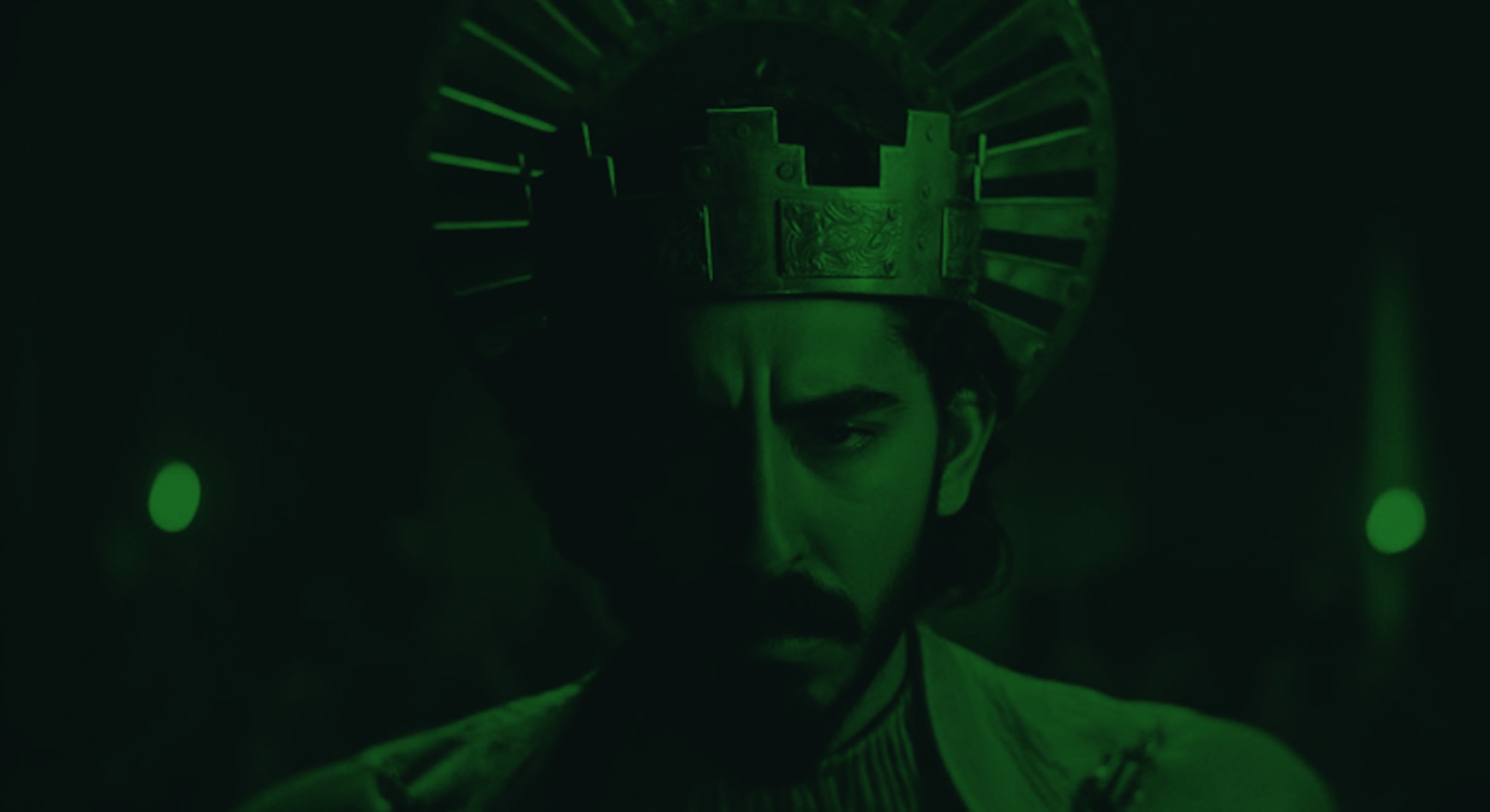 Waves of fog drift and surround the man as he rides his horse across a field of dead, partly buried soldiers.

The scene comes alive in a single, uninterrupted take, the accumulative effect of which takes your breath away. Yes, The Green Knight is writer-director David Lowery’s most ambitious and bold film yet. It might also be the best movie of 2021 so far.

This man on a horse is none other than Sir Gawain (Dev Patel), the hedonistic nephew of the legendary King Arthur (Sean Harris) and the focus of A24’s spellbinding new medieval fantasy epic.

Based on the famous Arthurian poem, Sir Gawain and the Green Knight, the movie starts out resembling a fairly typical medieval adventure. The earthly titular knight (Ralph Ineson) presents a challenge to Arthur’s roundtable, including Queen Guinevere (Kate Dickie).

But Lowery’s spin on this story unfolds into a fever dream once Gawain, unlike his uncle, accepts the Green Knight’s challenge and embarks on a frightening year-long journey.

Lowery steadily emerged over the course of the 2010s as one of the most talented and interesting American filmmakers making movies. Indie darlings and underrated studio gems proved Lowery capable of fulfilling productions of differing sizes and subject matter with consistent control and integrity. With The Green Knight, Lowery reunites with A24, the indie film powerhouse that distributed A Ghost Story in 2017.

It’s not just Lowery who leaves an enduring impression with The Green Knight. Cinematographer Andrew Droz Palermo populates the film with a procession of breathtaking images, to the point where every frame is worthy of being hung on a wall. Clichéd as that phrase may be, The Green Knight creates its own aesthetic. The sequence where Gawain rides his horse across a haze of dead bodies is merely one example over the movie’s two hours.

In front of the camera, Dev Patel astounds with a career-best turn as Gawain.

He wades in Gawain’s lustful, indifferent personality at the film's start, turning him into a medieval playboy. Later, he injects more uncertainty, fear, and desperation into his performance as Gawain’s quest becomes more perilous. Whether he’s looking up in astonishment at howling giants or negotiating with the spirit of a determined woman, Patel conveys all of Gawain’s struggles and contradictions with a skill that should make him a first-choice movie star in the years and decades to come.

It doesn’t hurt that a cast of proven performers surrounds Patel. Barry Keoghan shines in just a handful of scenes as a talkative and arrogant battleground scavenger. Joel Edgerton and Sean Harris bring charismatic screen presence to what might otherwise be forgettable roles. Second only to Patel’s performance is Alicia Vikander, who plays two separate characters in this story.

The Green Knight gives Vikander the chance to exercise her versatility in a way no film has since 2015’s Ex Machina, and she doesn’t let that opportunity pass her by. As Essel, Gawain’s lover and confidante, she brings a warmth and tenderness that’s totally absent from her seductive, mischievous performance as the lady of a castle that offers Gawain shelter near the end of his journey.

While The Green Knight may be a detour into a new genre for Lowery, the film fits in with his oeuvre. He’s as interested as ever in our unwillingness to let go, and he’s frequently centered his films around characters incapable of leaving — or relinquishing — their hold on their environments.

It’s on this theme that Lowery really goes hard in The Green Knight. His version of Gawain is holding onto multiple things at once: his honor, love, reputation, and life. Those desires are all manifested as physical totems that Gawain tries desperately to keep on his person at all times, including a jingle bell given to him by Vikander’s Essel and an enchanted sash made by his mother (Sarita Choudhury) that’s said to protect him from death.

Gawain’s desire to have the life he wants without giving up anything along the way is ultimately what affords The Green Knight the heart of its drama. He wishes to be a courageous and revered knight like his uncle but does not want to leave the comfort of his castle walls. Similarly, he wants to keep his honor by fulfilling his promise to the Green Knight, but only while wearing a sash that prevents him from being killed.

Those contradictions come to a head (no pun intended) in The Green Knight’s beguiling — and bravely ambiguous! — third act. It’s a risky decision on Lowery’s part, but it ensures an endless number of interpretations of the film’s many themes and twists. I suspect it’ll be accepted as a wise decision by the director among viewers.

At the heart of The Green Knight is a message that has always been in Lowery’s work. For better or worse, sometimes discovering who we are means letting go of the very things to which we hold dear.

The Green Knight opens in theaters on July 30.