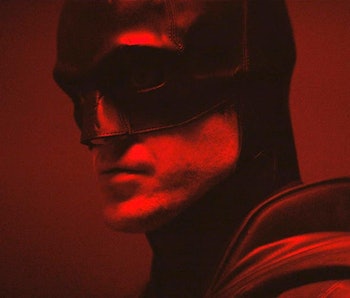 ‘Tis the year of virtual events. In lieu of attending panels and unveiling footage at San Diego’s Comic-Con@Home event in July, DC opted to have one of its own with a lengthy list of celebrity guests for the upcoming 24-hour DC FanDome. Among the listed attendees are The Batman director Matt Reeves and the new caped crusader himself, Robert Pattinson. The rest of the cast is noticeably absent from the roster, but a new leak suggests we cold still see a few of them in the form of our first official trailer.

Fans have been waiting impatiently for new information about the highly-anticipated The Batman, especially after Covid-19 put a stop to production and all set photo leaks. The film has faced several delays due to the pandemic, with Warner Bros. pushing its release date back from June to October 2021.

Now, a leak (via Reddit) from voice actor Alexander Gavrilin indicates that a teaser for the film will drop during DC FanDome. Gavrilin apparently posted the photo to his Instagram but then immediately deleted it. That said, the leak is worth noting because Gavrilin has dubbed Pattinson’s roles in Russian. Take a look at the teaser of the teaser below.

On Reddit, fans speculated over exactly what this could mean. Will DC unveil a 30-second teaser for The Batman? Is it a longer trailer with a quote from Commissioner Gordon (played by Westworld star Jeffrey Wright) that cuts in at the 30-second mark? Is this a total fake? We can't say for sure, but it's definitely giving us one more reason to get excited for FanDome later this month.

If the leak is true, then Gavrilin was most likely asked to take it down for fear of fans getting a hold of it (too late). The post all but confirms that Gavrilin was perhaps dubbing the teaser for Batman's Russian fans. DC FanDome will be made available in nine languages (none of which are Russian, by the way).

It’s also possible that the teaser isn’t only for The Batman. During the Super Bowl in January, Marvel debuted a 30-second TV spot that included footage from three of its upcoming Disney+ shows. The same might be the case here and the teaser might be a mash-up of footage from Wonder Woman 1984, The Suicide Squad, and other upcoming DC properties.

Of course, there’s also a chance that The Batman doesn’t yet have 30 seconds worth of footage to show. In any case, the reveal of Pattinson’s bat suit sent the internet into a frenzy, so even a few more seconds will be worthwhile. Either way, any and all details about DC FanDome are being kept on the down-low and it’s hard to predict what to expect. Fans will just have to tune into the event on August 22 to find out for themselves.

The Batman is scheduled to hit theaters on October 1, 2021.