Heat of the Momin

'The Acolyte' has a villain problem. Star Wars comics may hold the answer.

“A Sculptor of the mind” 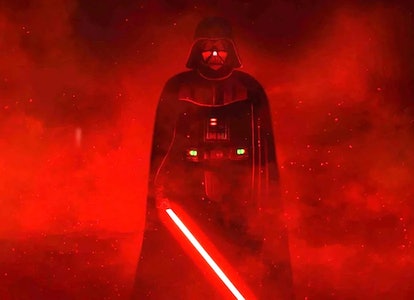 The Acolyte has painted itself into an interesting corner. Unlike other Star Wars series, it’s focused on the Sith, who are the villains of the entire franchise. The series is also set 100 years before the prequel trilogy, so introducing established characters from the franchise is pretty much impossible.

So how will this new series possibly introduce a villain who has ties to the Star Wars narrative, and is evil enough for even the Sith to see as dangerous? The answer may lie in a forgotten comic.

Darth Vader has had a long and illustrious comic book history. In 2015, he met upstart archaeologist Doctor Aphra. In 2020, he began revisiting some old passions (podracing) and old enemies (sand). But in 2017 we followed Vader as he received gifts: The planet Mustafar, and an ancient artifact.

This “artifact” was actually the mask of the ancient Sith Lord Darth Momin, a sadistic Force user and sculptor who rejected the Sith principles of master and apprentice. After all, who could possibly teach him anything if he was the most powerful of them all?

Momin murdered his master, as the Sith are wont created a superweapon that could wipe out cities, but that wasn’t enough for him. At the exact moment the inhabitants of the city he was attacking realized they were doomed, he would use the Force to stop the flow of time and leave the people frozen in terror. To him, it was art.

Momin’s essence is contained within his mask, and Darth Vader encounters the Sith after the mask possesses a random Mustafarian to give Momin a body. Momin gifts Vader plans for a fortress that he claims will increase the Dark Side energies of Mustafar, and even give Vader the power to bring Padme back. However, Momin grows restless and disgusted at how the Sith have changed, prompting a duel that ends in Momin’s demise.

How does all of this factor into The Acolyte? Well, Darth Momin is a villain so evil that he thought the Sith were too compassionate. If that’s not the perfect material for a villain in a Sith Academy-focused show, what is?

Momin is unlike any other Star Wars villain. He’s not evil because of his long history enmeshed in Sith tradition like Palpatine, nor is he evil because of a generational “destiny” like Kylo Ren. He’s evil because he’s a weird jerk who likes to use the Force to craft horrendous sculptures out of bugs.

The Acolyte is set in a murky era of the Star Wars timeline, but that’s not a problem for this theory. In Darth Vader #22 we see a flashback to Momin’s past, but it’s unclear when that flashback is set. He could be a century old, or a millenium. That aspect of his character is flexible, making it easy to line up his story with an upcoming show.

If The Acolyte is going to make us sympathize with the Sith, a faction that has been universally painted as unmerciful and evil, then the show’s villain needs to be truly monstrous. Darth Momin fits the bill. He’s basically Star Wars’ Hannibal Lecter, and even the Sith would find that a bit much.