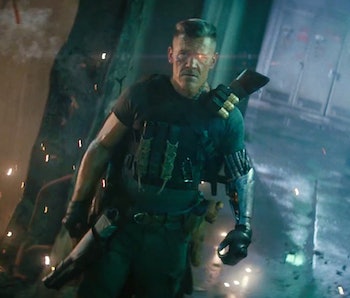 Konstantin Stanislavski, the revolutionary actor and director, asked his students to understand the physical parameters of their theaters. There was the back wall behind the actors, the first wall. And then there were the two walls on the side of the theater, the second and third walls. But then came a wall that wasn’t physical: The invisible line separating the audience and the performers, the fourth wall.

Stanislavski, whose methods are still studied today, wanted actors to perform in a sense of “public solitude,” acting on stage as they might in private. But when movies emerged, the idea of public solitude started to feel flimsy. The audience and the actors weren’t in the same space; the imaginary fourth wall between performance and viewership was suddenly real. Comedians like Laurel and Hardy and Groucho Marx began appealing to the audience directly, creating an intimacy that would be impossible in theater. Suddenly, everyone in the audience felt like they were being told a private joke.

This feeling persists throughout Deadpool and Deadpool 2, directed respectively by Tim Miller and David Leitch. Breaking the fourth wall was commonplace by the time these movies came out in 2016 and 2018, of course. But perhaps no movies have bought into the concept so fully. They constantly make sure audiences are aware they’re watching Deadpool and Deadpool 2. Sometimes this gets in the way, but sometimes it works.

With a fake-out opening credits scene, Deadpool immediately begins its conversation with the audience. The movie stars “God’s perfect idiot,” “a hot chick,” “a British villain,” and so on. Playing over a bullet-ridden car crash and Juice Newton’s “Angel of the Morning,” references start to pile up. There are pictures of Ryan Reynolds spoofing his earlier attempt at superherodom in Green Lantern, a reference to his being named Sexiest Man Alive in 2010, character co-creator Rob Lielfield appears on a coffee mug, and so on. Miller said they “had more, but we took them out because it was confusing.”

These flash by quickly, but they set the tone for the movie. On the one hand, some of this frequent self-referentiality can be exhausting. Yes, I understand I am watching Deadpool, and that Deadpool as a character breaks the fourth wall. But it also speaks to a personal touch that’s rarely been seen in superhero movies since. Reynolds wants the viewer to understand, in crystal clear terms, what he loves about this character.

Watching the first Deadpool movie today, what’s fascinating is how no other superhero movies have been as willing to play with eroticism. The movie’s R rating isn’t just because of the violence. Nudity abounds, including several shots of Reynolds’ Wade Wilson. While other adult comic book movies can only think of gruesome action sequences, there’s a whole sex montage between Wilson and his girlfriend Vanessa (Morena Baccarin) that’s both silly and loving.

The first Deadpool movie isn’t afraid of Vanessa, which is why it’s a shame Deadpool 2 moves past her quickly. Maybe it was done solely to create more desperate heroes, but the movie’s sequel stands fairly accused of “fridging” its female characters.

There are moments to enjoy in the sequel, but what makes the first Deadpool really click is its mix of character and character work. The Hollywood Reporter called the movie “the next generation of the metatextual referentiality,” and it was, but it also makes sure to at least pause for a moment to understand Wade Wilson’s pain at being disfigured after his attempt at cancer treatment goes awry. The antics fly further with some solid grounding.

The second movie loses some steam as it ventures into time travel. As in Avengers: Infinity War, Josh Brolin brings his A-game (his appearance in both is noted) as Cable, a soldier from the future, but whenever a character is breaking the fourth wall to attack lazy writing it begins to feel like a dodge.

Reynolds’ determination to get this character onscreen paved the way for other personal superhero obsessions to blossom. Deadpool came before Zack Snyder’s Justice League, Matt Reeves’ The Batman, and James Gunn’s Peacemaker, all projects which seemed to focus more on showcasing a singular character in a singular world than any greater universe. What started as a personal quest ended up becoming consuming in a way only comic book movies can.

Deadpool and Deadpool 2 are streaming on Hulu until May 14.