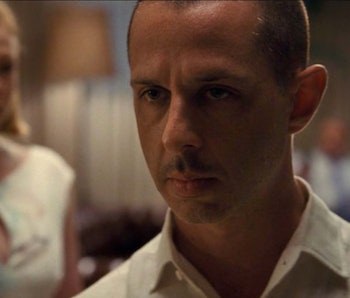 Succession knows how to leave viewers hanging with an explosive season finale episode, and Season 3 is no exception.

The Season 3 finale has fans immediately wondering if the HBO series will be back for Season 4. Whereas Episode 8 had us worried about the future of the characters, the finale was all about the fate of the company. Without Waystar-Royco, well, there is no question of succession.

Here is everything you need to know about Succession Season 4.

Yes, HBO confirmed that Succession would return for a fourth season. The network made the announcement in October 2021, near the start of the show’s third season.

When will Succession Season 4 be released?

There is currently no official release date for Succession Season 4. Based on the timing of the first two seasons, it’s likely HBO will either release the fourth season near the end of 2022 or in early 2023.

However, if there are production delays — like what happened with the third season — it could be a longer wait for fans eager to see what’s next for the Roy family.

Where can I watch Succession Season 4?

Succession Season 4 will return to HBO and its streaming service HBO Max when it releases. For now, you can stream the first three seasons of Succession on HBO Max.

Who will be in the Succession Season 4 cast?

Based on the events in the Season 3 finale, we can likely expect the following main cast members to return for Succession’s fourth season:

What is the Succession Season 4 plot?

Succession Season 4 is expected to continue where the Season 3 finale episode left off. Logan decided to consider Matsson’s offer to buy Waystar-Royco. In Logan’s eyes, selling the company means he wins, and his children lose their chance to take over the company.

Reeling from their loss, Kendall, Roman, and Shiv will need to develop a new game plan. Can they beat their father’s ultimate checkmate? Or will they need to find something new to do with their lives? For Shiv, specifically, her marriage will likely see a reckoning. The final scenes of the Season 3 finale suggest that Tom tipped Logan off about his children’s plan to team up against him.

Is there a Succession Season 4 trailer?

No, there is not a trailer yet for Succession Season 4. Once HBO releases a trailer, we will update this article.

Succession Season 4 is coming soon to HBO and HBO Max.

More like this
Culture
5.19.2022 12:30 PM
Is The Staircase a true story? What the HBO show gets right and wrong
By Meg Walters
Entertainment
5.12.2022 3:00 PM
How Time Traveler's Wife became TV’s most intimate time-travel show
By Dais Johnston
Entertainment
5.12.2022 10:00 AM
How Watchmen uses time travel to explore the sinister cycles of racism
By Chrishaun Baker
Related Tags
Share: