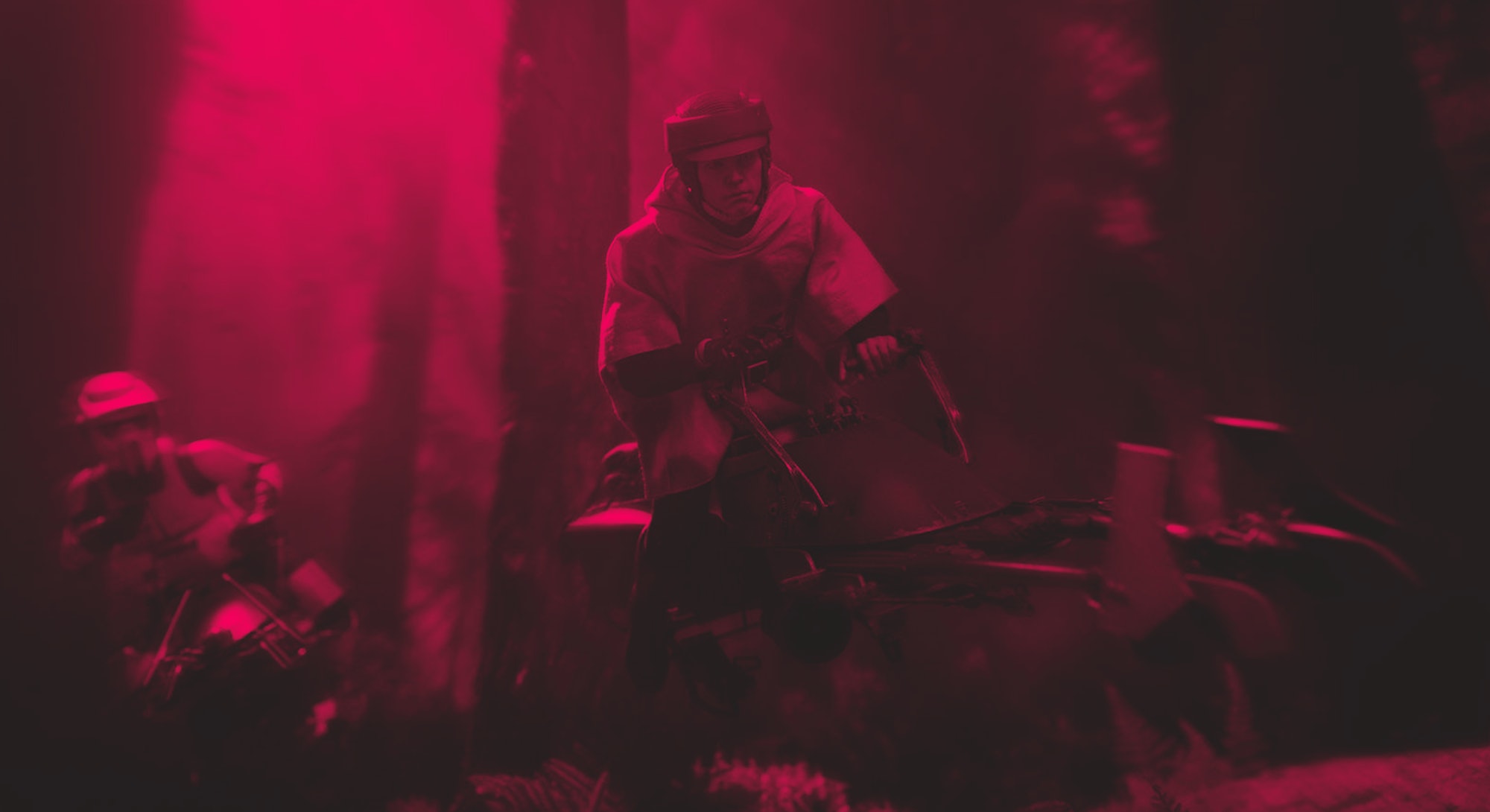 Looking for a gift for the "mature" Star Wars fans in your life? The Force is strong with this one.

The book offers a detailed look through the history of Star Wars creations, from Jabba the Hutt to General Grievous, revealing how the creation process has evolved over the decades.

“Digital sculpting has revolutionized a lot," Spitale tells Inverse. "The painting process has changed things. So they're able to get higher definition and more detail. With digital technology, you can actually zoom in to the pores or the hair on a sculpt and that's a level of fidelity that was not imaginable ten or twenty years ago.”

We chatted with Spitale on his expertise in the Star Wars collectibles arena and learned more about how this eye-popping book was composed, why Sideshow remains a visionary innovator, and where the multi-million dollar collectibles market is heading as we enter a new decade.

A few years ago at San Diego Comic-Con, Greg Anzalone, who's the head of Sideshow, mentioned that they were interested in doing a Star Wars coffee table book that chronicled all the Star Wars product lines they had been working on since the beginning. He knew I'd been part of the development process since day one so he thought I'd be the perfect person to write the book.

I was the Global Manager of Product Development at Lucasfilm for around fifteen years, but I was part of the Sideshow approvals team since the beginning. So for the first ten years of Sideshow's contract, I managed the product lines. I had an active role in the development and line plan and approving the likenesses and did everything from packaging to sculpt, so I was very familiar with the product and it made sense to bring me on board. The book surpassed my expectations! This is a pretty heavy, weighty art book and it's gorgeous.

What has Sideshow done right over the past decade to legitimize and advance the Star Wars collector market?

In looking at the book, it's clear to see just how much high-end collectibles have evolved in the last 10-15 years. The stuff we did, in the beginning, was great for the time, but now seeing what they're doing, I had no idea we could improve that much. Digital sculpting has revolutionized a lot. The painting process has changed things. So they're able to get higher definition and more detail. With digital technology, you can actually zoom in to the pores or the hair on a sculpt and that's a level of fidelity that was not imaginable ten or twenty years ago. It's totally changed the realism and accuracy.

Was there any approval process or guidelines you needed to follow with Lucasfilm for this new book?

I believe it did go through Lucasfilm Publishing approval like any other Star Wars book. For my part, it was mostly working with Sideshow and getting the artists to recall stories and things they remembered about certain items and the development process. Things about the creative process or challenges in either sculpting or painting or fabricating costumes. We let the stories and the memories dictate which pieces we covered and had something to say about.

While interviewing artists at Sideshow, what were some elements of their operation that you were most impressed with?

I was always impressed with the level of detail and the attention paid to things. In speaking with the fabrication team and learning about their challenges in creating the soft goods, I saw how difficult that could be. Trying to find the right material, the right weight and texture, or threading or pattern depending on the different sized figures. Then in trying to weather the fabric and tailor it to fit the body and specific pose, but still allow the figure to move, and not let the clothing lose shape. A lot of that was new to me. Most of my development approvals came from working on the likeness or the pose or trying to remain faithful to the character and expressions.

What are some of the rules or obstacles that come up that are frowned upon when creating a new figure or statue?

As long as you were staying true to the character as portrayed in the film it was fine. For instance, Slave Leia, in that outfit she could be fierce and in control, or inactive and sexy, but she couldn't be happy or at ease. It had to fit the moment in the film and the story. There was never a hardcore list in the office, it was more about capturing the character's integrity and appropriate for that character in that scene. Most of the time licensee people aren't trying to deviate from that. You're wanting to bring the film home in a way. Some of the products that vary from that are the Mythos Line, which is sort of an exploration of the character, from either its backstory or some type of interpretive version of the character, but those pieces are still very faithful even though it's not depicted in comic books or the movies.

Do you have any prized Star Wars collectibles that you've gathered over the years?

The 12-inch line was definitely my favorite because I love the highly-detailed action figures. I really loved what Sideshow was able to do with Cantina Aliens and the Gamorrean Guard. And then some of the 12-inchers that blew me away was when they went to IG-88 and the General Grievous because they had deviated from the 12-inch platform body and these items were fully sculpted and tooled from scratch. They engineered them in such a way that there was so much posability and articulation. When we first started in 2004/2005 I remember my contact at Sideshow saying that they'd never do a General Grievous. Eventually, it became doable and he was definitely representative of how far you could go with that scale and still retain everything.

I also really love the Hoth Han and Luke that they've done, and then when I was working on the book I acquired one of the Luke Skywalker and Snowspeeder pilot outfits and that figure was really nice. Everything has gotten so much more upscale as they've gone along, even from year to year. It's amazing and I still geek out every time I see something new that they release. For the dioramas, I really love the Luke/Han Tauntaun with the Wampa called Ambush on Hoth. We displayed one in the office at Lucasfilm and I remember trying to find the right perch for it because it's massive but it works from all angles. Even with the base and the snowbank and the rock, the sculpting and the paint is so nice. It's just a beautiful piece.

Where do you see Sideshow and the entire collector's market heading into a new decade?

I don't know. I feel like things are changing so much these days in all facets of life. The original Star Wars generation is getting older and more sophisticated. It seems collectors these days have gravitated more to the higher-end, nicer displayable pieces as opposed to the toy market, which was very collector driven for a long time. it depends on where the license goes, if kids keep coming into the brand, and the pocketbooks of collectors, as long as the middle class has spending money. There's so many factors at work. Even space! It takes room to store or display some of these. As the Millennials and other generations grow up they tend to spend their money more on experiences than product, which is part of why toy shelves are so different than they used to be. But all that can change too!