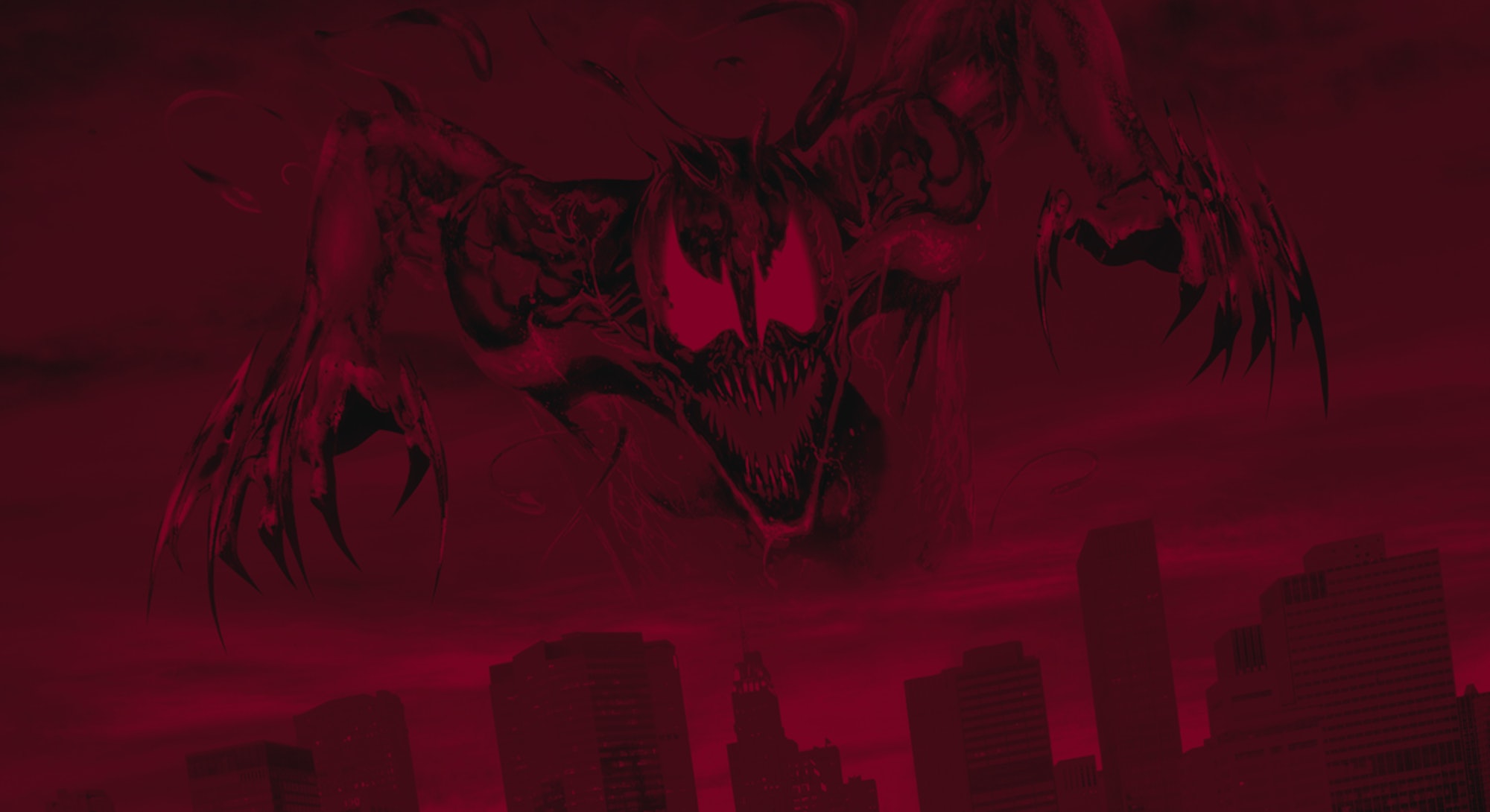 Those were the flavors of ‘90s comics. Nearly everything was pushed to its limits. Big hair. Big muscles. Big belts (with an obscene number of pockets). Big action. And big events.

This was the scene in which the 14-part Spider-Man maxi-series, Maximum Carnage was born into. The comic, which debuted 29 years ago in May 1993, is a perfect example of the comic industry's impulses at the time — for better and worse.

The impact of Maximum Carnage

By the summer of 1993, symbiote fever had reached an all-time high. The popularity of Venom grew exponentially since his debut in 1988 and the villain turned anti-hero had just received his own miniseries, Lethal Protector. Additionally, the symbiote-enhanced Cletus Kasady (aka, Carnage) debuted a year earlier, rocking Spider-Man's world and forcing the hero to do what was then unthinkable: team up with Venom. Needless, to say, fans were hooked on the idea, which meant Marvel needed to find a way to do it again, only bigger.

There was no shortage of Spider-Man titles to choose from that year, and Marvel gave fans a reason to buy them. The story of Maximum Carnage spread across The Amazing Spider-Man, The Spectacular Spider-Man, Spider-Man, Web of Spider-Man, and the newly leased Spider-Man Unlimited. To keep the plot from spinning out of control, an army of writers (Tom DeFalco, J.M. Dematteis, Terry Kavanagh, David Michelinie) and artists (Mark Bagley, Sal Buscema, Ron Lim, Tom Lyle, and Alex Saviuk) joined forces.

The result was a cohesive narrative that would shake the Spider-Man mythos to its core. Or, at the very least, sell a lot of books.

Maximum Carnage sold books and more. It lead to a popular video game adaptation for Genesis and Super NES that most ‘90s kids remember, even if they didn’t read comics. Toy Biz created a tie-in action figure line. There was a Halloween Horror Night event at Marvel’s Super Hero Island at Universal Studios in Orlando, Florida, which led to a gamut of over-priced merch. And most recently, the event served as a loose inspiration for Sony’s Venom: Let There Be Carnage, with Woody Harrelson taking on the role of the psychotic red symbiote to face off against Tom Hardy’s Venom.

Maximum Carnage became a defining Spider-Man event and it did so with a deceptively simple story that pushed the boundaries of comics with a gleefulness that hasn’t quite been captured again since.

What happens in Maximum Carnage?

Maximum Carnage begins with Cletus Kasady (whose symbiote was believed to be dead) breaking out of Ravencroft Institute after slitting his wrists and unleashing Carnage, who had been hiding in his bloodstream. (So metal!) After slaughtering everyone at the mental hospital, he escapes with inmate Frances Barrison, who’s dubbed Shriek.

Meanwhile, Peter Parker and MJ are attending the funeral of Harry Osborn, who recently sacrificed his life to save Spider-Man. The couple is really feeling the stresses of Spider-Man. MJ has taken up smoking, which upsets Peter and inadvertently dates the comic (Marvel Comics no longer depicts its characters smoking following Disney’s buyout). Peter tells MJ he doesn’t want her funeral to be the next one he has to attend (probably not the best time to drop an anti-smoking PSA on your wife).

So yes, everything is very grim, serious, and violent — and this is only in the opening pages.

Meanwhile, Carnage and Shriek hook up with Doppleganger (a six-armed duplicate of Spider-Man who’s more animal than man) and the three form a weird family unit and refer to each other by their familial roles. (Was Carnage the original “Daddy?”)

Under Carnage’s influence, the trio decides to paint New York red and sow blood and chaos. Ultimately, that’s the full extent of Carnage’s plan: wreak as much havoc on NYC as possible while picking up a few other C-list Spider-Man villains, Carrion, and Demogoblin along the way.

Obviously, Spider-Man has no choice but to get involved, despite MJ’s insistence that she’s not going to sit there and watch him get squished. Great power, responsibility, and all that good stuff moves him into action, while MJ retreats into her hard-partying ways.

But Spidey’s not alone in protecting his city. The Avengers and the Fantastic Four are away on separate missions, which means it’s time to roll out the B-team. Spider-Man joins up with Cloak and Dagger, Black Cat, Morbius, Firestar, Nightwatch, and Venom (who has his own ideas about how to handle his offspring, Carnage). Later, Iron Fist, Deathlok, and Captain America join the fight as NYC quickly descends into rioting and looting.

It’s shocking to see how quickly every day New Yorkers descend into anarchy here. The event relies on showing the worst of people, be it ordinary citizens or the beloved Mary Jane. This rage fest is only quelled by a device Deathlok builds to magnify positive emotions. So yeah, it’s a pretty cynical outlook. It’s also one that would go on to plague many ‘90s superhero comics far less fun than Maximum Carnage.

Because when you get down to it, Maximum Carnage is fun. The thin story is stretched thin across 14 issues, but the work of some of Marvel’s bests artists of that time resulted in some incredible pages and character designs.

And speaking of the characters, seeing them interact is a blast, especially lesser-known heroes. Where else are you going to get Spider-Man, Iron Fist, and Deathlok facing off against a murderers’ row of lunatics?

The finale sees Spider-Man trying to stop Venom from murdering Carnage, but the red symbiote has been driven mad by Deathlok’s device after feeling positive emotions for the first time. Despite Spidey and Black Cat’s best attempts, Venom manages to escape after seemingly destroying the Carnage symbiote and rendering Kasady comatose. But, of course, neither are truly gone for good, setting up the smaller symbiote-centric events like Separation Anxiety and Planet of the Symbiotes that would draw the characters together once again.

While Maximum Carnage isn’t the best event involving Spider-Man, Venom, and Carnage, it still has its place in the essential Marvel canon, as both a time capsule and as the event that would lead to better stories in the future, such as Donny Cates and Ryan Stegman’s Absolute Carnage. And really, that’s the gift of ‘90s extremism: messy fun with great art that laid the groundwork for better things to come.